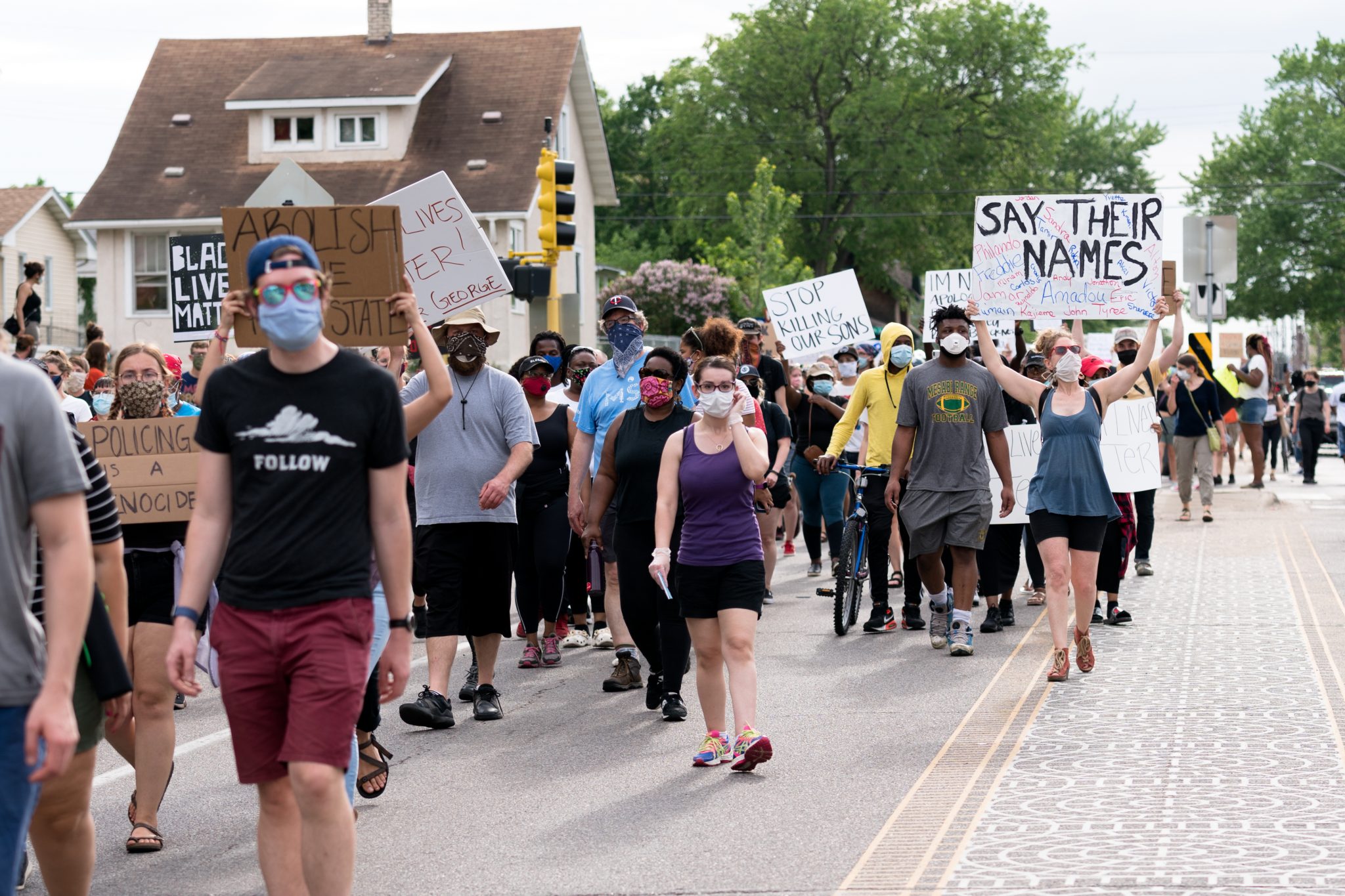 One adult woman was left dead and three bystanders were injured after an SUV ploughed into a crowd of protesters standing in the dark along Lake Street and Girard Avenue in Minneapolis’s Uptown area late Sunday night.

While the driver’s motive is still unclear, a Minneapolis police news release indicated that drugs or alcohol may have been a factor in the crash. The man’s identity has not been released, but he was immediately arrested and taken into custody, Minneapolis police tweeted.

Protests in Minneapolis have filled city streets with vandalism, arson, and assault for the past 10 days after the June 3 death of Winston Boogie Smith Jr., a 33-year-old Black man, during his arrest for possession of a firearm.

A U.S. Marshals Service statement on the arrest said that Smith refused to comply with law enforcement and “produced a handgun, resulting in task force members firing upon the subject.” Though life-saving measures were implemented, the man died at the scene.

In addition to U.S. Marshals, the task force that attempted to arrest Smith included personnel from multiple counties’ sheriff’s offices, the Minnesota Department of Corrections, and the Department of Homeland Security.

After Floyd’s death, Minneapolis City Council members pledged to dismantle the Minneapolis Police Department and replace it with alternative public safety measures and improved social services. While reforms on policing procedures have been implemented, an October survey indicated that council members had backed off their initial insistence on “abolishing” the police.

Even so, the department has had a challenging year. Over 200 officers — nearly 25 percent of the department — resigned, quit, or applied for leave in the months immediately following Floyd’s death. Since then, the department has seen a “25-year low” in recruitment of new officers. Crime has ballooned, with 5,422 violent crime incidents recorded in 2020 and a 250 percent increase in the number of people wounded by gunshots recorded from 2020 to 2021.

In a May statement commemorating Police Week 2021, President Biden acknowledged that the “breakdown in trust between law enforcement and the communities they have sworn to protect and serve ultimately makes officers’ jobs harder and more dangerous.” He honored officers who have lost their lives in the line of duty while blaming the economic repercussions of COVID-19 for strained law enforcement budgets.