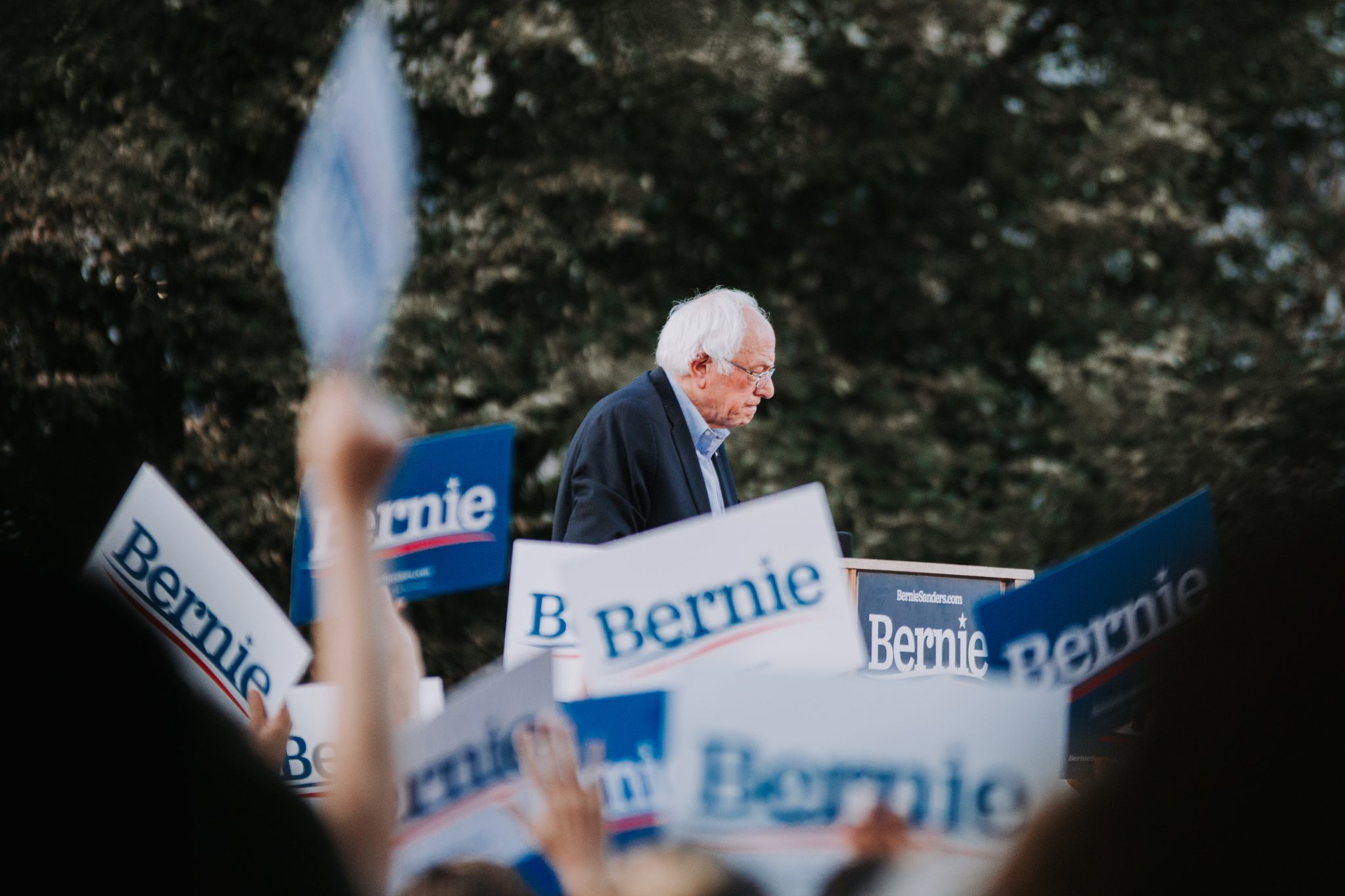 When former Democratic presidential contender ​Bernie Sanders endorsed Joe Biden for president​ this week, it was the end of the world for young democratic socialists. ​Forty-seven percent of Sanders supporters​, most of whom belong to the two youngest generations, have an “unfavorable” view of Biden and will likely refuse to vote for him in the general election. Though a large number of young socialists are standing their ground, will the loss of their 78-year-old messiah — the selling point of American democratic socialism — soon cause their movement to fracture?

I’m a Gen Z-er living in California, so I have had my fair share of discussions with young Bernie followers. They come a dime a dozen around here, and they number in the millions nationwide. ​Nearly half of my generation supports Sanders and his unabashedly socialist platform​, but they’ve nevertheless been willing to team up with less radical Democrats in the past. In 2016, after Sanders lost the Democratic Party’s presidential nomination to Hillary Clinton, ​85 percent of Sanders supporters​ planned to join up with Clinton in a show of force against Donald Trump. This willingness to temporarily jump off the democratic socialism bandwagon suggested that the movement was weak and not well grounded.

The allure of democratic socialism in the United States has been in large part because of Bernie Sanders himself.

The 2020 election, however, has been far different. Young democratic socialists have become much more steadfast in their support for Bernie, following the mantra of ​“Bernie or Bust.” ​Only 44 percent of Sanders supporters said they had a positive view of Biden​, meaning that millions more Americans will choose to stand with democratic socialism over moderate liberalism in the general election. Even when their candidate announced his support for Biden, his aides and advocates refused to follow his lead. Sanders’ national press secretary, ​Briahna Joy Gray, tweeted,

With the utmost respect for Bernie Sanders, who is an incredible human being & a genuine inspiration, I don’t endorse Joe Biden.

I supported Bernie Sanders because he backed ideas like #MedicareForAll, cancelling ALL student debt, & a wealth tax. Biden supports none of those.

Looks like young democratic socialists are establishing their own movement, independent from mainstream Democrats … or are they?

To the naked eye, this unwavering support for Sanders and democratic socialism makes the movement seem stronger than it actually is. While young socialists are large in number and firm in ideology, they won’t have strong leadership going forward, which has been pivotal to their success so far. The allure of democratic socialism in the United States has been in large part because of Bernie Sanders himself.

Sanders has been milking the socialist dream for nearly ​six decades​, ​beginning with his entrance into the Young People’s Socialist League​. ​He has been advocating democratic socialist policies in Congress for 29 years​. It is safe to say Bernie has experience when it comes to trying to use other people’s money.

People my age want to elect someone they feel they can trust. Joe Biden is not a compelling or remarkable politician in any way; I’d rather watch my mother’s garden grow than sit through a Biden rally. But he has plenty of experience, and it gives many a sense of security (albeit a false one).

But radical ideas like socialism can only survive when those who promote them are trusted. Sanders has a unique charm that other candidates don’t have. Everything from his accent to his distinct finger-pointing draws in people of my generation. While this may sound ridiculous at first, ​let me remind you that some of the biggest news stories of 2016 revolved around Trump’s hand gestures​. To take a page out of the president’s playbook, this is “​Sad!​” — and similarly magnetic.

Now, you may be asking, “What about Alexandria Ocasio-Cortez or Elizabeth Warren? Aren’t they democratic socialists?” Maybe so, but neither politician has the perfect combination of characteristics to appeal to an entire generation. Alexandria Ocasio-Cortez is charismatic, ​but she has barely any experience as a politician​. ​Elizabeth Warren is the other way around​.

Without Bernie or a candidate like him uniting the young socialists, their movement will split into a million warring factions. Everyone from clueless college liberals to red banner-bearing Marxists stood behind Sanders, either because they thought he would achieve what they wanted or he would take the nation in a step toward what they wanted. Bernie acted as duct tape, keeping all of these young radicals together, but he ultimately tore.

This is not a unique phenomenon. Throughout American history, many political movements have been successful solely because of their leaders. Presidents such as Ronald Reagan made a name for themselves through personal magnetism, something that Reagan’s successor, George H. W. Bush, did not have. Reagan crushed Walter Mondale in the 1984 election, ​winning 525 of 538 electoral votes​. Bush, on the other hand, was ​defeated by Clinton more than twofold when it came to electoral votes​ in his reelection bid. More recently, Barack Obama’s personality drove his campaign, and it is unlikely that Joe Biden will be able to carry on the Obama label. As a result, a massive chunk of the Democratic Party has already abandoned him. Even Obama himself, ​during his desultory endorsement of Biden on Tuesday​, spent a suspiciously long amount of time praising Bernie Sanders’ efforts. Obama himself implied that the ideas of Sanders, whom he called an “original man,” will be hard to transfer to Biden:

We both know that nothing is more powerful than millions of voices calling for change, and the ideas [Sanders] has championed, the energy and enthusiasm he inspired, especially in young people, will be critical in moving America in a direction of progress and hope.

With many of those millions of voices not supporting Sanders in the general election, Sanders’ inspiration may well fade away with him. He is yet another one of these hypnotic figures whose ideals will be disregarded by the general public once he is gone from its eye. No amount of socialist marches or candidates will change that.

Bernie’s campaign for president ended up being a double-edged sword. Although he brainwashed my entire generation into believing that a failed ideology could take hold in the United States without consequences, his withdrawal from the presidential race destroyed his very creation. All that will remain is a bickering crowd of recent high school graduates and university students. Sanders’ ideology has suffered the fate of its many 20th-century victims. As Marx himself said, “History repeats itself, first as tragedy, second as farce.” Eat your own pill, Bernie Bros.