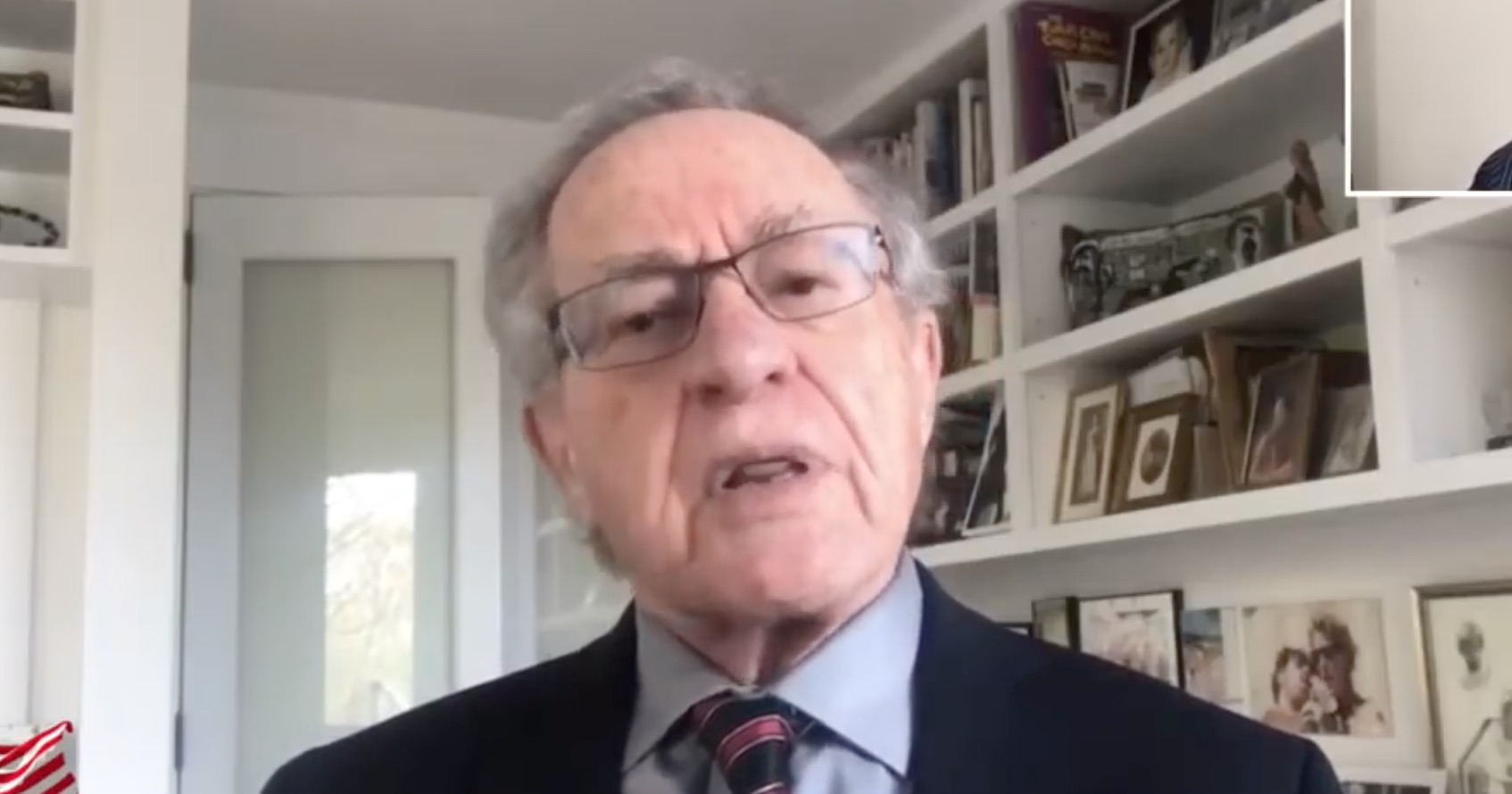 A bit ago in these pages, I issued a warning against a “bioethicist pandemic,” in which I highlighted the anti-sanctity of life proposals made over the years by prominent bioethicists, including two professors viewing the COVID-19 emergency as a splendid pretext for experimenting medically on the elderly. But that piece did not fully detail the threat of the bioethics movement. Latest case in point: writing in Practical Ethics — published by Oxford University — three bioethicists urge that vaccinations against COVID-19 be made “mandatory in order to protect the public health.”

How do these big brains justify such an authoritarian approach to fighting the disease? Proving that no good deed goes unpunished, because people accepted “restrictions on movement and association” to slow the spread, why not also require us all to be vaccinated?

Governments cannot just pass whatever law they want because there is a crisis.

But what about the right to bodily integrity? What about the sacred principle of autonomy that bioethicists go on and on about? Hey man, this isn’t abortion or assisted suicide! When it comes to COVID-19, what matters most, the bioethicists write, is that we are “social beings” who require “free movement and association.” From, “Compulsory treatment or vaccination versus quarantine”:

Even if there are reasons to think that respecting bodily integrity is — other things being equal — more important than allowing free movement and association, when we’re comparing, say, quarantine and compulsory vaccination, it’s not clear that other things are equal. By any measure, quarantine surely involves a very severe interference with free movement and association. By contrast, requiring someone to receive a single injection of a vaccine involves at most a moderate interference with bodily integrity.

But “vaccine or quarantine” is a blatantly false choice. The point of the shutdown was not to stay huddled inside until a vaccine arrives. Rather, it was to “flatten the curve,” that is, slow the rate of infection to prevent hospitals from being overwhelmed. That strategy succeeded, and thus an increasing number of jurisdictions are beginning to ease restrictions — even though that means some people will get sick or die.

How else do the bioethicists attempt to justify a mandatory vaccine? We sometimes involuntarily hospitalize the mentally ill for treatment:

Regarding bodily integrity as beyond reproach, when it comes to vaccinations and treatments for infectious diseases, seems inconsistent with how we treat the body in other domains. Mental health law allows psychiatric patients, including those with full decision-making capacity, to be treated — not merely detained — if they deemed to pose a risk to themselves or others; it allows for interferences with both freedom of movement and association, and bodily integrity.

Sophistry alert! Forced hospitalizations are rare, and moreover, require specific proof beyond a reasonable doubt that an identified person has become an explicit and imminent threat. Someone who is uninfected and refuses a vaccine would not constitute such an unambiguous identifiable peril. After all, the unvaccinated person might never become infected, and moreover, there would be no certainty they would spread the virus. And even if they did, there would be little likelihood that the illness would be lethal since almost all COVID patients recover. So nice try, but no cigar.

The authors wrote in the context of the United Kingdom’s socialized medical system. But the same impetus can be seen among prominent bioethicists and advocates here. We need merely look at the writing of Obamacare architect Ezekiel Emanuel — currently presumptive Democratic presidential nominee Joe Biden’s chief health-care adviser and a potential Secretary of Health and Human Services if the former vice president is elected — to discern the likely approach to come if the technocrats gain power during the crisis.

Two years ago, Emanuel wrote in the New York Times that every child in the United States should be legally required to take a flu shot every year:

The freedom to allow your child to contract and transmit a deadly disease is hardly a real freedom worth protecting. In 1905 the Supreme Court recognized the authority of states to enforce compulsory vaccination — in that case for smallpox. The court made it clear that the state may be justified in restricting individual liberty when “great dangers” threaten “the safety of the general public.”

But is the flu a “great danger”? Not to children, to be sure. I looked up the stats. In recent years, the annual mortality toll has ranged between 37 in the 2011–12 flu season to a high of 186 in 2017–18. That’s tragic, but hardly a societal catastrophe. Moreover, flu is the eighth leading cause of death in the country, taking about 50,000 of us each year out of a population approaching 350 million. In comparison, heart disease, our leading killer, causes more than 600,000 deaths a year. And since adults aren’t required to submit to flu shots, it’s hard to see the point of such a mandate.

Ah, but Emanuel’s argument reveals the technocratic mindset. I can hear the activists yelling on CNN: “People could die if we aren’t all forced to be inoculated against COVID! And they could infect others!”

In fact, such arguments are already being made. In a recent interview, Harvard University law professor emeritus Alan Dershowitz referenced the same case as Emanuel while making an hysterical argument about the government’s supposed power to require everyone to be inoculated:

Let me put it very clearly: you have no constitutional right to endanger the public and spread the disease, even if you disagree. You have no right not to be vaccinated.… And if you refuse to be vaccinated, the state has the power to literally take you to a doctor’s office and plunge a needle into your arm.

Well, no. Jacobson v. Massachusetts — the case Dershowitz and Emanuel both referenced — did not authorize the state to drag screaming and kicking people to a doctor to have a needle plunged into their arm. Rather, it allowed a conviction to stand against a man who had refused to be vaccinated against smallpox per the order of the Cambridge Health Board. Those are not the same concepts at all.

Moreover, the case does not stand for the comprehensive proposition that the United States government can force everyone in the country to take a vaccine. The case was not even about whether or not a state could require every resident to be immunized. Rather, the question was whether or not a Massachusetts law requiring “inhabitants of a city or town to be vaccinated only when, in the opinion of the Board of Health, that was necessary for the public health or the public safety,” violated the U.S. Constitution. In other words, the case was about federalism, not national mandates.

Specifically, the Supreme Court defined the statute as a “mode adopted by the Commonwealth of Massachusetts for the protection of its local communities.” Indeed, the point of the ruling was that “the Supreme Law of the Land [the Constitution] … should not invade the domain of local authority except when it is plainly necessary to do so in order to enforce that law” (My emphasis). Thus, Cambridge residents could be ordered constitutionally to receive the vaccination, as enabled by Massachusetts law, because of an ongoing public health emergency there. But note that order would not bind, say, the residents of Stockbridge.

Finally, we must look at the context in which the case arose and compare it to the current circumstances. Governments cannot just pass whatever law they want because there is a crisis. As the Jacobson ruling made clear, “liberty may at times, under the pressure of great dangers, be subjected to such restraint, to be enforced by reasonable regulations, as the safety of the general public may demand” (My emphasis). Surely, a mandatory COVID vaccine would be unreasonable as the current pandemic does not present the kind of “great danger” smallpox outbreaks did back in 1905.

We forget because the disease has been eradicated by the vaccine, but smallpox was one of the deadliest diseases known to man. An outbreak would cause a wide swath of death throughout the community with a general mortality rate of between 20-60 percent and 80 percent among children. COVID mortality rates are minuscule in comparison, excepting the elderly, particularly those with serious comorbidities. Given that high-risk populations can be identified and isolated for their protection without materially impacting the freedom of the rest of society, Dershowitz’s opinion notwithstanding, I believe that state or federal laws requiring universal vaccination would surely be viewed by the courts — not to mention the people — as an unreasonable overreach of government power.

That doesn’t mean that technocrats won’t use the current crisis as a pretext to try anyway. As justification, they would surely point to statutes in all 50 states requiring that children receive various vaccines as a condition of entering or remaining in school. But note that most of those laws permit conscience-based and medically predicated opt-outs. Moreover, according to the National Conference of State Legislatures, there are no immunization laws requiring all adults to be vaccinated.

Besides, compelling universal COVID vaccination would be exceedingly foolish politically and counterproductive socially. There is already an energetic anti-immunization subculture of “anti-vaxxers” who adamantly oppose all mandates. Their activism has had an impact. Polling shows that 9 percent of the country believe, falsely, that the measles vaccine causes autism or is otherwise unsafe. There is also a bizarre conspiracy theory gaining steam that Bill Gates is helping to fund COVID vaccine development as a vehicle to insert movement tracing microchips into recipients’ bloodstreams. Adding legal coercion to this already bubbling cauldron of paranoia would only add fuel to the fire of craziness that anti-vaxxers would deploy to sow increasing distrust and resistance.

Bottom line: We should all just say no to the technocracy temptation and rule by experts. If a free society is to remain worthy of the name, persuasion — not coercion — must be the watchword. After all, once government takes control over our lives, it rarely lets us go.