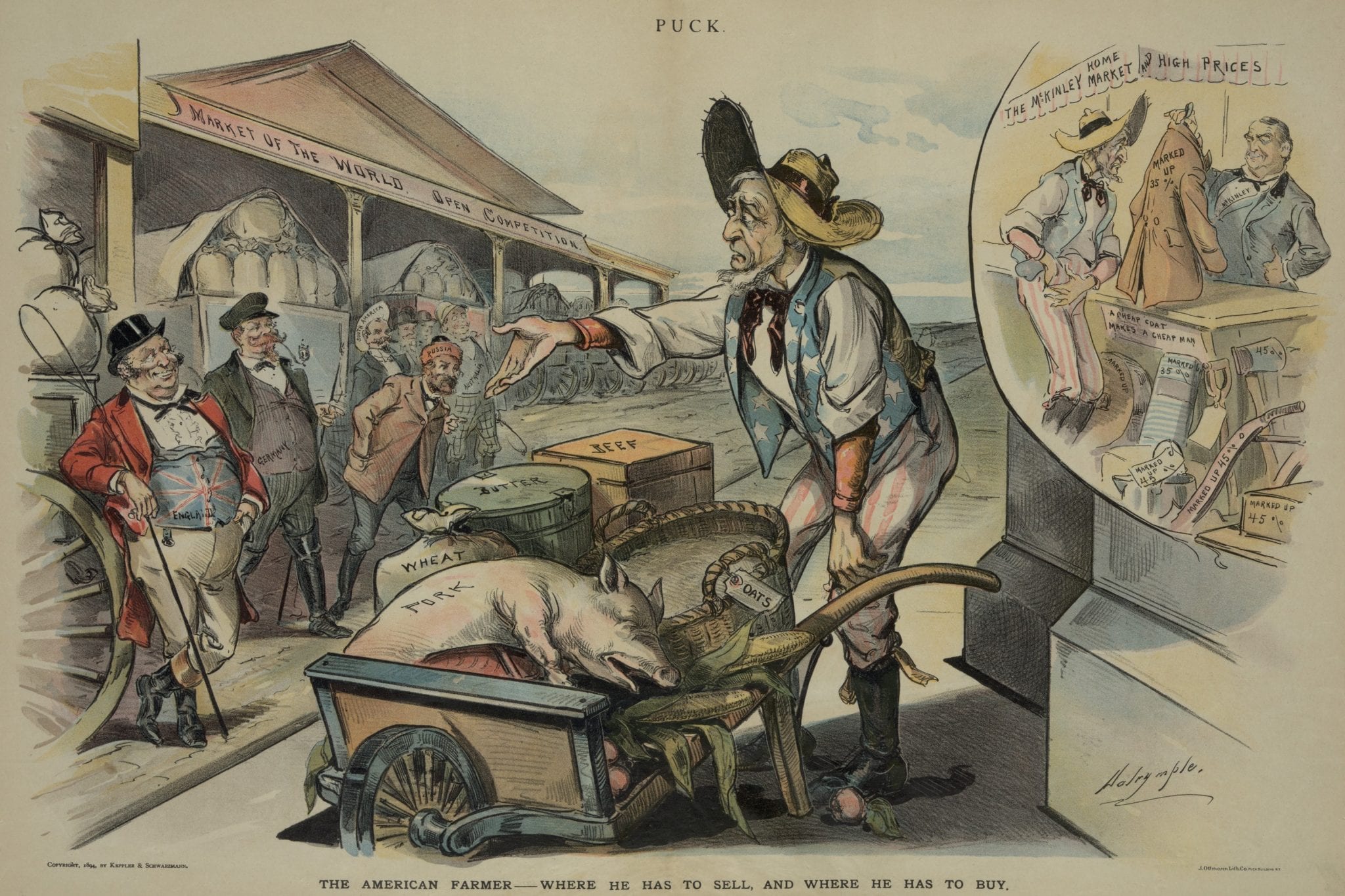 The air always swirls with popular myths that, when repeated constantly, are taken by some to be indisputably true. One such myth today is that President Donald Trump is unique among presidents in standing up firmly to the Chinese and other foreigners to stop them from harming us economically with their import restrictions, export subsidies, and illegal immigration. According to that theory, the tariffs he uses to counter these foreign practices are to our benefit. As such, we should purportedly welcome them with gratitude.

Trump is indeed unique among modern presidents in his eagerness to use tariffs. But his vaunted “toughness” in using them is nothing for us Americans to applaud: We should instead condemn their use. Trump’s so-called “standing up” to foreigners is more like stomping on Americans’ freedom and prosperity.

The fundamental reality most people forget is that when foreign governments artificially make their exports to the United States more abundant and less expensive, we’re the winners. We Americans reap the gains. Foreign consumers and taxpayers are the poor souls who predominantly suffer the burden. While some U.S. producers admittedly suffer from this competition, the truth is that when Trump bargains hard to stop other governments from subsidizing their exports, he inflicts more harm on his fellow Americans overall, in the form of higher prices and reduced supplies. If successful, his bargaining may actually help foreign consumers and American taxpayers. Unfortunately, it’s more likely that foreign governments won’t cave and may instead retaliate. Then we’ll all end up with higher tariffs.

Leaving aside for now the fact that this has failed repeatedly as a strategy to force countries into making concessions they weren’t willing to make in the first place, we must face the truth that these tariffs are a penalty Trump forces on those of us who choose to buy imports. This is obvious to anyone who reads through the comments submitted to the Office of the U.S. Trade Representative on proposed new duties on Americans who import from China. You’ll read heartbreaking stories like this: “We are concerned that this tariff could single handedly reverse over half a century struggling through the journey to support our large family and our many loyal employees.” Or this: “Margins in our sector are already very thin, and the proposed incremental duty would result in us shutting down the business.”

These duties that our self-proclaimed “Tariff Man” president is so proud of will have long-lasting consequences — none of which are good. American natural gas companies selling in China, for instance, have not only seen their market diminish steadily since the beginning of the trade war, but it’s now at risk of disappearing completely if trade negotiations collapse.

Farmers, obviously, have taken a serious hit thanks to multifront trade wars — a hit that the president attempts to soften with billions of dollars in subsidies paid for through higher taxes on other Americans.

Automakers have operated in a state of uncertainty, not knowing when the next large tax hikes on auto parts or automobiles will materialize. They also live with the uncertainty of whether and when they may be subjected to stricter and counterproductive rules of origin through the new NAFTA.

On the other hand, if you define “standing up” for Americans as imposing a massive tax increase on us, then, yes, the president is indeed standing up for us. According to Bryan Riley at the National Taxpayers Union, the potential 2019 inflation-adjusted tax burden of the Trump tariffs at our current import level is the biggest tax increase Americans have been subjected to since World War II.

Maybe it’s time for the president to take a seat.