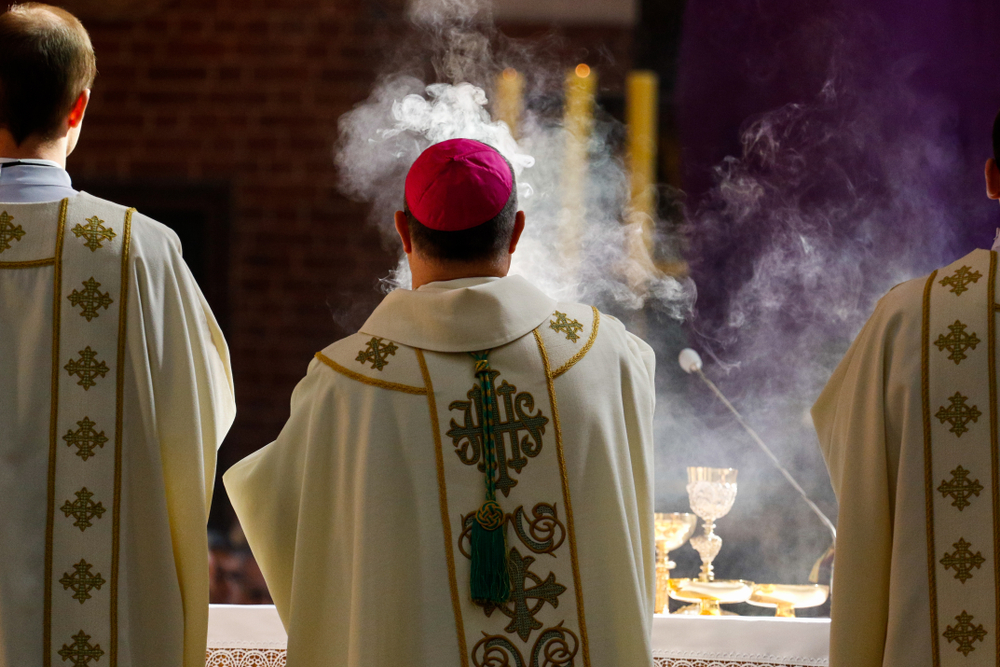 Liberal Catholics normally extol the rights of conscience and favor a loose interpretation of rules. But they have turned strict and dogmatic on all matters related to COVID. They treat the unvaccinated as sinners beneath contempt. “Let’s start replacing ‘vaccine hesitancy’ with ‘vaccine stupidity’ or ‘vaccine selfishness,’” says Michael Sean Winters at the National Catholic Reporter.

Pope Francis has joined the collectivists in casting vaccine use as compulsory. “I believe that morally everyone must take the vaccine,” he has said. The Vatican has a policy of “no jab, no job,” reports Reuters.

The same liberal Catholics who say the Church must honor Joe Biden’s conscience extend no such sympathies to the unvaccinated. They scoff at “conscience exemptions.” The New York City archdiocese sent out a blunt memo to priests, saying, “There is no basis for a priest to issue a religious exemption to the vaccine.” Catholic institutions appear to be imposing vaccine mandates with even more relish than secular ones.

Never mind that the Church has no official teaching on mandatory vaccine use. Even the Congregation for the Doctrine of the Faith under Pope Francis has said, “practical reason makes evident that vaccination is not, as a rule, a moral obligation and that, therefore, it must be voluntary.”

The bishops of Colorado have said that vaccine use is “not morally obligatory” and warn that this is no time for the Church to join the stampede against conscience:

We always remain vigilant when any bureaucracy seeks to impose uniform and sweeping requirements on a group of people in areas of personal conscience. Throughout history, human rights violations and a loss of respect for each person’s God-given dignity often begin with government mandates that fail to respect the freedom of conscience. In the case of the COVID-19 vaccine, we are convicted that the government should not impose medical interventions on an individual or group of persons. We urge respect for each person’s convictions and personal choices.

This vigilance is certainly justified, given the hostility of the ruling class to religious freedom, not to mention its commitment to a culture-of-death medical ethic. Giving the Faucis sweeping control over health care decisions means giving them control over people’s moral and religious lives.

The Colorado bishops were, of course, bashed by liberal Catholics for defending conscience rights. The National Catholic Reporter, which normally argues against doctrinal “absolutism” and exception-less moral norms, headlined a recent piece: “Catholics have no grounds to claim exemption from COVID vaccine mandates.”

Where undeniable Catholic teaching exists, liberal Catholics tend to relativize or ignore it, even as they dogmatize their own political opinions. They are usually loath to call anything a sin, but they turn with fury on the unvaccinated, as if they are grave sinners.

But as the National Catholic Bioethics Center notes, the Church’s teaching on COVID vaccine use, to the extent that one exists, includes room for conscientious objections:

The Church has consistently pointed out the ethical problems with vaccines produced and/or tested using abortion-derived cell lines. The Church has judged it permissible for people to either accept (under protest) or reject the use of such vaccines. In other words, there is no universal moral obligation to accept or refuse them, and it should be a voluntary decision of the individual. Catholic institutions, in particular, should respect the decisions of people to decline use of vaccines dependent on abortion-derived cell lines. This is especially relevant when there are other means of mitigating risk.

Because the Catholic Left is soft on abortion, it can’t take seriously any vaccine hesitancy based on pro-life objections. To liberal Catholics, such hesitancy is just a silly scruple. They won’t even treat this as a matter on which Catholics can disagree. Supposedly “tolerant” Catholics turn intolerant the moment their cherished opinions are violated.

Out of this intolerant attitude among liberals has come gloating coverage of the news that Cardinal Raymond Burke has come down with COVID. Liberals are holding up his previous statements about COVID to ridicule, but most of them express the same fears that many conservatives share.

He worried that the government is moving in a “totalitarian manner.” It is. The noose on the necks of the unvaccinated is tightening with each passing week. From New York City to San Francisco, vaccine mandates are proliferating. As the space for religious conscience shrinks, the Church should be resisting the COVID juggernaut, not joining it.