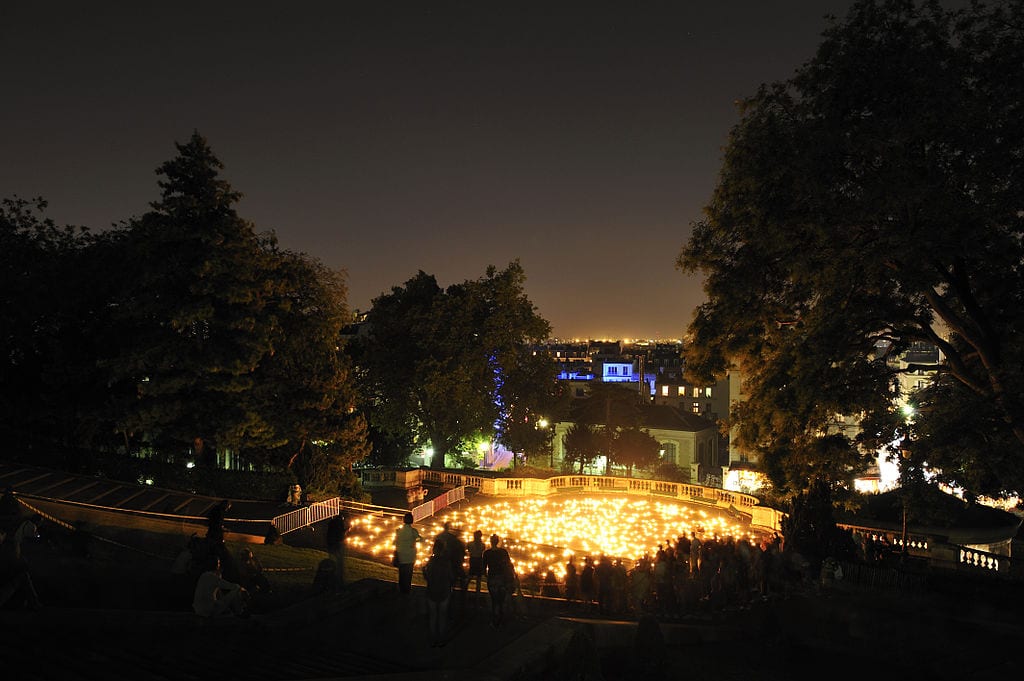 In announcing the army will be mobilized in anticipation of yet another demonstration in Paris by yellow-vested protesters — a regular weekend occurrence since November — French president Emmanuel Macron appears to be playing double or nothing.

If the strategy works and the weekend stays calm, he can claim to have brought back law and order. He will suggest the country now look forward to the May elections to the European Parliament, particularly as he argues that many of the issues raised during the months of protest are best addressed in the context of a better, stronger European Union.

On the other hand, if the gamble fails and Paris burns again, as it did last weekend, Macron will have to admit failure. Once more, insurrection will prove to be the decisive political style in France, a country that takes pride in its traditions of rational discourse and reason but whose history is regularly marked by street violence and abrupt regime changes.

The president launched a “great national debate” several weeks ago, inviting citizens to come together in town halls around the country and discuss the questions raised by the gilets jaunes (yellow vest) phenomenon, now going into its fifth month, more if you judge by antecedent protests and stirrings that go back several years and that the ruling classes magnificently ignored until they noticed them.

The debate, which did not stop the demonstrations, got mixed reviews, and Macron himself capped it off with a final session of logorrhea in which he himself participated, talking for several hours among a select group of hand-picked “intellectuals,” none of whom are known outside their families and friends, maybe a few TV shows that no one watches. Allegedly, the minutes of all these discussion groups and preening events, plus on-line questionnaires, will be analyzed and synopsized by an “independent commission” (paid by the state). Government officials and parliamentarians will ponder the concerns and complaints of the people. Reasonable, and rationally planned, reform will proceed.

Macron was elected to the presidency in 2017 on a reform ticket. His first year, in fact, saw some sensible, if arguable, reform policies in a number of delicate areas, including immigration and education and taxation and labor legislation. The yellow vests, as best anyone can explain, are folks who either felt these policies stank, or were too little too late, or were too much too soon, or did not concern them. As they say, ploos cha change ploos eet eez la misma.

The velvet hand of discussion is now fitted in a hard glove; but is either the right answer? The very vagueness of the yellow-vest movement, if such can be called street demonstrations that, in the end, never brought out more than a few tens of thousands of people, suggests that they seized the country’s imagination because they express a political failure. While only a few Frenchmen and women would wear the vests, many more would agree that they do not feel represented — heard — in their own country.

That is the definition of a “regime crisis.” Faced with failure, the president will have no choice but to resign or double down on the law and order card, backed by the army. Either way, it will likely mean the end of the Fifth Republic, which came into being sixty years ago when the Fourth could not contain an army-backed insurrection in Algeria.

Macron can indeed argue that the discontent expressed by the vests, starting with their unhappiness over fuel tax increases (since rescinded), has been hijacked by violent anti-social types known as “black blocks.” These are akin to the anarchist “antifa” hooligans in our own country who seek by means of street riots to provoke repression and thereby demonstrate the “fascist” nature of public authority.

Their prototype, when you think of it, are the Weathermen of yore and their various and varied apologists, such as Bill Ayers, self-confessed terror leader whose association with Barack Obama before he became president does not seem to have won him over to lawful, electoral political activism.

These “black blocks” are distinct from the vast majority of yellow-vested protesters, who by all accounts are ordinary disgruntled Frenchmen and women who feel, with some justification, that the French ruling class despises them.

However, if they cannot control who comes to their demonstrations, argues the government, then they must share responsibility for the ensuing mayhem. By this logic, participation in what otherwise would be a lawful assembly and an exercise in free speech crosses the line into complicity in violent insurrection, a crime. Yellow vest apologists retort that this is a weak excuse for encouraging police — and now military — repression.

Hundreds if not thousands of people have been hurt, policemen no less than demonstrators, since November. Some observers claim that the government knows the identity of the black block thugs and could round them up. It is certainly true that the French police is efficient and has top-notch information and intelligence on enemies of the state — it could also round up many dangerous pro-Qaeda types if it wanted to, far more than it already has, and deport them to Guyana or someplace.

However, the argument goes, they would rather make the whole yellow-vest phenomenon look bad, thereby providing the ruling class with an excuse to keep on ruling.

The yellow vests, by whatever name, are not a movement that can overthrow the Republic. But if the violence continues and the government is unable to channel it into the direction that should follow the “grand national debate” it sponsored, namely, political competition at the ballot box, it would indeed suggest the French Fifth Republic has outlived its role in the continuing drama that is France.

If Paris stays calm this weekend, you can discount all this bleak prognostication and plan your summer bicycle tour of the Loire Valley.