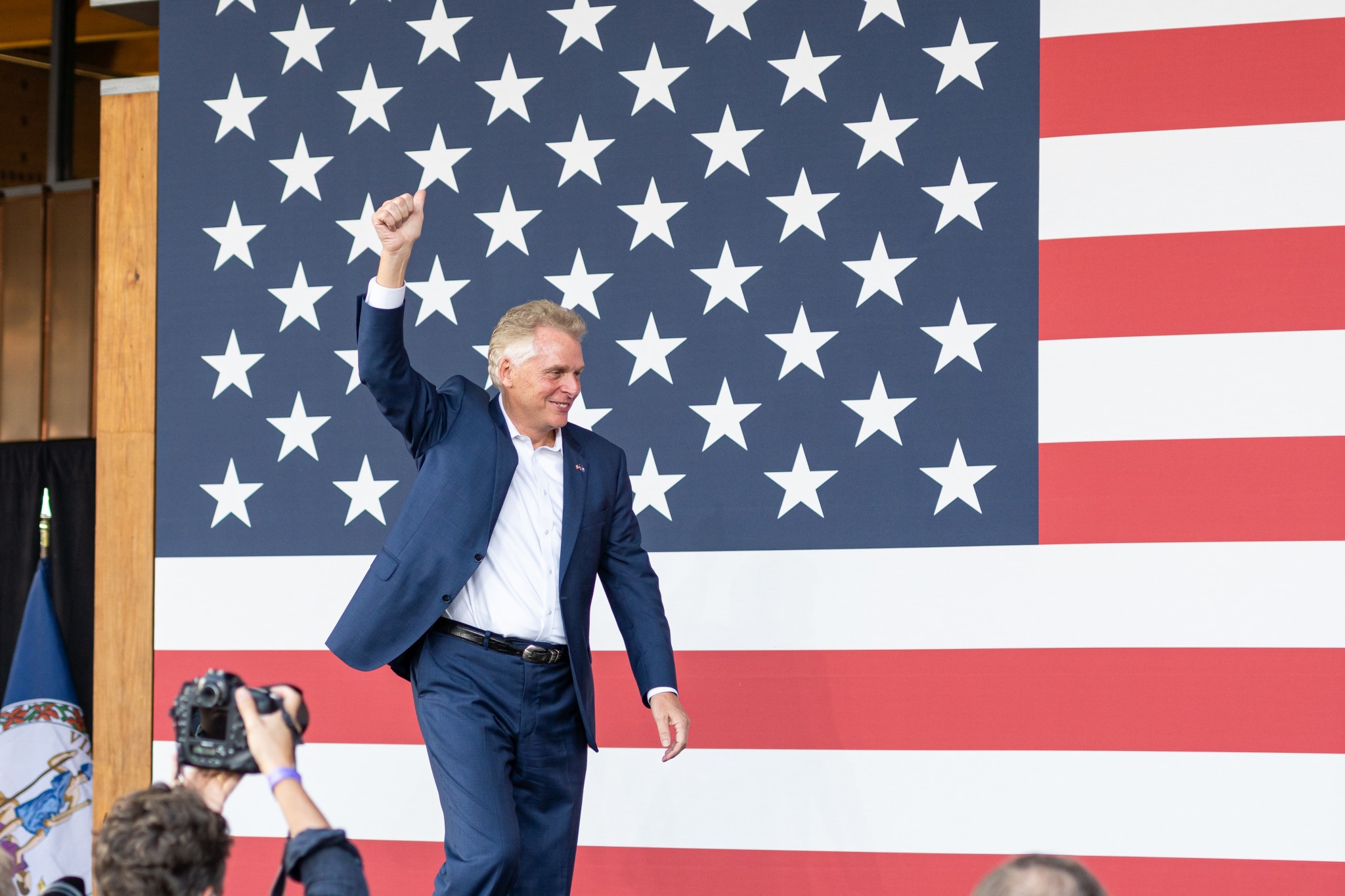 Terry McAuliffe has long presented himself as a forerunner of wokeness in the South. He often brags about his status as the “first” Southern governor to support this or that woke cause. “I was proud to be the first Southern governor to officiate a same-sex wedding,” he has said. In his run for Virginia governor this year, however, his bumptious wokeness is proving a liability.

He finds himself in a tightening race. Even long-in-the-tooth liberal pundits are fretting over his run. “What most alarms Democrats is the lack of enthusiasm on their side,” says Eleanor Clift. To correct this problem, McAuliffe has asked Barack Obama, Stacey Abrams, and others to campaign for him. But could they make it worse?

The unfolding scandal in Loudoun County adds to McAuliffe’s troubles. The county’s transgender policy in public schools, which McAuliffe backed, has obviously exposed female students to harm. “More than 60 concerned parents, students and residents spoke at the Loudoun County School Board meeting Tuesday evening, with many demanding the resignation of Loudoun County Superintendent Scott Ziegler in the wake of allegations that the school district covered up two alleged sexual assaults,” reports Fox News.

McAuliffe’s recent comment that “I don’t think parents should be telling schools what they should teach” looks even worse in light of this scandal. Loudoun County’s treatment of students as lab rats in a woke experiment perfectly illustrates the insanity of McAuliffe’s statist mindset. If parents are excluded from the education of their own children, the state can do anything to them. The father of one of the female victims couldn’t even object at a Loudoun County school board meeting without it unleashing police on him. The arrest was a scene reminiscent of Bolshevik Russia.

Instead of apologizing to parents, McAuliffe is calling them right-wing conspiracists. He dismisses their concerns about critical race theory in public schools as paranoid, saying that the issue is “made up.” This is, of course, the same race-baiting demagogue who wrote the book Beyond Charlottesville: Taking a Stand Against White Nationalism. In that book, McAuliffe cribs off critical race theory, presenting America as structurally racist.

“Until we lean in on an unfair criminal justice system and inequities in school and housing, racism continues,” he said to Newsweek after the book came out. “Charlottesville reminded everyone that racism is still prevalent in our country. Forget reconciliation commissions, nothing but a bunch of white people talking to each other to make themselves feel better. Go out and do something that’s going to make a difference for the African American community.”

Now he pretends that the very propaganda he pushed on schools isn’t taught in them. Critical race theory is just a “racist dog whistle,” he says innocently. “I really hate to see what Glenn Youngkin is trying to do to Virginia what Donald Trump did to our country. I really hate to see the division, the hatred. We’re putting these children in this horrible position. Let’s just be clear. We don’t teach critical race theory.”

It is a little late for McAuliffe to play the moderate. As the Democratic Party embraced the toxic propaganda of Black Lives Matters, so did he, lecturing Virginians about their irredeemably racist past. He welcomed the toppling of Robert E. Lee statues and joined Biden in the big lie that Trump had endorsed white supremacists. If Virginians find these lectures and smears tiresome, they have good reason, especially coming from the leader of a party that couldn’t oust Ralph Northam after his “blackface” scandal. (McAuliffe called for Northam’s resignation, but that didn’t stop him from accepting his endorsement.)

What was once a point of pride for McAuliffe — that he is the progressive Southerner, dragging Virginia into the light — now complicates his chances of winning. If his attempts to demonize his opponent as a Trumpian extremist are falling flat, that’s because his own extremism is on open display. Like Biden, McAuliffe abandoned any semblance of moderation and wallowed in the party’s wokeness. Out of this complacency came his stunningly impolitic remark about parents and education, a comment that will haunt him until the end of the race.

It is ironic that he cut his political teeth as an aide to Bill Clinton, whose Southern instincts always led him to treat educational issues with caution. Under the tutelage of Dick Morris, Clinton even supported school uniforms. But those days are long gone. The Democrats are now the party against parental rights and school discipline, a shift that may cost McAuliffe the election.