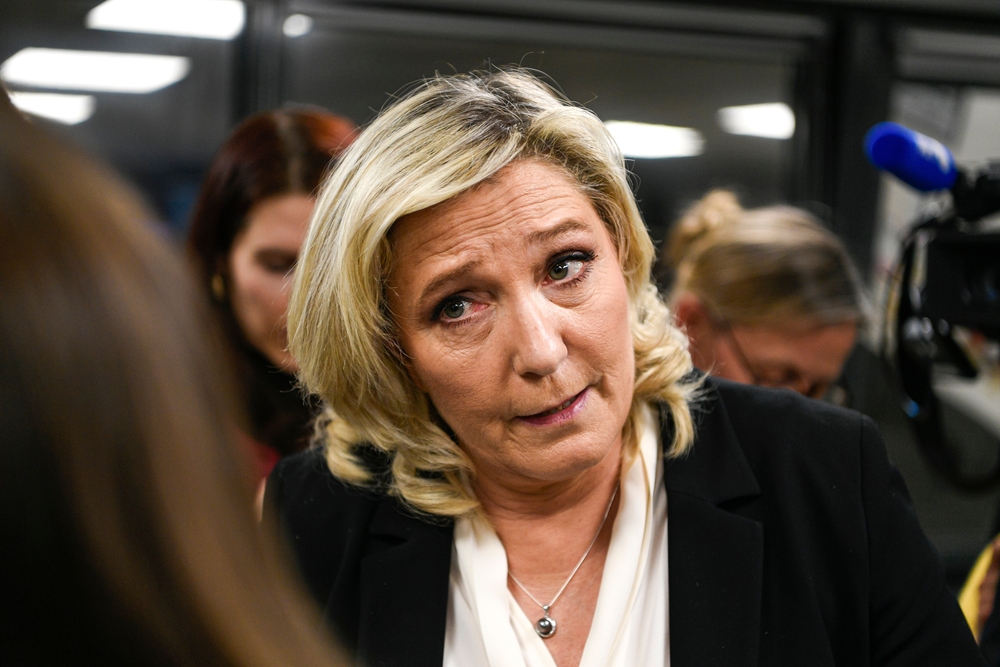 Next Sunday, French voters will decide on their next president. While most of the country and the rest of the world are united, for valid reasons, against populist Marine Le Pen, the truth of the matter is that voters have a choice between two shades of illiberalism: the aggressively populist one of Le Front National and its authoritarianism-light version represented by incumbent President Emmanuel Macron.

Le Pen is everything observers around the world are saying she is. She is anti-immigrant and anti-Muslim, taking positions among the worst that populism has to offer. She’s also obsessed with “wokisme,” a catchall word for the “leftist” ideologies she dislikes. Unsurprisingly, she admires Hungary’s authoritarian leader, Viktor Orbán, and would happily follow in his footsteps by imposing his economic policies, as well as his practice of using whatever powers necessary to crush the opposition.

Le Pen is far more polished than her father, Jean-Marie Le Pen. Founder of the Front National, Père Le Pen is a die-hard anti-Semite who called the Holocaust a mere “detail” of history. But this polish only makes her more dangerous. And while her critics call her a far-right candidate, on economic issues, she’s a typical French statist, favorable to large spending and centralization of powers.

She is without a doubt an authoritarian, and more authoritarianism would be bad news for France. Yet it doesn’t follow that her opponent represents liberal governance even if he compares favorably to her.

Unfortunately, Macron’s actions while in office have also exposed him as an authoritarian-light.

Their main differences come from their geopolitical stances. On the international stage, Macron comes across as a globalist who embraces liberal democratic values. In 2018, following Hungary and Poland’s moves toward authoritarianism, Macron told the European Parliament, “In the face of authoritarianism, the response is not authoritarian democracy but the authority of democracy.” Unlike Le Pen, he supports NATO and other international organizations. However, he seems to be less willing to criticize Russia’s actions in Ukraine when compared to other Western leaders.

On economic issues, the difference between them is less pronounced than people believe. While Macron talked in vain about reforming the French retirement system, he is actually a big spender with a propensity for overregulation, though he did reform the wealth tax.

Unfortunately, Macron’s actions while in office have also exposed him as an authoritarian-light. Under Macron, the French have lived in a state of permanent emergency. When he was elected in 2017, he let expire some of the emergency powers put in place after the terrorist attacks of November 2015. But other anti-civil liberty police and military powers were made permanent. These new powers were deployed when the police fired rubber ball–shaped projectiles — a practice forbidden by other European countries — and dispersal “sting-ball” grenades against yellow vest demonstrators protesting another green tax on gas.

Under Macron, the Avia rule forbade any speech deemed hateful, without any legal definition of what “hateful” means. The Conseil Constitution voided it for being anti-constitutional. Macron also favors the “Fake News” rule, based on the idea that voters are wise enough to distinguish a good politician from a bad one but too naive to make a similar distinction when it comes to news. (READ MORE: French Prepare for Election)

In 2020, COVID-19 gave Macron another excuse to re-up the state of emergency. As a result, the French endured curfews for months on end, restrictions on going more than three miles from home without filling out a form, indoor and outdoor mask mandates, vaccine mandates, and an explicit commitment to make the lives of the unvaccinated “miserable.” Some of these measures were enforced by French police and punishing fines.

Meanwhile, the state consumes 62 percent of France’s GDP, public hospitals are in shambles with fewer beds and workers than before COVID-19, and — as the French like to say —  “everything that is not forbidden is mandated.” This record explains why Macron’s having a difficult time convincing the electorate that voting for him is voting for liberalism.

Macron is clearly still the more liberal candidate. However, if he wins, it will not be a mandate that he is governing wisely. If he fails to change, it’s only a matter of time before France elects an authoritarian — one quite likely worse than Le Pen.