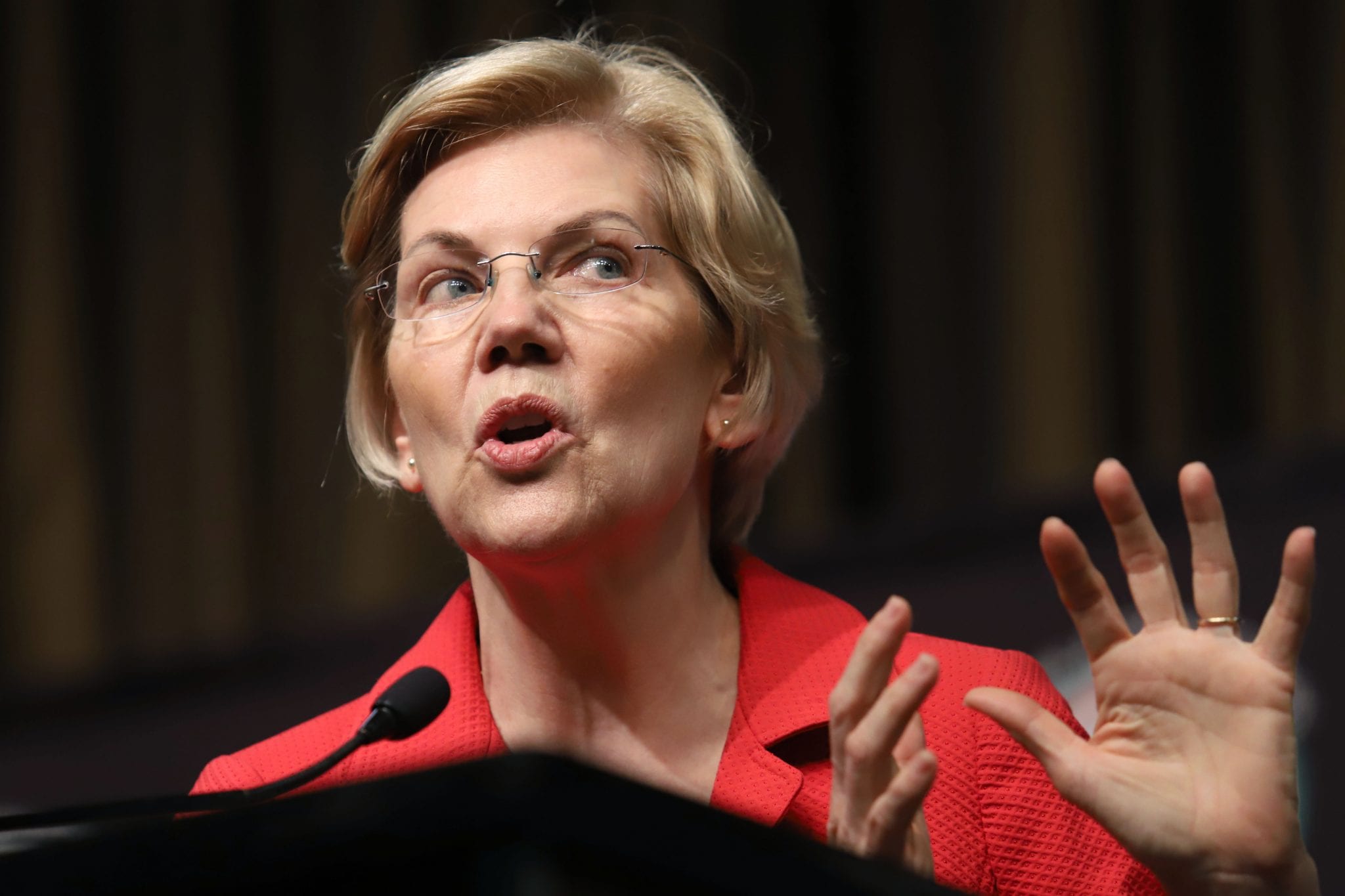 Like many World War II veterans, my father didn’t talk much about the war, but he occasionally retold one anecdote that clearly made a strong impression on him at the time. At the end of the war, when it became obvious that the Nazis had lost, thousands of German infantrymen suddenly began appearing at the American lines anxious to surrender. This was less about love for our GIs than fear of the Red Army. And it’s not a bad analogy for what Independents will do in 2020. They are ambivalent about President Trump and the GOP, but they are afraid of the Democrats.

Why? Independents see themselves as reasonable people who reject what they perceive as extremism in one or both of the two major parties. Most Democratic positions are now seen as radical by these voters. For example, virtually every candidate vying for the Democratic presidential nomination favors providing taxpayer-funded health care to illegal aliens, but this position is deeply unpopular with Independents. An NPR/NewsHour/Marist poll, conducted July 15-17, found that 67 percent of Independents characterized this proposal as a “bad idea.”

And these people will decide the 2020 election. Gallup reports that 42 percent of Americans identify as political independents, while 29 percent say they are Democrats and 27 percent call themselves Republicans. It is no coincidence that the man who now resides in the White House garnered more Independent votes than did Hillary Clinton. And, if the 2020 Democratic nominee tries to win the general election with the kind of left-wing red meat the candidates have been tossing to the audience in the recent “debates,” it will drive Independents toward Trump.

Consider another crowd-pleaser that has wowed the attendees at the Democratic debates. Virtually all of the candidates propose to “decriminalize” illegal immigration. This idea is even less popular with Independents than providing free health care to “undocumented immigrants,” as the Democrats call them. The NPR/NewsHour/Marist poll found that even more Independents — 68 percent — dislike this proposal. When decriminalization came up in the second Democratic debate, Pete Buttigieg demonstrated that their general position is incoherent:

Let’s remember that’s not just a theoretical exercise — that criminalization — that is the basis for family separation. You do away with that, it’s no longer possible. Of course, it wouldn’t be possible anyway in my presidency because it’s dead wrong.… The Republican Party likes to cloak itself in the language of religion. Now, our party doesn’t talk about that as much largely for a very good reason — which is, we are committed to the separation of church and state.

If you believe this works as a justification for an open-borders policy, and that’s what he’s arguing for, you should probably demand a refund from whatever university you attended. First, his claim that the problems involved with enforcing the law, like family separation, will go away if we eliminate criminalization is ridiculous. It’s like saying that we can avoid a lot of family disruption if we decriminalize armed robbery. For example, it would no longer be necessary to separate a child from a criminal’s custody if he is carrying the kid in the getaway car.

Another big issue in 2020 will, of course, be health care. And the Democrats are out of sync with Independents on that issue, as well. During the June debates, Sens. Bernie Sanders, Kamala Harris, and Elizabeth Warren all came out for replacing our current system with Medicare for All. What they didn’t realize was that polls showing wide public support for this single-payer system just meant the public didn’t get it. When they discovered that it meant the elimination of private health insurance, this enthusiasm plummeted. As the Wall Street Journal explains:

The Medicare for All proposal would ban private health insurance that duplicates the plans’ federally provided benefits. Most private plans could fade away because Medicare for All would cover such a panoply of benefits, from hospitalization to long-term care to dental services. There would be no out-of-pocket charges except for prescription drugs.… It could provide a boost to President Trump, who is attacking Medicare for All as socialism.

According to a new Pew survey, this version of Medicare for All has anemic support across the board: “27% of adults support a single national government program.” According to the NPR/NewsHour/Marist poll noted above, 55 percent of Independents are also against it. It goes without saying that none of the Democratic contenders for their party’s nomination have been asked why the country went through all the agony associated with Obamacare if they now want to toss it overboard in favor of single-payer. Hmm … It’s almost as if that was the plan all along.

The least popular Democratic proposal among Independents involves slavery reparations. At one time or another during the never-ending campaign for the White House, Sens. Elizabeth Warren, Cory Booker, Kamala Harris, and Kirsten Gillibrand have come out for reparations. This enjoys a whopping 23 percent support among Independents. The only issue of substance raised by the Democrats that enjoys the support of an actual majority of Independents is the minimum wage. The proposal to raise that figure to $15 per hour is supported by 52 percent.

But this wrong-headed position will never save the Democrats from the loss of Independents pursuant to hare-brained schemes like providing taxpayer-funded health care to illegal aliens, decriminalizing illegal immigration, Medicare for All, and slavery reparations. Some Democrats are no doubt hoping that Joe Biden will save them by declining to embrace all of these wacky positions, but their primary voters won’t have it. They will probably nominate Elizabeth Warren, and Independents will vote overwhelmingly for Trump in self-defense.