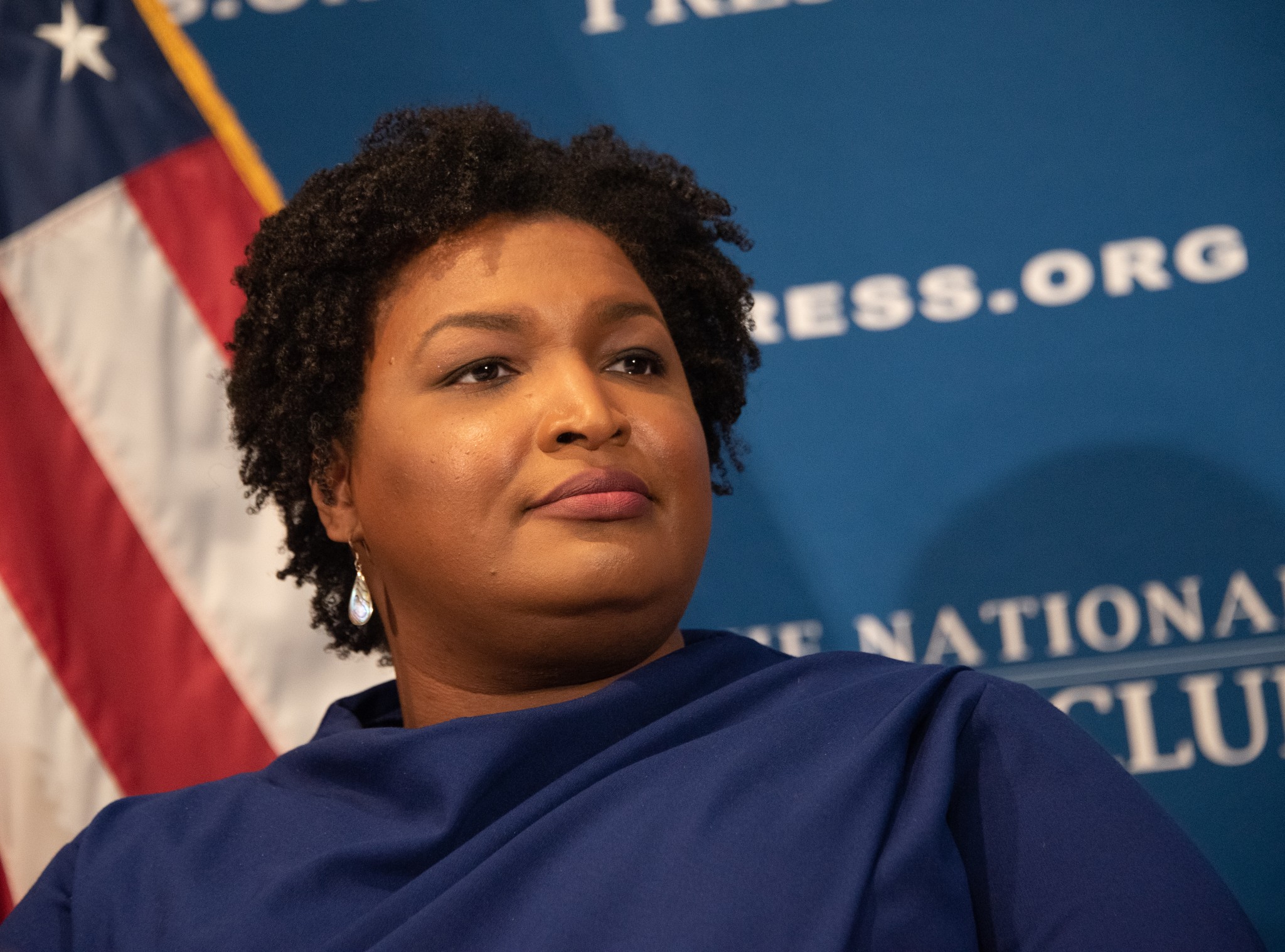 Georgia Democrats are wringing their hands about the lackluster performance of their gubernatorial candidate, Stacey Abrams, in her long-anticipated rematch with incumbent Republican Gov. Brian Kemp. They kept their worries to themselves until the New York Times ran a story last Wednesday that highlighted complaints by local Democrats that she hasn’t bothered to reach out to crucial constituencies. It appears that Abrams, having been showered by obsequious media coverage since Kemp defeated her in 2018, was overconfident about her chances of beating him this year and took her base supporters for granted.

Consequently, she has consistently trailed Kemp in the polls by about 5 points. Predictably, she is reverting to her old habit of blaming her problems on nefarious forces beyond her control. In 2018, Abrams insisted without evidence that she was a victim of “voter suppression,” and refused to concede that Kemp had won. This year, she is complaining about sexism. In August she declared, “If Black men vote for me, I’ll win Georgia.” This was obviously meant to place the blame on men for the surprisingly tepid support she is receiving from Black voters. According to a recent survey conducted by the Atlanta Journal-Constitution, her poll numbers among this voting bloc are indeed quite weak:

[O]ne of the most troubling findings for Democrats was tucked into the crosstabs of the race for governor. It showed wavering support for Stacey Abrams among the party’s most reliable constituency. Georgia Democrats routinely capture more than 90% of the Black electorate, and Republicans often see it as a victory if they can crack double-digits with the voting bloc. But the poll shows Abrams garnering roughly 80% of Black support.

The Times inevitably embraced the sexism charge: “She is running in the Deep South for an office that has long been elusive to women and candidates of color.” This argument fails to explain how a Black woman was recently elected Lieutenant Governor of Virginia — the erstwhile capital of the Confederacy — or how Abrams herself came so close to becoming Georgia’s governor in 2018. A more plausible explanation can be found in a new Rasmussen poll indicating that 31 percent of Black voters would vote Republican if the midterms were held today. This is consistent with a Zogby survey showing that 32 percent of Black voters disapprove of President Biden’s job performance.

Biden is an albatross around the neck of every Democratic candidate, including Abrams. She is, of course, quite capable of blowing the election without Biden’s help. Indeed, Abrams is famously prone to unforced errors. Last May, for example, she insulted the entire state during a speech in Gwinnett County: “I am tired of hearing about how we’re the best state in the country to do business when we are the worst state in the country to live.” This wasn’t merely an ironic claim — Abrams owns two homes in Georgia — it was a welcome gift-in-kind to Kemp, who responded thus: “Stacey Abrams may think differently, but I believe Georgia is the best state to live, work, and raise a family.”

That episode occurred not long after Abrams, who continued to advocate school mask mandates after they were shown to be ineffective as well as detrimental to the social and emotional wellbeing of students, was photographed sitting unmasked in a classroom full of masked children. This provided Gov. Kemp with another opportunity to highlight her hypocrisy: “Stacey Abrams wants state government mask mandates for Georgians and their children. But it looks like they wouldn’t apply when she’s attending a photo op.” Abrams’ campaign manager, Lauren Groh-Wargo, compounded the blunder with a clumsy attempt to change the subject by playing the race card:

It is shameful that our opponents are using a Black History Month reading event for Georgia children as the impetus for a false political attack, and it is pitiful and predictable that our opponents continue to look for opportunities to distract from their failed records when it comes to protecting public health during the pandemic.… This pathetic, transparent and silly attack is beneath anyone who claims he wants to lead Georgia.

In addition to unforced errors, Abrams is also guilty of major flip-flops. She now insists, for example, that she never favored defunding the police. Yet, during a 2020 interview on this subject, CNN’s Alisyn Camerota asked Abrams, “So yes to some defunding?” She answered, “We have to reallocate resources, so yes.” She then posited this implausible budget dilemma: “If there’s a moment where the resources are so tight that we have to choose between whether we murder black people or serve black people, then absolutely our choice must be service.” Having since discovered that “defund the police” is deadly at the ballot box, she now says she wants to increase police salaries.

Georgia voters are likely to be skeptical, considering that Abrams still sits on the board of the Marguerite Casey Foundation, which openly advocates defunding and even abolishing the police altogether. Its Twitter feed is full of posts like this: “What we’re seeing is an evolution in thinking. ‘Defund the police’ was put onto the agenda and it’s changing the discourse. It’s making people think about ‘Well, what should policing look like?’” Most Georgians think “policing” should “look like” a real attempt by our leaders to reduce crime. Abrams’ continuing presence on the board of this radical foundation means her vision differs substantially from that of the voters.

This, in the end, is why Abrams can’t make the sale in the Peach State. Ironically, her elevation to political stardom by the corporate media has become something of a liability. Most Georgia voters know more about her than they did in 2018 and that has made fewer of them willing to trust her. Moreover, her celebrity status has also made her so complacent that she hasn’t attended to the political basics. She gets a lot of money from out of town, but has neglected local constituencies without which she can’t get elected. Finally, it’s clear that she has no real plan to fix any of the myriad problems facing Georgians. Being famous for being famous isn’t enough. She has to actually do something.