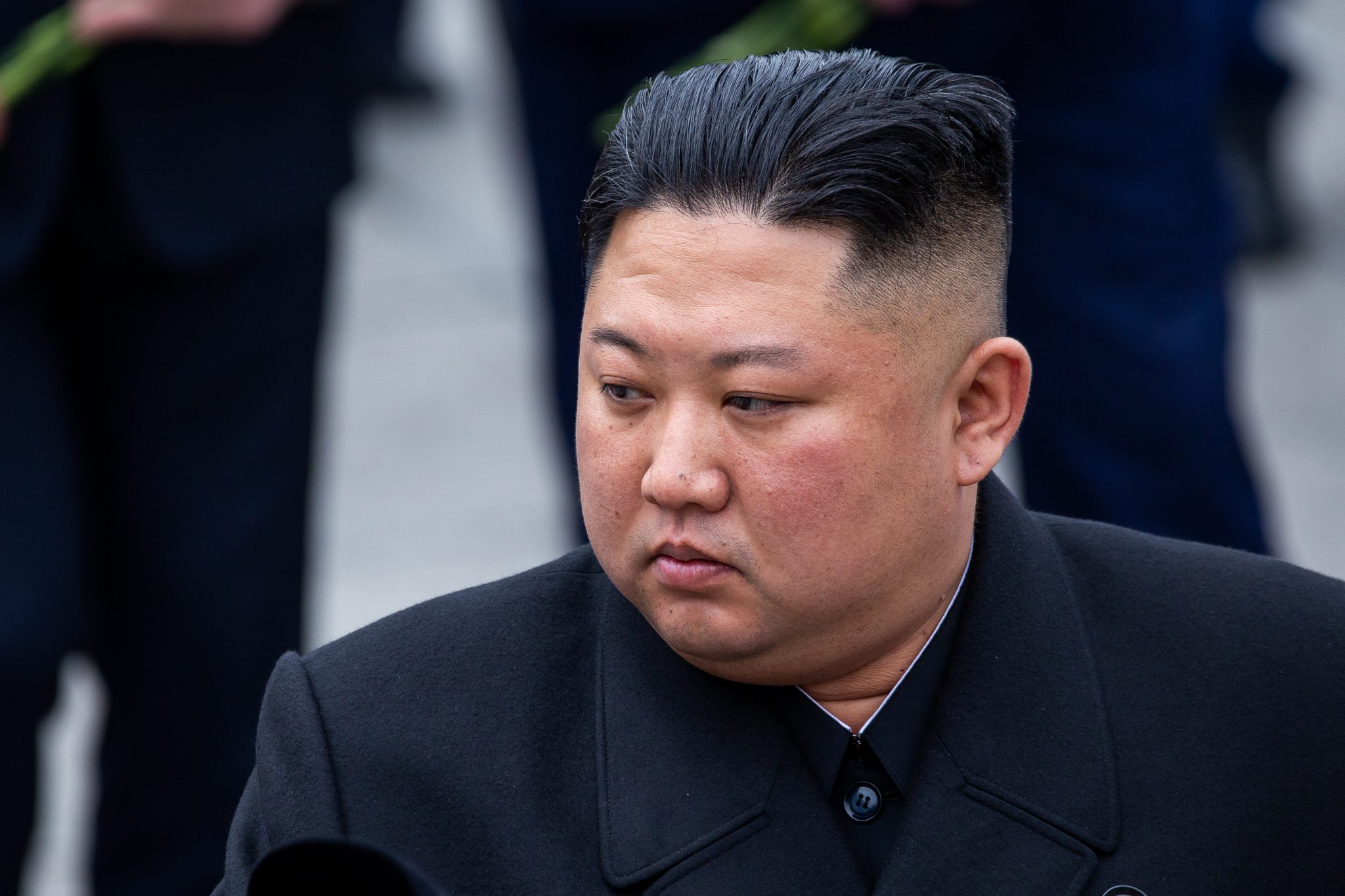 Is he sick? If so, with what? Might he die? What happens then? Who ends up in charge? Could there be a civil war? Might the fighting involve other nations? Who knows? Who cares?

Watching North Korea today is a bit like studying the Soviet Union of old. You worry about who is mentioned, and how often and prominently, in the media. You note who stands next to whom atop Lenin’s tomb when a parade is held. If someone important dies, you look for who is named head of the funeral committee. Such observations are treated as a unique science, known as Kremlinology.

The Democratic People’s Republic of Korea is an outgrowth of the Soviet Union and World War II.

After World War II, the Soviet Union had become a superpower alongside the United States. The USSR extended its reach into Eastern and Central Europe and became a second global pole, challenging Washington and allied states around the world. With a nuclear arsenal capable of destroying America and Western Europe, Moscow and the identity of the Kremlin’s denizens mattered. So Kremlinology took off.

Thankfully that all ended on Christmas Day 1991. In a gift to the entire world, the infamous Evil Empire dissolved. The Kremlin remained, with its mysteries revealed. Vladimir Putin now heads a revived Russia that still challenges America, but the Russian Federation is a shadow of the old USSR. And leadership politics is largely conducted in the open.

North Korea, however, has taken over the old Soviet game. The Democratic People’s Republic of Korea (DPRK) is an outgrowth of the Soviet Union and World War II. The Korean peninsula was a Japanese colony. When Tokyo surrendered, the U.S. proposed splitting Korea into two occupation zones. The Red Army, which controlled Manchuria across the Yalu River, could have grabbed the entire peninsula, but Stalin agreed to the deal. The concession may have reflected his desire to get a zone in Japan.

The Soviets appointed a middling guerrilla leader by the name of Kim Il-sung head of their area, which became the DPRK in 1948. Two years later, Kim sought to forcibly unify the peninsula. The U.S. intervened and drove the North Koreans toward the Yalu, at which point China, with Moscow’s backing, deployed hundreds of thousands of “volunteers.” The war raged for another two and a half years as the battle lines stabilized roughly along the original border.

An armistice ended the fighting, but the war theoretically continued without a peace treaty being reached. China eventually withdrew its troops while American forces remained. Nevertheless, in the early years the North had the advantage over the Republic of Korea (ROK), poor, authoritarian, unstable. In the 1960s, ROK dictator Park Chung-hee set his nation on the path to economic success. Democracy came in 1987.

The balance of power shifted ever more quickly against Pyongyang. The Soviet collapse ended Moscow’s close relationship with the DPRK. Indeed, Russia recognized Seoul, triggering a splenetic reaction by North Korea. Beijing followed Moscow in establishing diplomatic relations with South Korea. By the late 1990s, people in the North were starving while the South’s population was enjoying the fruits of advanced industrial capitalism. In fact, the ROK became a global power, one of the great trading nations with an economy among the world’s top dozen or so.

Which raises the question, why are American troops still stationed in South Korea?

Foreign policy should be dictated by circumstances. In 1950, the Korean peninsula mattered to the United States. Control was up for grabs after Imperial Japan’s surrender. The region had been devastated by Japanese occupation and war, leaving it vulnerable to Soviet control. Events on the peninsula could impact European affairs, with war-ravaged Western European states facing a victorious Red Army. Washington had little choice but to halt the North Korean invasion and protect its weak client state.

With the end of the Cold War, however, the peninsula lost its special strategic importance. More important, the ROK is well able to defend itself. It raced past its northern antagonist on virtually every measure of power — today enjoying a population twice as large and economy upwards of 53 times as great. Moreover, Pyongyang is essentially alone. Neither Beijing nor Moscow would go to war with the U.S. over North Korea, especially to save it from its own folly in starting a conflict. Today China trades more with the South than does America, and Russia is far more concerned about the integrity of its European border.

South Koreans are an active, entrepreneurial people and need not be treated like welfare dependents.

Recognizing this, President Donald Trump long has criticized an alliance in which America’s job is to defend the ROK and the ROK’s job is to be defended. In reaction he proposed a more than five-fold hike in Seoul’s payment to support the U.S. garrison, to $5 billion. This triggered a bitter dispute with the Moon government and led to a deadlock over “Special Measures Support,” more usually called host nation support.

Washington should develop plans for a phased withdrawal of U.S. personnel from Korea. They aren’t needed to defend the ROK. And they don’t contain China.

South Koreans reacted badly even though $5 billion, or more, would still be a great deal. For years Americans spent more than South Koreans to protect South Korea. With Washington’s finances disastrously in the red even before the coronavirus catastrophe and massive unfunded bailout, the U.S. no longer can afford to subsidize prosperous, populous allies like Seoul.

Unsurprisingly, the ROK balked at the president’s demand. Strangely, Washington refused to use its leverage and begin pulling out U.S. forces. Instead, the administration laid off thousands of South Koreans working on American bases. This actually punished U.S. personnel by increasing their duties. The Moon government decided to play the waiting game, hoping for a more pliant Biden administration, which would go back to the old ways and keep the South on America’s defense dole.

Washington should develop plans for a phased withdrawal of U.S. personnel from Korea. They aren’t needed to defend the ROK. And they don’t contain China. If Washington ends up at war with Beijing, the U.S. won’t be fighting a land war and invading Manchuria. An army division located in South Korea wouldn’t be much help. And no South Korean government would allow any American government to use bases located in the ROK against the PRC absent a direct threat to the South. South Korea would be foolish to turn itself into a permanent enemy of the giant with a long memory next door, which always will be next door.

The U.S. could maintain a nuclear umbrella over the South or consider leaving Seoul free to develop its own nukes if the North continues with its program. The latter prospect might be the best means to encourage Beijing to take a more active role in pressuring the DPRK to halt. In either case an American conventional presence is unneeded. Indeed, the American garrison provides Pyongyang with 28,500 nuclear hostages, which Washington has foolishly placed within easy range of the North.

Finally, the misnamed “Mutual” Defense Treaty should be replaced with a looser agreement for military cooperation but ending Washington’s obligation to go to war for the ROK. Other nations should take on principle responsibility for their own defense. The U.S. should maintain full flexibility in deciding whether or not any particular conflict requires American involvement. The good news is that America is almost uniquely secure. Intervention should be a last, not first, resort.

If Washington turned Korea over to the Koreans, no longer threatening to intervene against the North, Pyongyang would lose interest in America. Members of the Kim dynasty are not suicidal; the ruling Kims have always wanted their virgins in this world, not the next. Their nuclear program is an effort to deter a superpower bent on perpetual meddling and regime change. With America out, there would be no more threats against the United States. And no more directing its nuclear program against the United States.

As well as no need for Americans to worry whether or not Kim had heart surgery, as claimed by some. Or caught COVID-19, as others believe. Or simply decided to take a couple weeks off and confound Western observers. The Korean equivalent of Kremlinology also would thankfully disappear in America.

Doug Bandow is a Senior Fellow at the Cato Institute. A former Special Assistant to President Ronald Reagan, he is author of several books, including Tripwire: Korea and U.S. Foreign Policy in a Changed World and co-author of The Korean Conundrum: America’s Troubled Relations with North and South Korea.