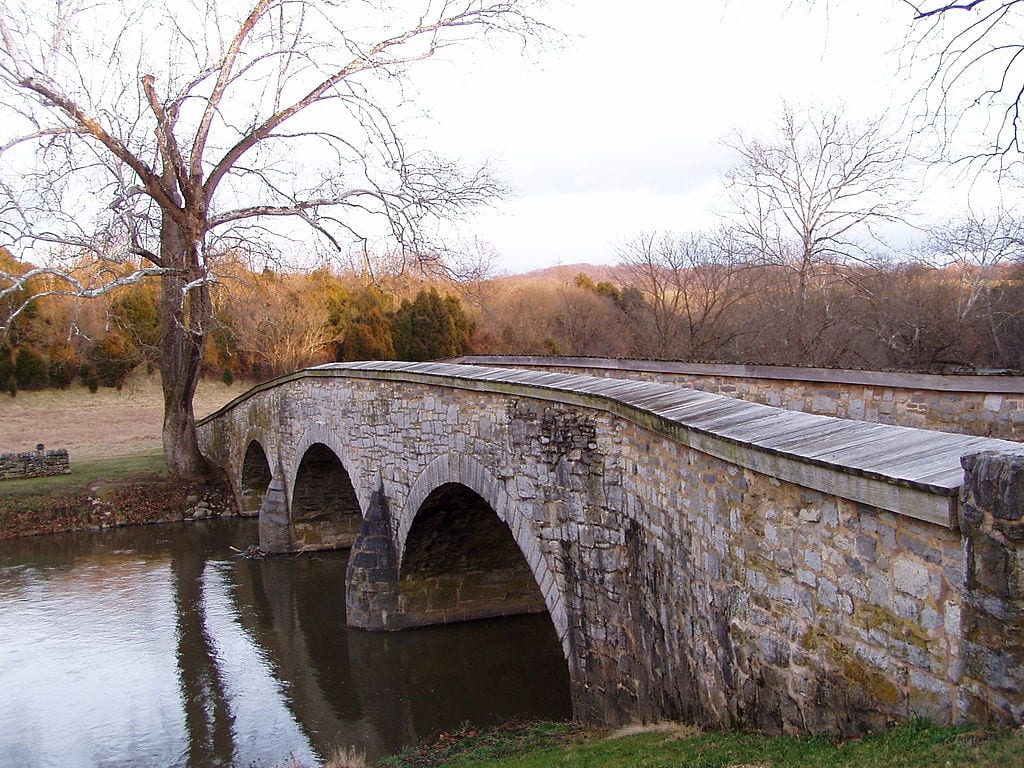 In one of his final columns in 2015, my late friend Peter Hannaford wrote about how liberal activists had been trying to remove a statue of William McKinley not far from his home in California.

On February 21, 2018, the Arcata City Council voted 4 to 1 in favor of removing McKinley’s statue. It seemed like all was lost until a few weeks ago, when one resident from Arcata, David LaRue, decided to fight back.

LaRue thought the city council was wrong and threatened a lawsuit. On March 7, the Arcata City Council decided to compromise and permit an advisory vote on the statue. Residents will have the option to vote to keep the statue in place or move it somewhere else.

McKinley was just 18 years old when the Civil War began. When he arrived at Fort Jackson, he was given a choice to either serve just three years or for the duration of the war. He decided to fight for the entire war.

McKinley fought at Antietam, which was the bloodiest day of battle in American history. Approximately 23,000 Americans were reported killed, wounded, or missing that day after 12 hours of fighting. In 1903, President McKinley was honored for his service with a monument at Antietam.

According the National Park Service, which manages the Antietam battlefield:

Sergeant McKinley Co. E. 23rd Ohio Vol. Infantry, while in charge of the Commissary Department, on the afternoon of the day of the battle of Antietam, September 17, 1862, personally and without orders served “hot coffee” and “warm food” to every man in the Regiment, on this spot and in doing so had to pass under fire.

His fellow soldiers were pinned down in battle and he risked his life to give them food. After that battle, McKinley was promoted to second lieutenant for his bravery. By the time the war ended, he achieved the rank of brevet major.

For people who credit President Lincoln for winning the Civil War, we should remember that on August 23, 1864, President Lincoln wrote, “This morning, as for some days past, it seems exceedingly probable that this Administration will not be re-elected.”

If President Lincoln lost the 1864 election, his opponent, Democrat George McClellan, was prepared to accept an agreement where slavery would have been preserved if the Confederate states agreed to return to the Union.

McKinley came from an abolitionist family. Preserving slavery in exchange for peace was abhorrent to him.

Lincoln owed his re-election to a series of Union victories in September and October 1864. The most well-known victory was General Sherman’s victory over Atlanta on September 2, 1864.

On October 19, 1864, the Union won the Battle of Cedar Creek. Then-Captain William McKinley, along with another future Republican President, Rutherford B. Hayes, was there and the two helped give Lincoln one of the last significant victories in the Civil War.

Following this victory, the Shenandoah Valley was secure and Confederate forces could never again threaten to attack Washington, D.C. The timing couldn’t have been better. It was less than a month before Abraham Lincoln was up for re-election.

In his book, The Triumph of William McKinley, Republican strategist Karl Rove points out that McKinley tried to heal the divisions in the country. If only Nixon could go to China, only a dedicated soldier of the Union Army could reach out to Confederate veterans.

On October 9, 1896, approximately two thousand former Confederate soldiers visited Canton, Ohio. Most of these soldiers fought in the Shenandoah Valley and may have directly fought McKinley. On that day, the same men who fought each other decided to march together in a display of unity.

McKinley didn’t reach out to the former Confederates by abandoning Civil Rights. Karl Rove argued in his book that McKinley never would have won the Republican nomination if he hadn’t gone into the South and competed for black votes. While McKinley had no chance of winning any southern states in a general election, those states had 222 delegates, which was almost half the amount needed to win the Republican nomination in 1896.

McKinley became the first presidential candidate of either major party to publicly campaign in front of a predominantly black audience. McKinley’s campaign understood if they could take most of those southern delegates, he had a good chance to win in a crowded field.

William McKinley is an American hero. The Arcata City Council wrongly judged McKinley without historical context. They should have taken the time to look at his entire public career. Even liberal historian Arthur Schlesinger once said, “Self-righteousness in retrospect is easy — also cheap.”

I don’t know how the residents of Arcata will vote, but it is clear to me how Abraham Lincoln would have viewed this matter. Lincoln reminded the country in Gettysburg Address that, “The world will little note, nor long remember what we say here, but it can never forget what they did here. It is for us the living, rather, to be dedicated here to the unfinished work which they who fought here have thus far so nobly advanced.”

William McKinley was one of those men who fought and “nobly advanced” our nation’s highest ideals in the Civil War. For that reason, McKinley’s statue should remain in place.