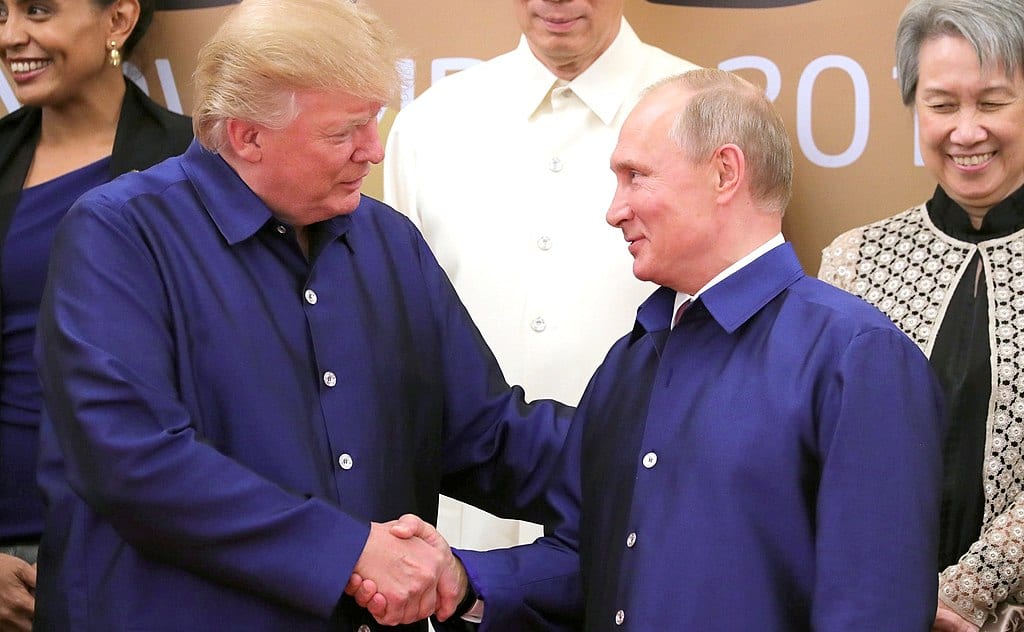 More Politics
Sign Up to receive Our Latest Updates!
Register
Hot Off
The Press
Another Perspective
The Shy Trumper Phenomenon Is Real
by Robert Taylor
Technically Right
Hunter Biden Is Just the Tip of the China Iceberg
by Andrew Langer
Campaign Crawlers
There Is Still Hope in the Heartland
by Robert Stacy McCain
Loose Canons
The Coming Taiwan Test
by Jed Babbin
Special Report
Boom! — Emails Expose Biden Inc.
by Jeffrey Lord

Over the last two weeks at The American Spectator, journalist Kevin Mooney reported a significant story he has been investigating for at least a year. The potential political repercussions could expose one of the most disturbing Russia-collusion scandals of the Trump era — and it doesn’t implicate Donald Trump. To the contrary, it would implicate some of Trump’s loudest critics on the left. These leftists, it is alleged, might have worked against some of Trump’s biggest supporters in the Rustbelt; supporters that won him the presidency. And yet, for some reason, the story hasn’t blipped on Donald Trump’s radar screen — or Twitter screen. Trump hasn’t talked about it, including in his raucous rally in Western Pennsylvania on behalf of Rick Saccone in the Saccone-Lamb congressional race in a district that Trump won by 20 points.

As Kevin Mooney reported in two exclusives (posted here and here), there indeed appears to be some serious Russian meddling going on. It’s not, however, the meddling being pushed by the party line at CNN and MSNBC. This meddling would be Russian funding of U.S. environmental groups, which, in turn, used those Russian resources to work against fracking in the United States and the Keystone pipeline.

To put it succinctly: These reports suggest some sort of collusion or cooperation between U.S. environmental groups and Putin’s Russia, working together to undermine America’s crucial domestic energy sector. This sector is a boom industry, tremendous for our workers. It has resurrected the Rustbelt.

Mooney did a major story on this last August, which failed to gain any traction in the mainstream media. He reported in great detail that “some [U.S.] environmental activists who pressure politicians to halt production of natural gas [in the United States]” were acting as “agents of influence” on behalf of the Kremlin’s energy profits. As students of the Cold War know, agents of influence were a prime asset for covert Russian activity inside the United States. The Russians learned during the Cold War that agents of influence could be just as effective (if not more so) than outright KGB spies on the payroll.

Mooney cited and quoted (among others) retired CIA officer Kenneth L. Stiles, who analyzed the “money trail” between certain U.S. environmental interests and Russian energy interests. Stiles said these environmental groups “are, without a doubt, agents of influence to Moscow through [a] networking system of shell companies and foundations.”

What followed in Mooney’s story was a stunning array of information that truly cannot be ignored. He has since followed up with additional reports — one on U.S. green groups, the Russians, and the Foreign Agents Registration Act — as well as his pieces here at The American Spectator.

Mooney interviewed me back in October, for a story that was again completely ignored by the media. He sought me out for historical context, given my knowledge of the dramatic behind-the-scenes story of what the Reagan administration did in the 1980s. President Ronald Reagan and a handful of key advisers, led by Bill Clark at the NSC and Bill Casey at the CIA, undermined Russia’s energy sector as part of a larger plan to undermine the USSR.

And thus, as I told Mooney, it’s fascinating to see Russia today working to undermine the construction of two natural gas pipelines on U.S. territory when, in the 1980s, Reagan worked to undermine the construction of two huge natural-gas pipelines on Soviet territory. Reagan and his administration succeeded in slowing and blocking the development of those pipelines. It was one of the most devastating forms of economic warfare ever waged against the Evil Empire.

Now, today, Russia seems to want to turn the tables. That is, Russia is apparently trying to block U.S. pipelines, and then some. Russia would also like to hinder other forms of energy development (i.e., fracking) thriving in the United States. Russia is doing this to protect and enhance its own energy sector.

It’s like an old Cold War powder-keg that went dry is suddenly being reignited with reverse fuses.

But what makes the current situation more nefarious is the possibility — if Mooney’s suspicions are indeed accurate — of Russian manipulation of domestic environmental groups inside the United States, and their willful cooperation. In the 1980s, Ronald Reagan had a heck of a time trying to enlist the support of Western allies in blocking the Siberian gas pipeline. Even Margaret Thatcher balked, because she wanted Britain to have the cheap Russian gas and British firms to have construction contracts in building the Kremlin’s pipelines. The same was true for the West Germans and French. Ronald Reagan boldly proceeded essentially alone, and the results were beautifully lethal to the Soviet economy.

But here today, we have the extremely troubling possibility of our own U.S. citizens being targeted and tapped by the Russians to undercut our own domestic industry, our workers, our consumers, our prices, our overall economy.

Of course, an essential consideration is whether these domestic forces know they’re being exploited. If they’re willfully working with Vladimir Putin’s Russia, that would be a very serious matter. If they’re mere dupes, then they have a legal and moral obligation to mend their ways once made aware of any malfeasance, especially if in violation of U.S. law.

Finally, politically speaking, consider the striking irony here: we have the apparent possibility of liberals from the environmental movement helping Putin and the Russians at the very moment liberals have been screaming about cooperation between the Trump campaign and the Russians.

A critical factor in Donald Trump winning Rustbelt states like Pennsylvania and Ohio was the energy sector. Forget “Build the wall” or “Lock her up,” Trump’s 2020 slogan ought to be “Drill, baby, drill.” Across party lines, Americans are widely sympathetic to harnessing our vast energy reserves to create jobs and economic growth, from white-collar Wall Street to blue-collar Democrats. If Trump is looking for a winning policy issue that’s not partisan, this is it. If he’s looking to repeat his winning Electoral College strategy, this is an ideal issue. Most normal Americans, outside the loony left, express great frustration at why we don’t drill, drill, drill. Trump should drill — and out-drill Putin. If the environmentalists want to protest that one, let ’em, and let Trump unleash on ‘em.

As Kevin Mooney wrote at The American Spectator: “Russia, the world’s largest oil producer, figures to watch the U.S. surpass it within five years. Killing fracking and the pipeline stand as two ways for Russia to avert this fate.”

And so, to return to the central point, is it true that U.S. environmental groups have been aiding and abetting Putin and the Russians against our own domestic energy sector? Is this a case of political-economic collusion?

Donald Trump typically responds to crickets by creating his own firestorm. Well, where is he? This could be one of the biggest scandals out there, and fully in line with Trump’s political and economic thinking. Why isn’t he going bonkers with his Twitter account? Is he not reading The American Spectator? Surely he is.

I’m surprised by his silence. I’m sure his Rustbelt voters would be as well.

Paul Kengor
Follow Their Stories:
View More
Paul Kengor is professor of political science at Grove City College in Grove City, Pa., and senior academic fellow at the Center for Vision & Values. Dr. Kengor is author of over a dozen books, including A Pope and a President: John Paul II, Ronald Reagan, and the Extraordinary Untold Story of the 20th Century, The Politically Incorrect Guide to Communism, and Dupes: How America’s Adversaries Have Manipulated Progressives for a Century.
Most Popular
1
Special Report
Steelworkers Union Sticks It to Trump
by Paul Kengor