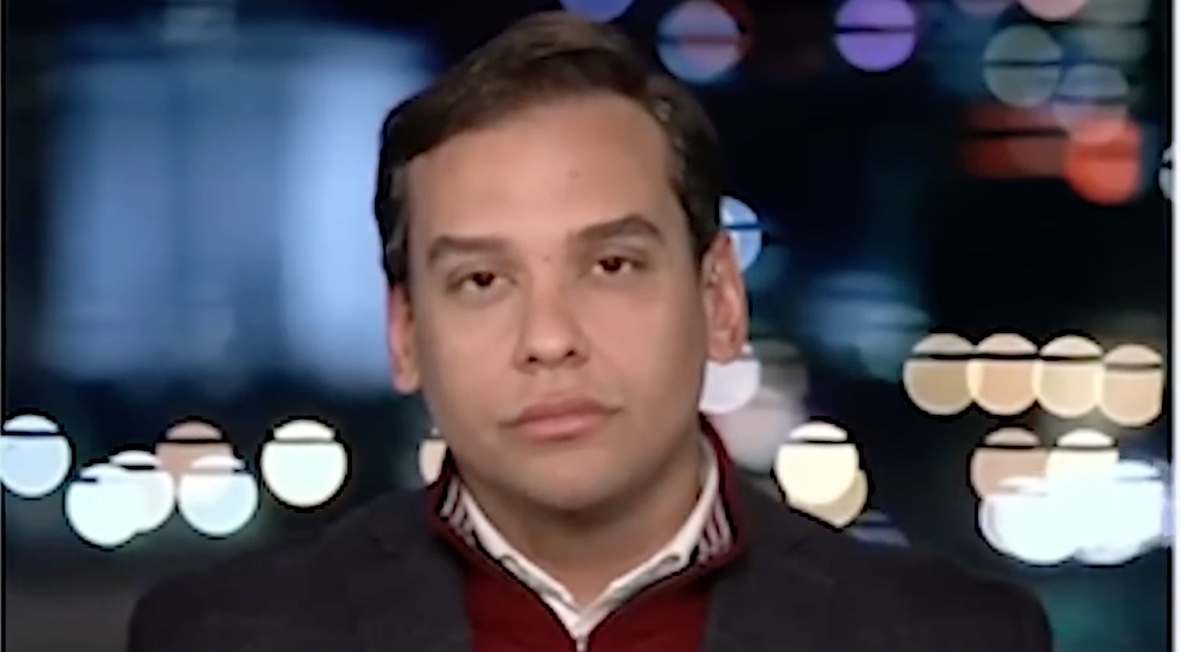 The Democrats and the Fourth Estate have finally found, in congressman-elect George Santos (R-N.Y.), a Republican who is genuinely guilty of lying to the voters. Having thus discovered themselves — for once — in possession of the moral high ground, they have made the welkin ring with cries of outrage and calls for his resignation. However, if he ignores those calls, it may be difficult to stop him from being seated in the House and even harder to expel him once he takes office.

But surely the Speaker of the House can simply refuse to administer the oath of office to Santos, right? Wrong. This was attempted in January of 1967, after Rep. Adam Clayton Powell (D-N.Y.) was re-elected despite allegations that he had misappropriated funds as Chairman of the Education and Labor Committee. At the opening of the 90th Congress House Speaker John McCormack (D-Mass.) refused to swear Powell in and the House passed a resolution that denied him his seat while a bipartisan committee investigated the charges.

Powell filed a federal lawsuit claiming that neither the Speaker of the House nor the House of Representatives as a body possessed the constitutional authority to deny him his seat. The District Court dismissed the case on the grounds that it had no jurisdiction to rule in the matter. Powell lost again on appeal. At length, the case was taken up by the Supreme Court, where Powell finally prevailed. Christopher DeLacy, co-chair of the Political Law Group at Holland & Knight, provides an accessible explanation of the Court’s ruling:

In Powell v. McCormack, 395 U.S. 486 (1969), the Supreme Court ruled that the House’s Constitutional authority to judge the qualifications of its own members was post facto and could only be exercised via expulsion after a 2/3rd affirmative vote. In other words, the House and Senate have no discretion when deciding whether to seat a candidate who has been duly elected under state law, but may take steps to expel that member after they have been sworn-in.

Consequently, the House can only prevent Santos from taking office if he has violated the constitutional requirements for holding office. If he meets the age, citizenship and state residency requirements, he must be seated. The Constitution contains no caveats concerning the ethics or honesty of a candidate. The voters of New York’s 3rd District took Santos at his word and he defeated Democrat Robert Zimmerman by nearly 8 points. Once seated, he can theoretically be expelled, but the expulsion process is extremely cumbersome.

Article I, Section 5 of the Constitution states, “Each house may determine the rules of its proceedings, punish its members for disorderly behavior, and, with the concurrence of two-thirds, expel a member.” The “two-thirds” stipulation is where things get tricky. After Jan. 3 the partisan balance of the House will be 222 Republicans, including Santos, and 212 Democrats — Rep. Donald McEachin (D-Va.) died on Nov. 28. All of the Democrats would vote for expulsion, but it will require 75 GOP votes to reach the two-thirds threshold.

Meanwhile, CBS News reports, “The anger toward Congressman-elect George Santos is growing as dozens of his constituents held a demonstration calling on the New York Republican to resign.” The bad news for these alleged Santos voters is that there is no constitutional mechanism whereby a congressional representative may be recalled by his or her constituents. If Santos refuses to resign and the GOP declines to expel him, the voters are essentially stuck  with him. The Congressional Research Service phrases it thus:

[N]o Member of Congress has ever been recalled in the history of the United States. The recall of Members was considered during the time of the drafting of the federal Constitution in 1787, but no such provisions were included in the final version sent to the states for ratification, and the specific drafting and ratifying debates indicate an express understanding of the framers and ratifiers that no right or power to recall a Senator or Representative in Congress exists under the Constitution.

Assuming the demonstrators are actually Santos voters, their frustration is understandable. However, the information on his numerous whoppers was available in at least one local news outlet long before Election Day. The North Shore Leader published a story about Santos in September that raised questions about inconsistencies in his financial disclosures, including implausible claims about his personal wealth, fictitious tales about a mansion in the Hamptons, and a suspiciously extravagant loan to his own congressional campaign.

The North Shore Leader is widely read in the 3rd District according to a report by the Washington Post, but none of the alleged constituents calling for his resignation seems to have seen the story linked above. Why not? Citizenship in a free republic does come with certain responsibilities. They include taking a little time to learn about the congressional candidates who would represent us in Washington. It isn’t the fault of the voters that George Santos is a pathological liar, but that is hardly an excuse for failing to do one’s homework.

Ultimately, it’s unlikely that the Republicans will welcome Santos with much enthusiasm, but their new majority in the House will be so narrow that they may as well hold their noses and make use of him. It’s not as though liars are an endangered species in Congress. Moreover, it doesn’t hurt his cause that he has pledged to support House Minority Leader Kevin McCarthy for House Speaker. So, unless he voluntarily resigns, George Santos is about to become a member of what Mark Twain once called America’s only distinctly criminal class.