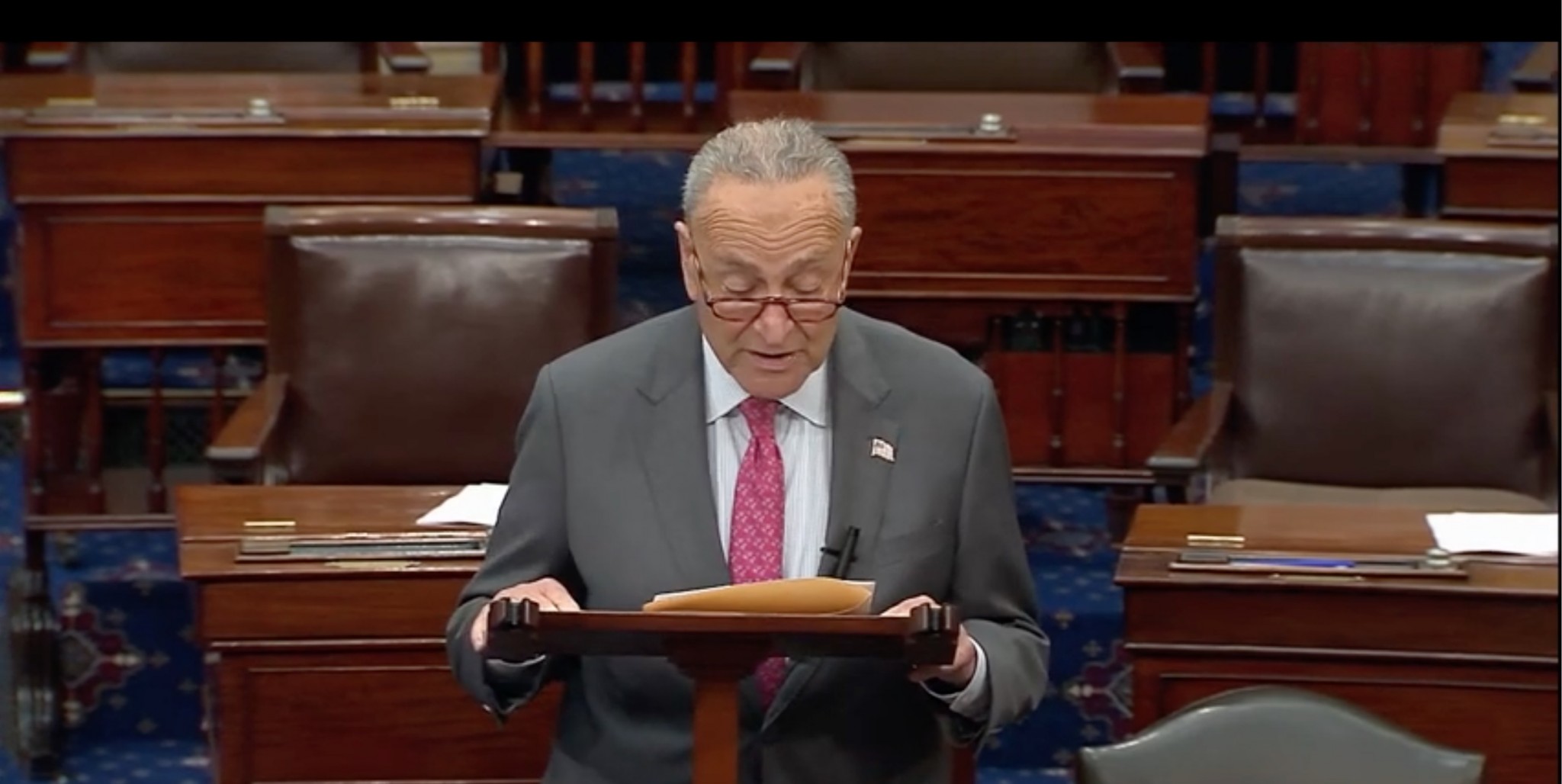 The battle over the federal debt ceiling that’s currently being fought by government officials and legislators is yet another example of the political posturing that’s so prevalent these days. On one side, you have Democrats, who believe that the debt ceiling should be increased automatically or removed altogether, no matter what level of debt Uncle Sam accumulates, and that it should be done with the support of Republicans. On the other side, you have Republicans, who occasionally remember that they are against big government spending, especially if they’re in the minority when the debt ceiling needs to be raised.

Consider Senate Majority Leader Chuck Schumer, D-N.Y., railing against Republicans for saying they won’t vote for a bill that funds the government until December and includes a debt ceiling suspension. He accuses them of wanting the federal government to shut down and to default on its debt.

Don’t fall for it. Yes, defaults are bad — which is why nobody wants that.

Thankfully, there’s a difference between refusing to raise the debt ceiling and defaulting on our debt. What’s more, as Brian Riedl of the Manhattan Institute reminds us, Democrats currently hold the White House, the House, and the Senate, and they could have raised the debt ceiling all alone without the Republicans. All they had to do, he writes, was to “include debt limit instructions in either of the two budget resolutions that they passed this year,” allowing them to increase “Washington’s borrowing authority to the reconciliation bills — which are not subject to filibuster and thus can pass the Senate with only the 50 Democratic votes.”

Yet they probably didn’t do that so their members wouldn’t have to cast a vote acknowledging all of the spending and borrowing they approved. But now they’re dragging Republicans into their mess, hoping to either get political cover for raising the debt ceiling or let the GOP get the blame for a government shutdown.

Incidentally, Republicans aren’t wrong to be outraged by the $3.5 trillion spending bill Democrats are pushing through reconciliation, most of it unpaid-for by those who will receive the benefits, piled on top of trillions of dollars for COVID-19-relief spending and an already vast deficit. Republicans argue that blocking this level of spending is another reason to oppose raising the debt ceiling.

Democrats correctly contend that there is a cost to not raising the debt ceiling immediately, though there’s also a cost to allowing this astronomical spending to go through. It’s just not as obvious because most of the costs will materialize in years to come. But it doesn’t make it any less immoral.

That’s why, back in 2011, I favored using the debt ceiling as a pressure point to extract some entitlement reforms. The political environment was completely different back then. Most Republicans seemed to be on board with the idea that some fiscal responsibility was prudent, and so were many Americans who made overspending a theme of the 2010 midterm elections. However, the strategy failed when all we got were weak spending caps that Republicans and Democrats repeatedly lifted if they got in the way of their insatiable hunger for spending.

This is not an argument for giving up or getting rid of the debt ceiling limit. But it is an argument to remind readers that we wouldn’t be having these fights if it weren’t for the numerous expansions of the entitlement state (programs like Medicare, Medicaid, and Social Security) approved by past Congresses and administrations. These provisions are impacting us today and will continue to impact us into the future, so long as both sides refuse to implement reforms.

Democrats have long said they won’t do it. However, those Republicans complaining about President Joe Biden’s spending spree are part of the problem, too. Just look at what happened when Republicans were in power. Former President George W. Bush oversaw the creation of Medicare Part D. Under former President Donald Trump, Republicans refused to touch Social Security and Medicare, and they embraced the creation of a federal paid leave program and the equivalent of a universal basic income for kids. There’s no denying that Republicans are part of our fiscal problem, too.

Raising the debt ceiling without a strong commitment to entitlement reform is irresponsible, but empty political gestures accomplish nothing, either. Short of a massive burst of growth triggered by some future innovation, our only option is to convince the American people that more spending will ultimately come to bite them and their children in the behind. There is no better time than the debt ceiling showdown for that.