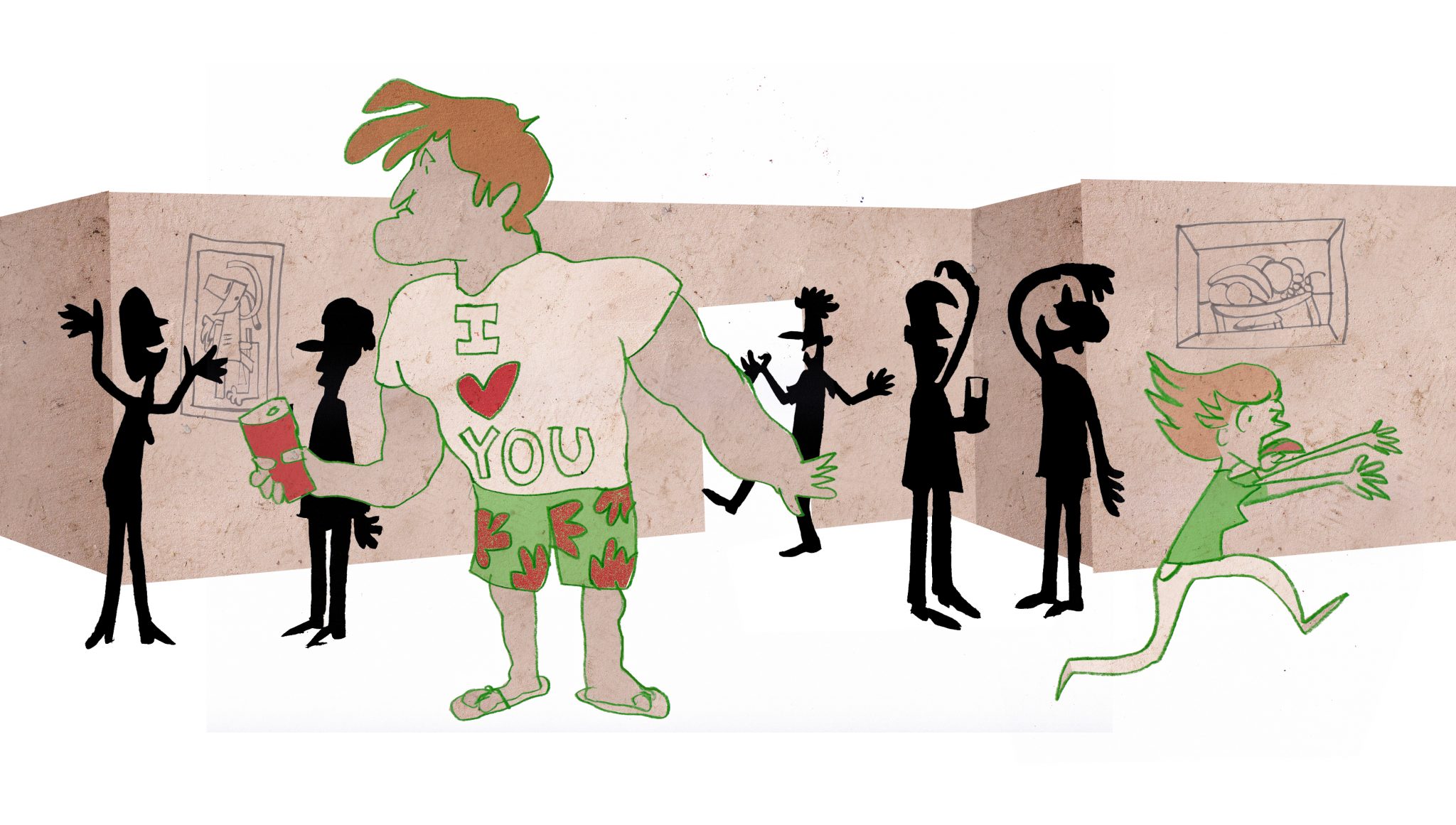 It’s summer and I really don’t know why you want a boyfriend. You never know where to put him. If you leave him in the driveway, you might trip over him and break a heel. A boyfriend always gets in the way. I have a friend who tidied one away in her closet, following Marie Kondo’s instructions, and, years later, her current husband almost died of the shock when, while looking for a clean pair of underwear, he discovered him folded into a neat little package. The old boyfriend was embalmed like that, in the shape of an accordion. They buried him in a small cupboard. All the termites in the house attended the ceremony.

So you tell me you’ve finally found a conservative boyfriend, and I congratulate you, but the Second Amendment is pretty conservative too, and that doesn’t mean you should marry it.

Leave your boyfriend somewhere he can’t get out of without calling the fire department. For example, on the women’s floor of a shopping mall. At this time of year the flowers are in full bloom outside, and you are part of the garden. And it just doesn’t make sense for you to show up at parties dragging behind you that formaldehyde-preserved Visigoth, who promised you in winter that he would have even bigger muscles, and indeed he succeeded: his whole head has already disappeared between his shoulders.

More and more, my friends are showing off their boyfriends in their Instagram posts the same way a 19th-century Texan cowboy would display cattle heads. So much so that I don’t know if they’re just showing them or offering them for breeding. It’s a big mistake. Afterwards it’s a pain to have to go around erasing posts in which you look great, just because that guy is there, looking into the lens with a face that reminds you of a young deer looking at the National Geographic cameraman while being eaten by a wolf.

So you tell me you’ve finally found a conservative boyfriend, and I congratulate you, but the Second Amendment is pretty conservative too, and that doesn’t mean you should marry it. I don’t know, give him a bow tie and have him greet visitors at your house while you go to the party with your friends. It’s a perfect time to meet guys because most of them wear muzzles, and that keeps them from talking over your favorite song. Besides, men are compulsive hypochondriacs, so while the coronavirus is around there’s no chance he’ll try to kiss you on the first date. Panic over another’s droplets gets the better of us. I have a friend who kissed a girl on the forehead for the first time in his life because of the coronavirus. She is his wife. They’ve been married for 50 years. He didn’t know she had a forehead.

If you don’t want to get rid of your boyfriend, you can always leave him stunned for a while. More than in his normal resting state, I mean. We men don’t know how to do anything, or at least nothing that involves coordinating two activities at the same time, beyond bending the elbow and slurping.

That’s why one solution to entertaining your boyfriend is to give him a lot of things to do at the same time. Hang a handbag on his shoulder, ask him to write down a meaningless string of numbers, tell him to turn on the oven, and now tell him to turn it off — as soon has he does, shout at him angrily for turning it off and then tell him to turn it on again at once. Also tell him to pick up the phone, turn off the light, and remind him that he has a chocolate stain on his forehead that needs to be wiped off before it spreads further up his scalp and turns his head into something that looks like Munch’s Scream. It won’t be long before you see his eyes roll and he starts emitting a constant beeping sound from his ears. Perfect — you did it. He’s crashed. He’ll leave you alone for a while if you don’t restart him.

Sometimes you want to get rid of a guy but he insists on staying. This happens a lot to Maria Sharapova. You know, guys are crazy about tennis. Some guys get stuck like Velcro and there’s no way to shake them off. They say they’re helplessly in love and things like that. Desperate situations call for desperate measures: propose marriage. My advice is to do it near a cliff, so that when he runs away he will plummet into the sea and, with a bit of luck, be eaten by sharks, making sure he won’t be a repeat offender. You can get him back in the winter when the cold sets in and you need a bear to hug while watching scary movies and eating popcorn. But having one during the summer is a waste of time.

In the end, a boyfriend is something that just lies there on the couch, watching TV and constantly asking why there is no cold beer in the fridge. I have nothing against that familiar male model, but everything works better if you leave him in his cage instead of keeping him in the house. There’s always time to go and throw peanuts at him on Sunday mornings.

Luckily, another male passion is getting together with other males, howling violently and getting drunk, with or without football. If you give them a lot of alcohol and enough time, they will end up fighting with each other, and this is the big advantage: their instinct leads to a natural selection that will save you a lot of time. If a boyfriend comes home at dawn, his clothes torn, drunk, and without most of his teeth, you don’t really have to explain why you don’t want to see him again for a while.

I mean, seriously, babe, I’m a columnist, I mean, I know everything about everything. It’s good that you like guys. But having a boyfriend during the summer is taking things too far. Cruelly killing the hopes and dreams of the other applicants is even a little fascist. Personally, I wouldn’t ever get a boyfriend.