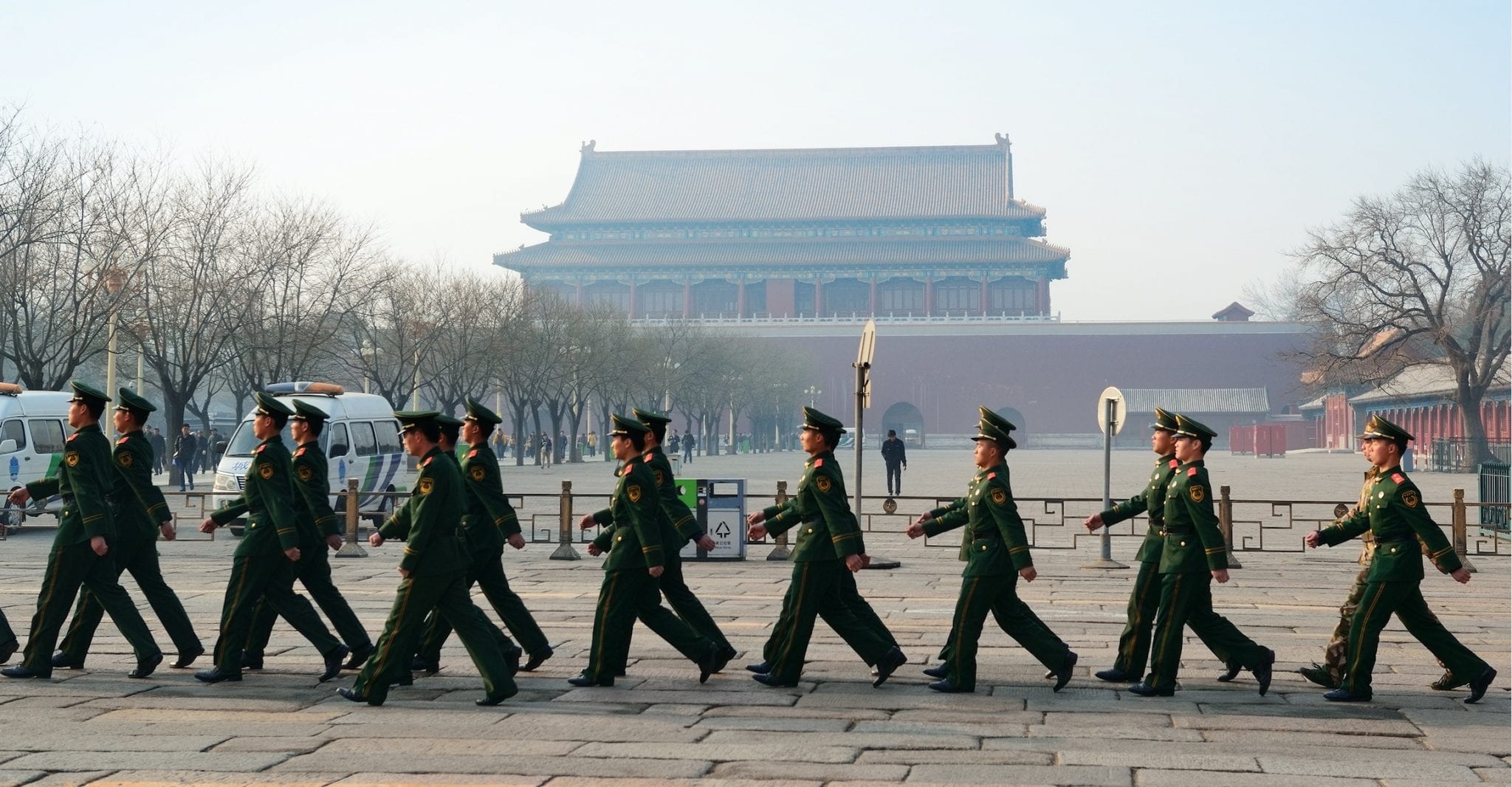 When a scholar meets soldiers, he should not argue with them, for he surely will lose.

Recently I was invited by the “China Goes Global” conference in Winter Park, Florida, to give a keynote speech on the U.S.–China trade war and its implications for management research. In my speech I briefly reviewed the trade war and the reasons behind it, and I pointed out that the control over business firms by the Chinese Communist Party (which is also the Chinese government) has changed the boundary and behavior of Chinese firms. This change has challenged the traditional assumptions about firms, such as that they prize autonomy or are purely profit-seeking, and thus requires new investigation.

A group of young scholars from China were very angry with my speech and accused me of lying. Frankly, I was quite shocked by their accusation. The moderator of the meeting asked them to explain how I lied. While I was not happy about being called a liar, I also very much hoped that they would identify mistakes in my speech. Who better to collect feedback from than those who disagree with me? So I encouraged them to criticize my talk. Two of them stood up, and the whole room was quiet with anticipation. But, to the audience’s and my disappointment, they could not deliver any more specific criticisms about my alleged lying. Finally, one of the young scholars gave her definition of lying as “not true,” which drew a few claps from her group.

The moderator then asked me to reply their accusations. I honestly felt quite dumbfounded. This type of accusation was common from the Red Guards during the Chinese Cultural Revolution in the 1960s, but to experience it over a half century later in an international academic conference was surprising, to say the least. These young participants are the future of China, in academics, politics, and business, but they don’t seem to know how to conduct meaningful discussions. Facing views that differ from theirs, their only tactic was to attack not my work but my character.

At that moment, my daughter’s experience came to mind. When she was a doctoral student in California, she went to a local kindergarten to talk to children about the ocean and encouraged them to ask questions. The kindergarten teacher quickly reminded the children, “Let’s review what questions are. Questions start with the words who, where, what, why, when or how.” I am sure that as they get older, these budding inquirers also learned how to debate.

The young scholars from China may have had a different education. The Chinese Communist Party superimposes their ideology on all aspects of Chinese society, including education. According to the party, communist ideology is an absolute truth that cannot be challenged. If anyone questions it, he or she must and will be denounced and silenced. In recent years, several outspoken professors in China (upon being reported by students) were silenced by the party. Usually the denouncement is done by labeling the deviant person as a counterrevolutionary. In comparison, “liar” is a rather mild label.

In my reply to the young scholars, I said that in academic debate, we must first distinguish facts from opinions. If my facts or data are wrong, you can say that I am wrong. If you feel that I deliberately misrepresented the facts, then yes, that would be lying. If you disagree with my point of view, however, you can put yours forward instead. But you can’t accuse me of lying simply because you disagree.

In my keynote talk, I quoted Chinese President Xi Jinping saying, “We want to be the participant, initiator, and leader of global governance reform and development.” In order to do this, active and meaningful participation in the debate on world affairs is necessary. Let’s consider my keynote speech appearing in a journal instead. An editor might welcome a rebuttal from the young scholars, but an article repetitively stating the retort, “He lied!” would hardly make the cut. I am afraid that even China’s Global Times, which frequently labels critics as “anti-China,” would not run it.

Ironically, these young scholars from China may not realize that the sort of efforts they made to silence me could eventually lead to their own demise. Because the Chinese Communist Party is built on such a lofty ideology, the party needs to periodically eliminate dissenting views to cement its absolute rule. During such a purge, the party would single out the most outspoken person (or people) to be labeled as anti-party, pro-America, or other names, depending on the current enemy. People who are not singled out would feel relieved, and to be safe, they might participate in denouncing these targets. Next time, since the most outspoken ones have been all silenced, the second most outspoken people would be culled. Eventually, victims must be picked from the mildest people who have never questioned the party. Therefore, in order to safeguard themselves, the mildest group should actually protect the most outspoken ones, even though they might not share the same views. Furthermore, if everyone expressed the same ideas in a conference, I am sure even these young Chinese scholars would find it boring.

During the “China Goes Global” conference, I sat in on six presentations, and in every presentation the speaker either criticized the U.S. government or ridiculed President Trump. By the way, these speakers were mostly foreign nationals. No one, not a single American, called the speaker a liar. But when I gave my view on how the Chinese Communist Party runs China and influences the world, I received a collective denunciation from the young Chinese scholars.

This leads to the following question: Can we criticize a government? The answer seems to be a no-brainer: in democracies, we criticize our government and our president all the time; in non-democracies, criticizing the government can cost one’s life. If the non-democracy is small, like Cuba for example, we can safely criticize it without consequences, as long as we are not inside the country.

But for China, this is not the case. Thus, this century-old question suddenly has renewed relevance.

China has the world’s largest economy (measured by purchasing power parity) and one of the strongest armed forces. Besides economic power and military might, the Chinese government projects its global influence through its pervasive propaganda campaign through international broadcasting, media acquisitions, and its numerous Confucius Institutes. All these efforts have impacted the policies and citizens of many countries, including the United States. It is not a stretch to say that people in these countries have every right to criticize the Chinese government.

If what I laid out above is so commonsense, why does virtually no one in international business or management research communities criticize the Chinese government, as evidenced by my experience at this recent conference?

The party-state retaliates against anyone who criticizes it. Scholars who study China need to, or at least like to, visit China. China is a huge academic market, and those who are good at publishing papers or teaching are often invited to visit with paid trips accompanied by lucrative lecturing and consulting fees. But if a scholar criticizes the party-state, he or she may lose all these attractive opportunities and be banned from entering the country. Even worse, he or she may be arrested for a variety of charges, such as endangering state security. If the scholar has family members in China, they may get visits from the police, too.

Those who study China are aware of this danger, and most make sure not to offend the party-state. Though there is no actual list of forbidden topics, scholars tend to play it safe and steer very clear from sensitive issues. Furthermore, knowing there are more applicants than coveted lecture or consulting spots, scholars compete to show who is closer and more aligned with the party. The Chinese government has crafted a conveniently toxic environment to ensure no scholars criticize its political system.

Perry Link, a noted China scholar, likens this type of self-censorship as “the anaconda in the chandelier”: the anaconda just hangs there and does not need to strike. Clearly realizing its presence, people underneath all try to outdo each other in order to not attract the attention of the big snake. So they all engage in self-censorship.

The only way to preserve and restore our power to speak on how the Chinese government’s policies impact the world is to collectively state our rights: people are free to comment on any topic and criticize any government. Many may view this as a futile effort thanks to the prisoner’s dilemma: rights like the freedom of expression are public goods; everyone enjoys it, yet few are willing to fight for it. But we must also recognize the undesirable consequences of not having these rights. And I hope the young Chinese conferencegoers may also see my points here.

Shaomin Li is Eminent Scholar and Professor of International Business at Old Dominion University. His new book, Bribery and Corruption in Weak Institutional Environments, is published by Cambridge University Press.