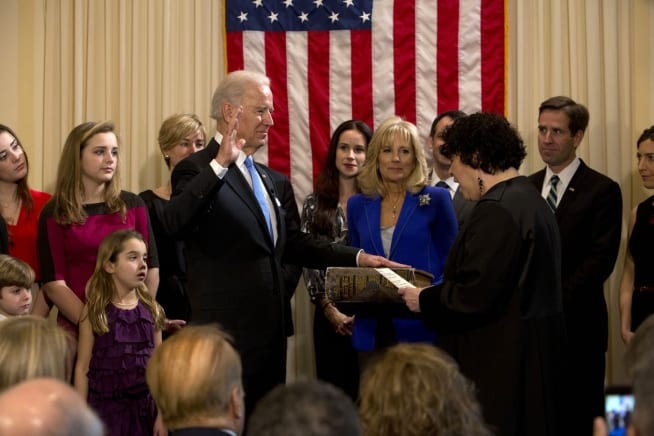 Judah Friedman, my genius pal, and I are driving back from Rancho Mirage to Beverly Hills. We’re digesting a fine meal of fettucine and maple sugar ravioli. I know it sounds strange, but when you add baby back ribs, it turns out perfect. On Sirius XM, we’re listening to Fox News. For some reason we keep getting a series of Democrat politicians who have one big point to make, and here’s what it is: the GOP is making a huge megillah over Hunter Biden’s having been hired to be a director of a Ukrainian energy company name Burisma. But, say the Democrats, what’s wrong with that? Hunter Biden was a private citizen. Burisma is a private company. What’s wrong here?

Judah nailed it. “The point here is, ‘What’s right with it?’ ” Why is it right that a private citizen should get a high six-figure salary for a job for which his only qualification is that his father is the vice president? What could that possibly be but bribery? What’s right about Hunter Biden trading on his father’s huge name to get paid a fortune by a country dependent on the USA? What could possibly be ethical about that?

Meanwhile, just last night I saw a Democrat propagandist shouting that it’s an outrage that it took Trump 55 days after some event to send lethal aid to Ukraine to defend it from Putin. And, at that, the aid was only sent after a fuss was being raised about Trump supposedly asking for dirt about Biden’s handiwork in Ukraine in return for the aid. And that’s a good point.

But the real point is that Trump actually did send lethal aid to Ukraine after it had been invaded by Russia. Mr. Obama sent blankets and towels. The Ukrainians had been asking for guns. Trump had the gumption to give the Ukrainians just what they wanted and needed even if it made the Russians angry. And this despite Mr. Trump’s well-known dislike of the Ukrainian government because of its well-known unusual way of dealing with self-dealing issues. (I myself love the Ukrainians.) So who’s got the guts and who’s playing the sanctimony game? The U.S. has a long and unfortunate history of not sharing our war equipment with countries that really need it. Mr. Nixon changed that, and now Mr. Trump is changing it again. We’re not going to be pushed around, says Mr. Trump, and these words are what’s right with America right now.