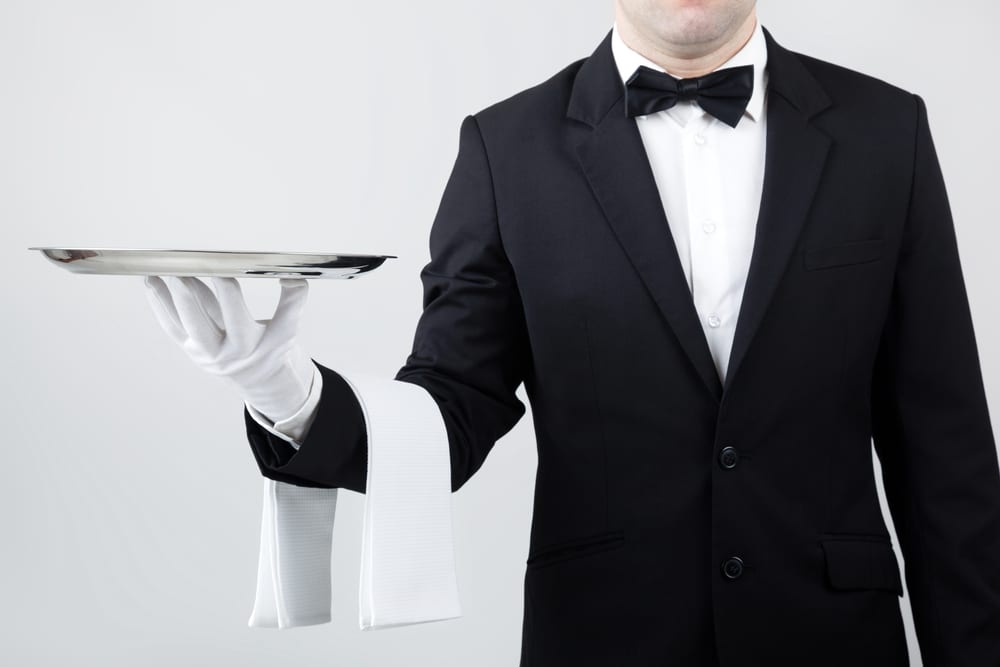 There’s nothing like changing diapers to bring even the most high-powered executives down to Earth. Sure, they might spend their days negotiating multi-million-dollar deals, but when they’re wiping baby’s stinking bottom, they’re on the same level as the rest of us.

But even if it’s not through bottom-wiping, it’s usually a good thing to be taken down a rung or two. We can all get carried away with ourselves. Well, I certainly can (and I’ve never negotiated a multi-million-dollar deal in my life). Before COVID-19, weeks would go by when I frequented nothing but taxis, hotels, airports, planes, and well-appointed training rooms. My every whim would be catered for, and wherever I went I’d be addressed as “sir,” or, in Bahrain, the endearing “Mr. Robert.”

After a while, with that kind of treatment 24/7, you begin to believe you’re entitled to it. In my case, I developed a sort of jauntily presumptuous manner with hotel staff and drivers, not realizing how smug it made me appear. I’d simply convinced myself I was an exemplar of the modern, classless society, in which everyone is treated the same, from captains of industry to street sweepers.

Your Uber driver or pizza delivery guy today might have been your lawyer or real estate agent yesterday. Far better to get used to this idea now, rather than have to swallow it in one gulp when the worst happens.

Then, just when my head was starting to swell to a rather disgusting extent, and thinking it might be fun, I accepted an invitation to be the Toastmaster at my local law society annual dinner. Well, that was a reality check, I can tell you. Being Toastmaster meant I was just another a paid hand, like the waiters. But whereas the waiters served the food, with considerable efficiency and decorum, I merely banged a gavel and announced the next speaker.

But what really hit me was right at the start of the evening, when the guests began to arrive. The organizers asked me to stand at the entrance — dressed, of course, in an outrageously loud tomato-red Toastmaster’s jacket. All of a sudden, I looked exactly like a porter at the Ritz. And then, to make doubly sure I knew my lowly rank, these high-powered lawyers treated me with that very same jaunty presumption. One looked straight through me as he swept past, airily announcing “Evening” into thin air. “Nice coat,” remarked a smart young woman about half my age, whose dress said she was already earning well into six figures. Another woman, not quite so young, looked me up and down, head to toe, and smarmed suggestively, “Oooh, check you out!”

This mixture of the aloof and the overly familiar was something I just wasn’t used to — but, doubtless, hotel staff have to face it every day. “Don’t you realize who I am?!,” I wanted to retort. “I’ve got a British Airways gold card, I’ll have you know!” But then I thought: isn’t that the way I come across too, when the shoe’s on the other foot? Good God, I think it might be.

Alarmingly, after a few more guests had arrived, something very odd started happening. I found myself addressing them as “sir” and “madam.” I just couldn’t help it. Worse, I was adopting a slight, but unmistakeable, deferential cockney lilt, which is simply absurd — I’m not even from London. “ ’Ave a good evenin’, madam,” and “May I ’elp sir with ’is coat?” issued from my lips as though I’d been taught elocution by Michael Caine. Clearly, I was getting into character. If I’d stood there much longer, I’m pretty sure I’d have started genuflecting.

Later, when I got home, I reflected on it all. Yes, my ego had been bruised (not before time), and I’d responded, rather worryingly, by coming over all East End and Have a Banana. But I had enough self-awareness, just about, to see it as a positive. After all, the last time people looked down their noses at me was in the late ’80s when I paid my way through college by working in a shoe shop, and even, disastrously, for one night, at a McDonald’s. Three decades of deference is quite enough for anyone.

In any case, didn’t this public humbling do me a favor, given the global situation? COVID-19 is causing a massive economic shock, which, above all else, means millions of job losses — in the U.S., UK, and just about everywhere. Many of us will find ourselves scrabbling around for work that we might consider, in all honesty, a bit beneath us. Your Uber driver or pizza delivery guy today might have been your lawyer or real estate agent yesterday. Far better to get used to this idea now, rather than have to swallow it in one gulp when the worst happens.

So, the next time you get on a bus, or into a taxi, or are served food by someone, how about putting yourself in their position? Imagine what it must feel like to do their job. Ever since my Toastmaster episode, I’ve tried to do that very thing, while eradicating the jauntily presumptuous, and inserting, in its place, the straight and serious. I’m getting there, I think.

Perhaps, then, a COVID-19 economic meltdown might have a silver lining, and nudge us towards a better, more respectful society. Even a genuinely classless one.

In the meantime, those with heads too big for their shoulders, like me, might practice a little humility. After all, a dirty diaper stinks, whoever you are.