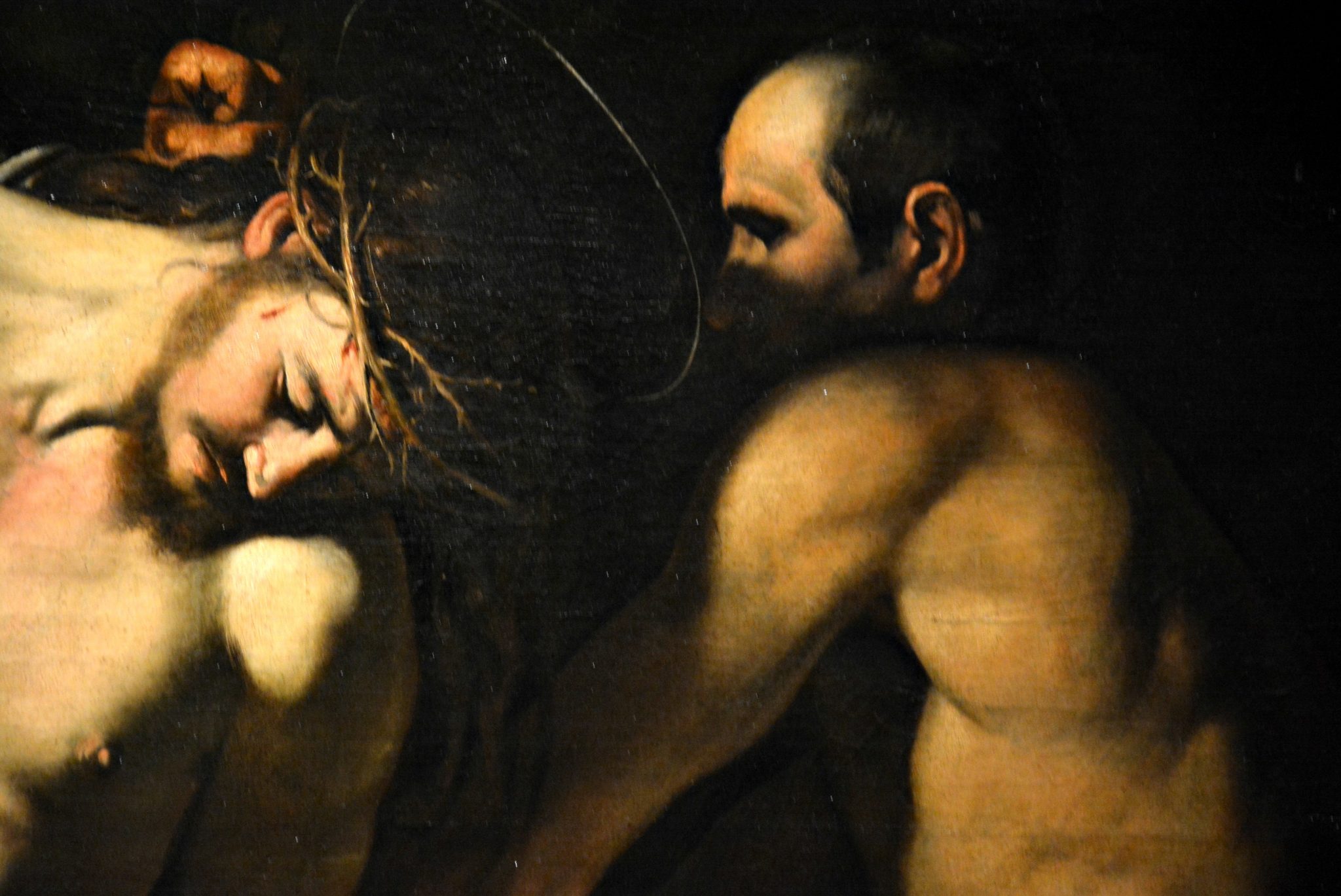 We interrupt all otherwise necessary talk of political revenge for and repeal of Obamasnare medicine because of an even more traumatic event that happened 1,980 years ago, give or take a year or three. A man back then who was suffering and suffocating recalled a single line from a sacred poem of his religious tradition, known as Psalm 31, verse 5. “Into thine hand I commit my spirit: thou hast redeemed me, o Lord God of truth.”

Before he breathed his last, he echoed that line. “Father, into your hands, I commend my spirit.”

Two millennia later, we are still taught to call that Friday “Good.”

The moniker “Good Friday” is, of course, deliberately counterintuitive. Into an occasion of suffering and death, the moniker inserts the insistence that the suffering had significance — a deep significance that became apparent only two days later, a significance that imbued the suffering itself with the meaning and blessing of what came afterwards. Nobody, and certainly no church, would celebrate the death without the unshakeable belief in the unspoken rest of the sentence left unuttered on the cross. The commitment of spirit was admirable, certainly, but what believers intuitively grasp is that it is the hope of what the Psalm says comes next — “thou hast redeemed me” — which is the lifeblood of their faith.

All of which is fine in retrospect, because we are soon told what happened next. We know, or at least know by faith, that the body taken down from the cross and laid in the tomb was gone from the tomb after the Sabbath had been observed. We know by faith that those who searched for but could not find the body were told to be not afraid. We know by faith that what had been lost was now found, what had been dead was now alive, what had been in agony was now redeemed and was now offering that redemption, or hope thereof, to others. Resurrection, renaissance, renewal, redemption. Very “good” indeed.

But we must remember that on that Friday afternoon at 3 p.m., none of that was known. What was known was that the man some called “Teacher” was dead. The soldier who pierced his side knew he was dead. Pontius Pilate knew he was dead. Joseph of Arimathea knew he was dead, and so did Nicodemus, and so did Mary Magdalene and the other Mary, the mother of James and Joses. The man had been betrayed, abandoned, mocked, flogged, spat upon, nailed to heavy wood, and hoisted up high enough that the weight of his own body would suffocate him to death. And he was dead. And some had even heard him say his God had forsaken him. In that moment, and for the next 40 hours, there was neither resurrection nor redemption, but only pain and loss.

And really, why should it have been any different? His suffering had been horrendous, but it was not unprecedented. Two common criminals suffered and died on crosses beside him. The Romans crucified lots of other people. From time immemorial, men have suffered at the hands of other men, or at the hands of unforgiving Nature. Thousands upon millions upon tens and hundreds of millions of people through the millennia have suffered far longer than Jesus of Nazareth suffered physically from late that Thursday night until the middle of Friday afternoon. People with cancer suffer excruciating pain for months on end. People with chronic diseases suffer for years. Despots and criminal mobs and drug cartels and individual murderous sadists torture people to death all the time in ways probably more excruciating, and longer-lasting, than anything Jesus endured from a purely physical standpoint.

For we who see such suffering, whose loved ones suffer, where or how are we supposed to find solace? We are in the position that Mary Magadelene was on that Friday afternoon, the position of grief and loss, of helplessness and despair. The dream is ended; long dies the dream.

There is nothing good about that.

Meanwhile, what we are offered as solace is a mere promise. This thing called heaven, this placed called paradise, this pledge of redemption, this assurance of grace and promise of joy, is to the objective and unfaithful eye and ear a mere weak fairy tale, a flat and tasteless repast, a mess of pottage. We do not hear directly from those who have gone before; we may believe but do not know that they experience eternal joy, for we have no empirical evidence to rely on. Empirically, as we see death and suffering that makes us at least temporarily insensate to all this Earth’s beauty, all that we have is “the stink of the didee to the stench of the shroud.” Except that our shrouds will not have the power of Almighty God to impress our images upon it for later generations to marvel at.

And there surely wasn’t much on Good Friday afternoon to reassure Joseph of Arimathea, either.

And yet…. and yet. Yet, unlike that Joseph or either Mary, unlike the centurion and unlike Peter, we have one thing onto which we can hold, one thing that is no fairy tale but is indisputable, historical fact. What we have is the evidence of 1,980 years. We have the fact that something happened of such weight and power, something so convincing and life-altering, that 11 male disciples and several women were able, by their witness alone, to convince first dozens and then hundreds and then the vast majority of Western civilization (and eventually large swaths of Oriental and African civilization as well) that what they had seen and experienced was very real, very potent, and profoundly redemptive. Jesus of Nazareth commanded no armies and conquered no territory. Jesus’ followers had no political power, no physical might, no means of mass communication, and no particularly obvious claim to credibility. Yet they, those rejoicing but burdened few, who saw the empty tomb and the risen Christ, somehow became imbued with such charisma and spirit, such aura and such powers of persuasion, that they convinced those who heard them that their odd tale of a risen Christ was believable. Their handiwork, the handiwork of poor fishermen and laborers who became preachers and healers, is an incontrovertible fact of history. Their ministry happened. With the help of one Saul of Tarsus, who originally tried to wipe them out, their ministry grew. It grew, and it raised an entire civilization from the ashes.

The unspoken, devoutly believed and anticipated, second part of Christ’s commitment of spirit from the cross is that we can be redeemed by our Lord, God of truth, and that our weak and suffering beings can be raised from our own ashes. It is through that faith that our suffering may have significance. And sometimes a fairy tale of sorts can express the meaning of that significance better than we otherwise could. At the end of The Last Battle of C.S. Lewis’ Narnia, the faithful band is told that “all of you are — as you used to call it in the Shadow-Lands — dead. The term is over: the holidays have begun. The dream is ended: this is the morning.”

It is a morning, this special Friday, which glimmers with Good.