Special Report,Top Story Ezekiel Emanuel,Politics What Comes After Transgender? - The American Spectator | USA News and Politics
Menu
Special Report
What Comes After Transgender?
Make room for the “transabled” and hospitals and doctors forced to perform operations that conflict with their ethical and religious principles.
by Wesley J. Smith
Sam Wordley/Shutterstock.com 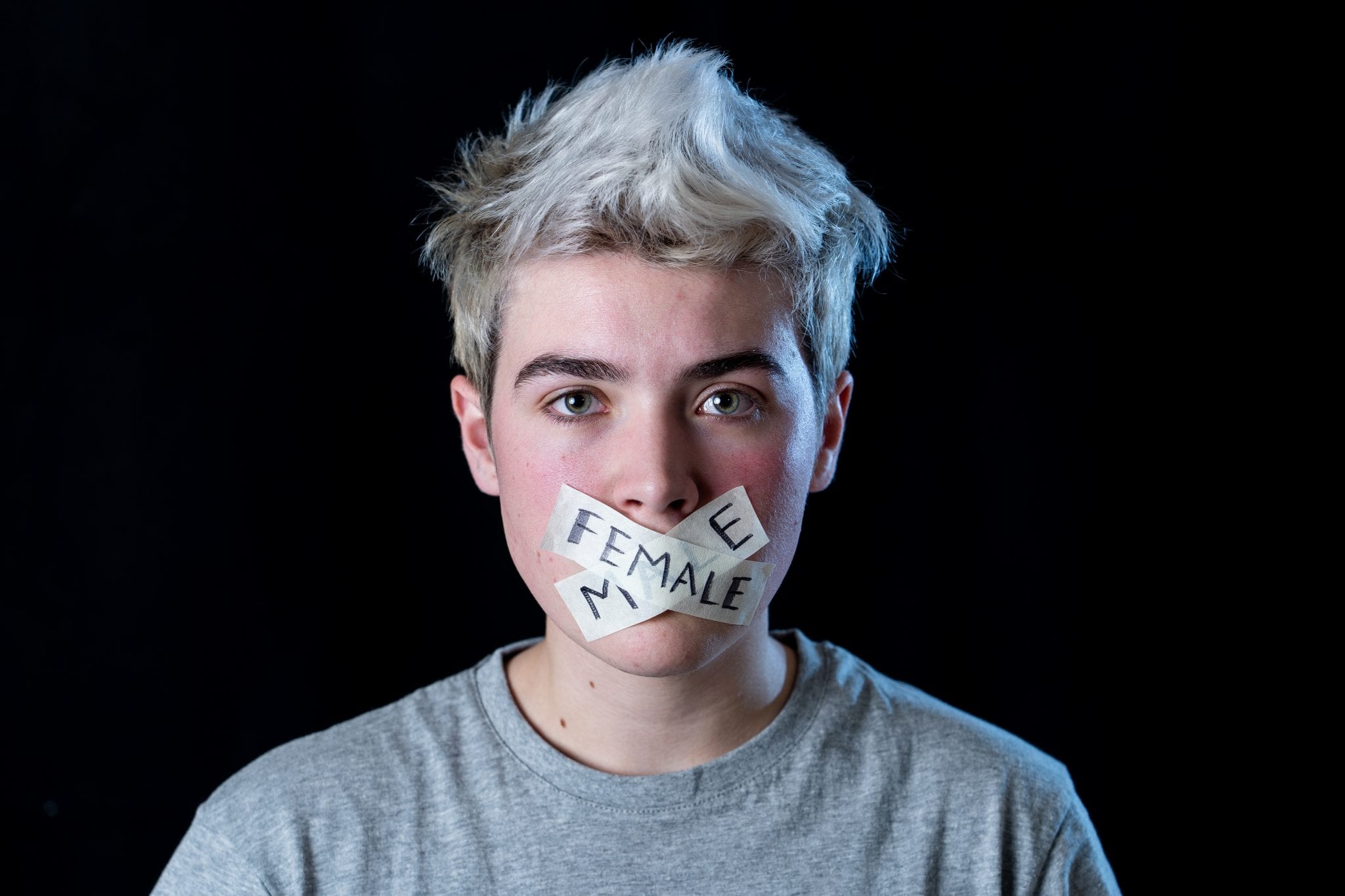 A California Court of Appeals ruled recently that a Catholic hospital could be sued for refusing to allow a transgendered man — meaning a biological woman — to receive a hysterectomy as part of the transition process from female to legally recognized male. The hospital, Dignity Health of Sacramento, adheres to the principles of Catholic medicine, which holds that removing a healthy organ in a situation in which there is no biological pathology — which would also sterilize the patient — violates Church dogma. Tough toenails, the court ruled. The hospital discriminated based on sexual identity, and thus, the allegedly wronged patient has the right to seek redress.

The implications of the case for freedom of religion are obvious — and worthy of concerted and directed activism and advocacy. But for this discussion, I want to focus on another question that needs to be urgently pondered: Are we any longer capable as a culture of establishing any permanent limits on our accommodation of radical individualistic desires? Or to put it another way, are there any requested medical interventions so extreme, the subjective internal mental states of people so disturbed, the desired outcomes so objectively harmful, the shattering of traditional ethical norms so radical, that we will finally, like Gandalf standing against the Balrog demon in Lord of the Rings, declare boldly, “You shall not pass!”?

I am beginning to seriously doubt it. Let’s look at the ethical principles Dignity Health applied when refusing the transgender hysterectomy. They weren’t aimed at sexual identity or targeting orientation. Indeed, they are not invidious at all. Rather, they are universal moral standards the hospital applies regardless of the patient’s individual circumstances:

Again, these directives are wholly neutral and meant to apply in any fact situation. Thus, assume a young woman urgently wanted her uterus and ovaries removed because she identified as post-menopausal and sincerely wanted to experience life without having periods or the ability to have children. Under both directives, the surgery would not be allowed because there was no biological pathology, it would interfere with the hospital’s duty under Directive 29 to “preserve the bodily and functional integrity” of the patient — no matter what she might subjectively desire — and it would directly sterilize the patient, which goes against Directive 53.

In such a case, would the court compel the hospital to remove the healthy organ? Maybe not, but that wouldn’t make sense logically. Other than the differing ideological social justice implications of the circumstance I depicted from the current transgender paradigm, what is the principled difference between the actual case faced by Dignity Health and my post-menopausal hypothetical? I don’t see any.

Oh, Wesley! Transgenderism is a real phenomenon in which actual people suffer existential anguish because they were “assigned” the wrong gender at birth. The idea of anyone identifying as a person with a disabling condition — and demanding mutilating medical interventions to fulfill that desire — is just ridiculous.

I wish it were. There is a terrible mental illness known as “body identity integrity disorder” (BIID), in which afflicted able-bodied persons obsess that their true selves are disabled. These tormented people believe themselves to be imposters for having normally functioning bodies and yearn desperately to be made disabled with the condition that they believe their “true selves” to possess. This desire can express as an obsession to have an arm amputated or to be blinded. Some even yearn to have their spinal cords severed so they can be paralyzed and use a wheelchair. So, I ask again, what is the essential difference between a biological male existentially identifying as a female demanding body-modifying surgery and an ambulatory person who perceives her true self to be an amputee also wanting an operation to attain the desired physical state?

Not surprisingly, BIID sufferers don’t see any and are demanding their right to receive body-altering surgeries. There is even a “BIID community,” complete with websites and advocacy memes. Indeed, understanding the raw political power of lexicon, many now call themselves “transable,” an obvious means of equating their own subjective obsessions as the metaphorical caboose coupled behind the racing transgender cultural train. As with transgenderism, policy advocates now assert that BIID is not a mental illness but the consequence of an organic brain condition.

Adding to the ideological advocacy for a right to personal recreationism (a term coined by the medical ethicist Leon Kass), some desperate people with BIID have cut off their own limbs or otherwise mutilated themselves in the desperate desire to fulfill what they perceive to be their true existence. (Most don’t, of course.) Not only that, but a few medical professionals have performed amputations of healthy limbs and otherwise disabled their BIID patients. For example, a psychologist applied a caustic substance to a woman deeply yearning to be blind. The now sightless woman is, we are told in a chirpy media report, now very happy with her sightlessness.

Will we ever take the next step and ethically and legally authorize respectable doctors to do to BIID patients what the “rogue” psychologist did to his based on their subjective mental states? Again, why not? Indeed, there is growing advocacy in medical and bioethics journals for permitting elective amputations of healthy limbs or taking other actions in the medical context to disable the “transabled” person as a “treatment.” Besides, refusing to take that step runs contrary to the radically individualistic spirit of the age.

If (once) we do permit willing medical professionals to disable their BIID patients, will it eventually become legally mandatory — as happened in the Dignity Health transgender case in California (assuming the case holds)? It is hard to see how it couldn’t. According to prevailing mainstream bioethics and medical establishment dogma, doctors are ethically obligated to provide any legal procedure a patient wants that will obtain the benefit desired — and as defined — by the patient. This includes acts that take innocent human life. In Canada, for example, an Ontario court has ruled that all doctors are ethically obligated to perform abortions, euthanasia killings, and transgender interventions for all legally qualified patients who request them — or provide an “effective referral,” meaning the refusing doctor must procure another doctor he or she knows to be willing to do the deed. Refuse, and doctors could face professional discipline. This even applies against doctors with a religious objection to these practices, despite the Canadian Charter’s explicit protection of “freedom of conscience and religion.”

Meanwhile, some of the most influential bioethicists have argued in the most prestigious medical and bioethics journals that doctors are ethically obliged to provide all interventions requested by patients — if the medical profession has accepted them as medically appropriate and ethical. Thus, an article in the prestigious Journal of Medical Ethics, published by the British Medical Journal, argued that children have a “right to transition” and that doctors should block the puberty of children diagnosed with gender dysphoria even when the parents say no. Along the same lines, Ezekiel Emanuel — a prime architect of the Affordable Care Act — wrote in the New England Journal of Medicine that doctors are duty-bound to provide whatever legal intervention requested by a patient so long as it is accepted as proper by the medical establishment:

Making the patient paramount means offering and providing accepted medical interventions in accordance with patients’ reasoned decisions. Thus, a health care professional cannot deny patients access to medications for mental health conditions, sexual dysfunction, or contraception on the basis of their conscience, since these drugs are professionally accepted as appropriate medical interventions.

And if doctors believe the intervention is biologically harmful or contrary to their own religious beliefs or moral codes? Ezekiel would kick them out of medicine:

Health care professionals who are unwilling to accept these limits have two choices: select an area of medicine, such as radiology, that will not put them in situations that conflict with their personal morality or, if there is no such area, leave the profession (emphasis added).

We have to face the fact that medical disciplines are being deprofessionalized and that doctors, nurses, pharmacists, and others are being reconceived and redefined as highly trained expert functionaries in the service of a radically individualistic secularist ideology. If “medical conscience” is destroyed as advocated by Emanuel and others — and increasingly imposed by courts — I see little prospect that doctors and hospitals won’t be required legally to participate in a mutilating procedure or risk litigation and could even lose their professional licensure.

Unless this cultural moral bleeding is staunched, I give it maybe 10 years before disabling surgery is routinely permitted in Western hospitals, and 15 before hospitals and doctors lose the right to say no.

Award-winning author Wesley J. Smith is a senior fellow at the Discovery Institute’s Center on Human Exceptionalism. His latest book is Culture of Death: The Age of “Do Harm” Medicine.