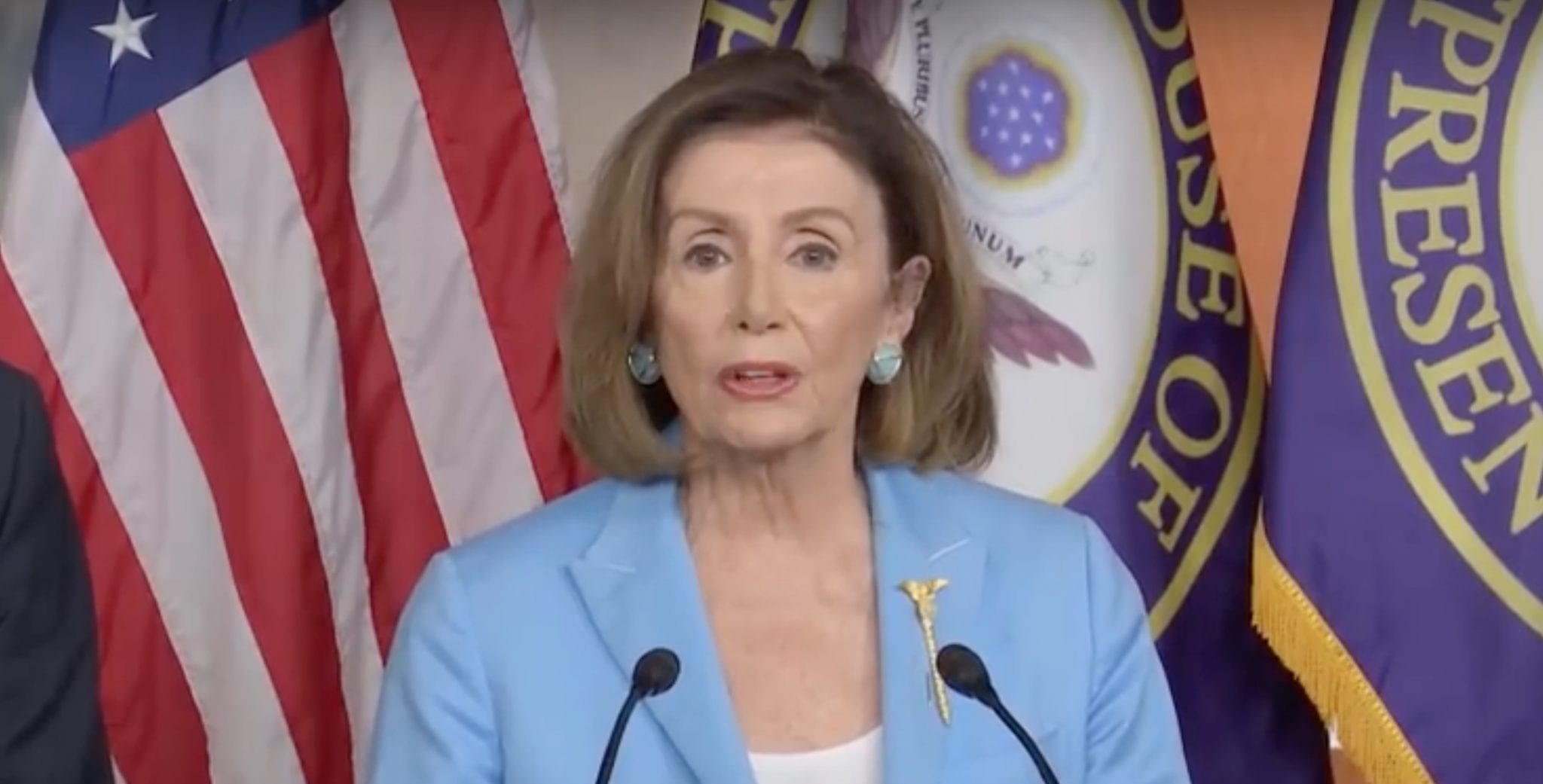 The term “constitutional crisis” has been tossed around so often since President Trump took office that it now has little meaning in our public discourse. But regardless of what we call the current impasse between the executive branch and the House of Representatives pursuant to the “impeachment inquiry” launched by the latter, our government now faces a genuine crisis whose magnitude the nation hasn’t seen for more than 150 years. Americans have long celebrated the orderly transfer of power that is unique to our form of government. The Democrats, however, have abandoned that tradition by refusing to accept the outcome of the 2016 election.

Having pursued a policy of transparency and shown extraordinary forbearance with the antics of House Democrats only to be declared “illegitimate” for his trouble, President Trump has had enough. Tuesday, Counsel to the President Pat Cipollone put House Speaker Nancy Pelosi on notice that Trump would no longer allow their machinations to distract him from his normal duties. Pointing out that the ersatz impeachment inquiry concocted by Pelosi and her accomplices was constitutionally invalid, in brazen violation of basic due process, and contrary to the separation of powers doctrine, Cipollone wrote that the president would ignore it henceforth:

[T]he President cannot allow your constitutionally illegitimate proceedings to distract him and those in the Executive Branch from their work on behalf of the American people. The President has a country to lead. The American people elected him to do this job, and he remains focused on fulfilling his promises.… We hope that, in light of the many deficiencies we have identified in your proceedings, you will abandon the current invalid efforts to pursue an impeachment inquiry and join the President in focusing on the many important goals that matter to the American people.

Speaker Pelosi responded to the president’s refusal to cooperate further with the farce by releasing a bizarre statement declaring that the letter itself is somehow unlawful and that the refusal to respond to illegitimate requests from a coequal branch of government constitutes obstruction:

This letter is manifestly wrong, and is simply another unlawful attempt to hide the facts of the Trump Administration’s brazen efforts to pressure foreign powers to intervene in the 2020 elections. Despite the White House’s stonewalling, we see a growing body of evidence that shows that President Trump abused his office.… The White House should be warned that continued efforts to hide the truth of the President’s abuse of power from the American people will be regarded as further evidence of obstruction. Mr. President, you are not above the law. You will be held accountable.

Never mind that President Trump has been investigated relentlessly by the Democrats and their surrogates since he was elected, and no credible evidence has been found that he has abused his office. Yet Madam Speaker gratuitously insists that he has committed all manner of offenses, and she has arbitrarily launched an “impeachment inquiry” without authorization by the full House — the first time this has been done in the history of the republic. The House has initiated impeachment inquiries against three presidents: Andrew Johnson, Richard Nixon, and Bill Clinton. All were authorized by a vote of the full House. As the White House letter points out:

Your inquiry is constitutionally invalid and a violation of due process. In the history of our Nation, the House of Representatives has never attempted to launch an impeachment inquiry against the President without a majority of the House taking political accountability for that decision by voting to authorize such a dramatic constitutional step. Here, House leadership claims to have initiated the gravest inter-branch conflict contemplated under our Constitution by means of nothing more than a press conference at which the Speaker of the House simply announced an “official impeachment inquiry.”

This is by no means the only defect in the Democratic inquiry process noted in the White House letter. In addition to their refusal to hold the House vote that would legitimately authorize an impeachment inquiry, the Democrats have denied the president basic due process rights such as the ability to confront the witnesses testifying against him, the right to call his own witnesses, and to have the assistance of counsel. They are also deposing witnesses in secret. In essence they are denying the president fundamental rights guaranteed all Americans by the Constitution. The White House letter describes this egregious behavior thus:

Despite Speaker Pelosi’s commitment to “treat the President with fairness,” the Committees have not established any procedures affording the President even the most basic protections demanded by due process under the Constitution.… These due process rights are not a matter of discretion for the Committees to dispense with at will. To the contrary, they are constitutional requirements. The Supreme Court has recognized that due process protections apply to all congressional investigations. Indeed, it has been recognized that the Due Process Clause applies to impeachment proceedings.

Democrats frequently speak of “rights,” yet they are unwilling to recognize those of Donald Trump — as if the president of the United States is not entitled to the protections guaranteed every American by the Constitution. Nor are they willing to live up to their own rhetoric on impeachment. Jerrold Nadler, the Democratic Chairman of the House Judiciary Committee, once stood up in the House and stated, “There must never be a narrowly voted impeachment or an impeachment supported by one of our major political parties and opposed by the other.” Neither Nadler nor his fellow Democrats seem to remember that high-minded principle.

These Democrats are so determined to bring President Trump down they refuse to acquiesce in the orderly transfer of power that the vast majority 0f Americans expected after the 2016 election. Thus, we have a congressional impeachment inquiry declared illegitimate by a presidential administration that has already been deemed illegitimate by the very Democrats who are carrying out the investigation without following their own House rules or the Constitution. To yours truly, that looks a lot like a genuine constitutional crisis.