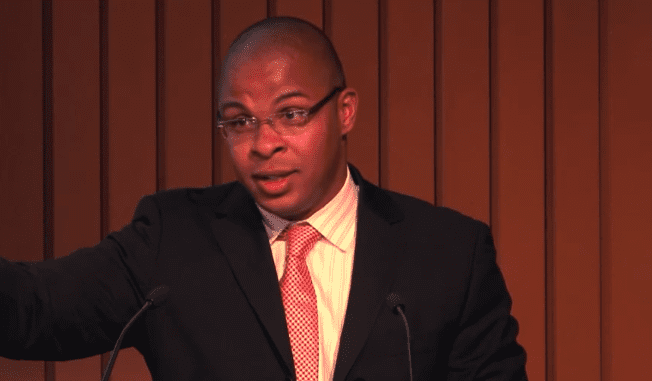 Dr. Roland Fryer, an award-winning economist, was one of the most promising members in the economics department at Harvard. His career was recently derailed, however, when a female administrative assistant accused him of inappropriate behavior. As a consequence, he was suspended from Harvard on July 10, 2019. His research has stopped and his lab shut down. He is not allowed to teach at Harvard for two years — and if he chooses to come back, he won’t be able to be alone with students. Effectively, his career is over.

Despite the prevailing narrative, Fryer’s case is not a typical MeToo takedown. Several students and academics close to Fryer hold to the view that the administration at Harvard wanted Fryer removed and the Title IX complaint was merely a pretext. In fact, a close look at the details of the case suggests that Fryer is arguably innocent, or at least not guilty of anything near what was alleged. Fryer did send several questionable text messages to a female administrative assistant 11 years ago. And he admittedly liked to tell jokes that could be taken as offensive or off-color, though he apologized for them. But the vast majority of the complaints against Fryer were completely dropped.

And it may well be Harvard that comes out looking like the guilty party. The subtext of this case makes Harvard administrators likely culpable on at least two counts. First, they ignored due process when investigating the accusations against Fryer, according to Harvard law professor Roland Sullivan, who asserted that Dr. Fryer was afforded no “semblance of due process or the presumption of innocence.” Second, and more to the point, Harvard administrators arguably are guilty of silencing an African-American professor because they found his research inconvenient and controversial.

The Education Innovation Laboratory (or EdLabs), which Fryer founded and managed, was regularly embroiled in controversy. Dr. Fryer famously gravitated toward culturally sensitive topics, and his research didn’t always come to the result that progressive academia wanted to hear. For example, when he researched police violence against black men, he found no racial differences in officers’ use of lethal force. This finding sparked almost universal pushback from left-leaning publications, with in-depth critiques from Vox, Slate, and the Huffington Post. Fryer’s research also found that students perform better at school when they are paid — or bribed. This research cut against previous work on incentives and also ruffled feathers on “philosophical or moral grounds.”

To be clear, Harvard didn’t simply put Dr. Fryer’s career on hold. They shut down his entire lab — a renowned, well-funded economics lab with over 40 research projects ongoing at the time of its closure. It’s possible they did this as a part of the natural cleansing process, to wipe the slate clean after a relatively high-profile MeToo incident. But that possibility becomes less and less likely once known biases come into the picture — biases not just against Dr. Fryer himself, but more specifically against the research he was conducting in his lab.

It’s true that certain administrators had it out for Fryer on a personal level. According to economist Glenn Loury, who served as a mentor to Fryer and was himself a Harvard professor, Fryer could not play the part of a sycophant. He was openly antagonistic toward Harvard higher-ups whom he viewed as subpar academics, and more than a few of his superiors fit this description. This naturally soured him to administrators who may have been envious of his fame (and his salary — Fryer was in fact the “highest-compensated professor in the Faculty of Arts and Sciences,” according to the Harvard Crimson).

These same administrators, according to Loury, were also skeptical and antagonistic to Fryer’s research. It made little difference that Fryer was a rigorous researcher (as well as an African American in a notoriously white field of study). To the extent that his research did not conform to the accepted wisdom, the conclusions his research drew had to be wrong. And that, apparently, was enough to prompt certain administrators to call for the closure of Fryer’s lab when an opportunity to do so arose.

I spoke with two members of Fryer’s lab, and they both confirmed the view that EdLabs did not need to be shut down entirely. This view, they said, was also shared by other members of the lab. Loury, who has decades of academic experience, also agreed on this point. Even if Fryer should have been removed from his lab due to his actions, nonetheless the closure of his lab was extreme and almost certainly unwarranted, he said.

Right now, many of Fryer’s students are scrambling to figure out what to do with their research projects. They spent years conducting research in affiliation with EdLabs. Now what’s to be done with their projects? Tanaya Devi, who worked in Fryer’s lab for nearly six years, said, “Since the lab shut down, my own research is currently in limbo.” Only a few months ago, she told me, almost nothing was more valuable to a young economics graduate than a recommendation letter from Roland Fryer. Now those prized recommendations are virtually worthless. Devi went on to say that she has lost quite a lot of faith in academia and is now rethinking her career path thanks to the way Harvard handled the accusations against Dr. Fryer.

While the students and research assistants struggle to make sense of this situation, there’s also the question of Dr. Fryer’s extensive research. Until not too long ago, Fryer was widely regarded as a top economics researcher at Harvard, not to mention the youngest African American to receive tenure at Harvard. He was a recipient of the MacArthur “Genius Grant” and a recipient of the John Bates Clark Medal, an award in economics second only to the Nobel Prize.

Suddenly, not only was his lab shut down but there is also the question of whether or not his research will ever be cited again. Recently, Glenn Loury was at a conference at Harvard. Loury told me over Skype,

There were about six panels where researchers came on and they talked about everything under the sun relevant to the study of poverty and race. Roland’s ghost haunted the room. There were a number of occasions where his studies were relevant to the things that were being discussed, but his name was not mentioned. His name did not get mentioned in the course of the entire conference. They talked about police violence and they didn’t cite his study or reckon with it.… The irony of it was exquisite; it was almost unbearable. They were celebrating black studies at Harvard … and they blacklisted this guy. It was like he didn’t exist and his research didn’t exit. That’s more than MeToo.

This may or may not be the result that the woman who filed the Title IX complaint wanted, but it appears to be exactly what Harvard wanted. Until actual due process is afforded Dr. Fryer by the university, or until a satisfying reason is given for the closure of his lab, I see no reason to believe otherwise.