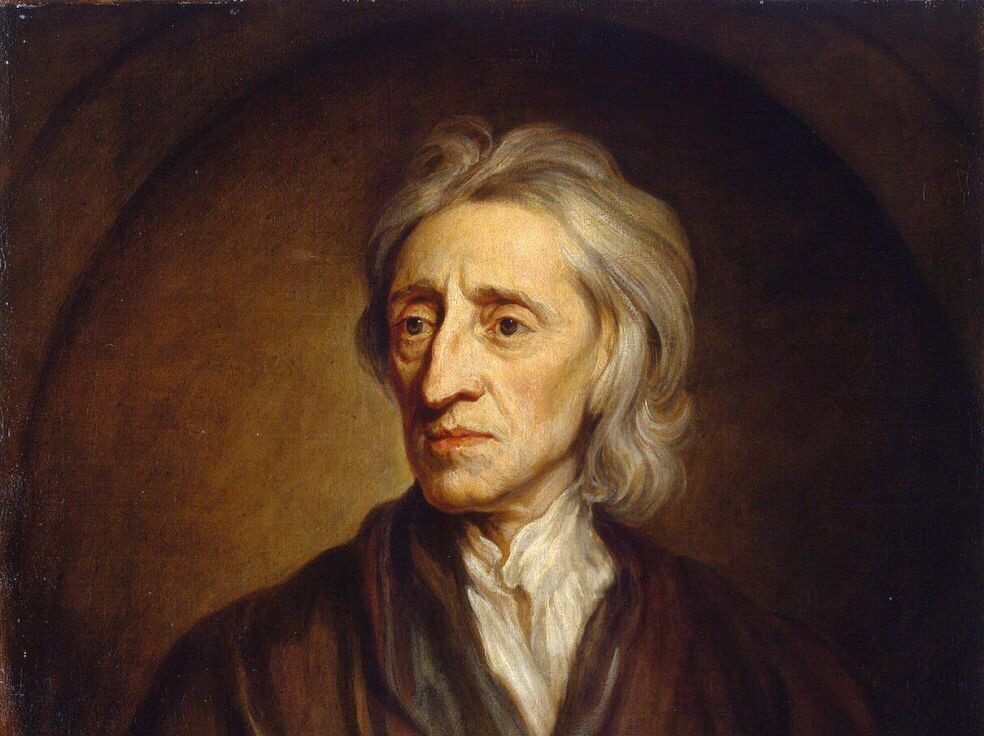 After four decades of apparently losing the argument that the 17th-century English philosopher John Locke was religious and not a hedonistic utilitarian, I apparently recently proved my case here in The American Spectator so well that Locke is now being attacked as too theological!

The paradoxical challenge has come from a wise conservative intellectual who will remain incognito to enable him to criticize frankly. His private critique to me actually charges that in fact “Locke is the fatal turning point where liberalism becomes a religion.” Locke “poisoned politics and religion alike” by eroding “actual religious belief,” which must be deeply held. Today, “politics in a Lockean spirit takes on such a moralistic, abstract, and impractical character” that it must be considered “theology and not politics at all.”

The critic’s case against Locke

The problem Locke faced was that strict, non-latitudinarian Christianity led to persecutions and division. But an insufficiently religious politics, like Hobbes’s, was too cold to win wide acceptance and put too few restraints on what the state could do. The solution Locke came up with was a religion that could not lead to persecution, a religion that would ennoble politics and restrain power. A vague deity provides every individual with sacred rights, which persist even once men enter into the social contract.

Locke’s famous 1689 Letter Concerning Toleration certainly did argue that Christianity should be tolerant of differences. But, the critic argues, Locke’s more famous Second Treatise on Civil Government makes rights “eternal” and thus independent of government, and “whenever society does not live up to the requirements of the sacred rights,” government becomes “illegitimate and can be overthrown” based on belief alone. He argues that “the problem here is that this is theology, not politics, since rights are never perfectly observed” or agreed upon beforehand, making almost all governments everywhere illegitimate. The critic continues:

The French Revolutionaries read that and saw a justification of their revolt. American neoconservatives read that and see it as a justification for war all around the globe, in order to destroy existing nations and remake them along Lockean lines. Since the rights Locke describes are universal, they cannot stop at our water’s edge. Within our own country, there is no end to the way that sacred rights can be interpreted by lawyer-theologians and read into our founding documents: a right to an abortion, a right to any type of marriage, now a right to resist arrest if you’re a minority. Everything is about rights, and no traditional moral or practical concern of society can prevail against rights.

He concedes: “Locke isn’t directly to blame for all of the bizarre new rights that later liberals have discovered. But the basic system that Locke built, in which rights trump everything else, is the system that liberals and neocons exploit today.” Locke is “dangerous because fusionist conservatives lose touch with the tradeoffs and necessary imperfections of real-world politics when they adopt Lockean rules as their framework for thinking about society and government.” The critic fears that this “is why no Lockean takes seriously the radicalism of the cultural evils of our time and why no Lockean can even understand the nature of the economic and strategic conflicts that face us in the 21st century.”

The critic is here contesting Locke’s influence on the modern conservatism of Ronald Reagan, William F. Buckley Jr., Frank Meyer, and company, often referred to as “fusionist conservatism,” since it tries to synthesize Lockean freedom with traditional Judeo-Christian morality, an attempt the critic considers perhaps somewhat successful under Reagan but now hopelessly other-worldly.

Today’s fusionism is a “hybrid of religion and politics” that “tends to make politics religious, without making it Christianity,” and, in the long run, “this vague political religion does not fulfill any human spiritual needs.” Indeed, this “mild Lockean liberalism” and religious latitudinarianism “tends to give way to extreme attempts at finding a new, more intense religion — wokism, romanticism, or totalitarianism.”

Let us take the criticisms in order, beginning with Locke being too latitudinarian on religion, even only “vaguely Christian.” We might begin by asking: Latitudinarian compared to what? The critic somewhat concedes, “even if Locke was a Christian, that doesn’t mean he was Christian enough.” He also makes a distinction between “vague” and “strict” Christians. Certainly, this question of what is “enough” has been with Christianity from the very beginning.

Many governments today certainly have taken a rights-is-all bent, but is there no statute of limitations for Locke?

Let us concede that Locke was not a strict Puritan, or Eastern Orthodox, or Roman Catholic. He was criticized by both orthodox and nonconformist Christians in his day, as numerous letters demonstrate. Joseph Loconte called him a “Christian humanist in the tradition of Desiderius Erasmus.” But Erasmus himself was accused of latitudinarianism — and remained a Roman Catholic. Locke actually was orthodox enough to write defending miracles, St. Paul’s epistles, and the Resurrection. His support of religious toleration might make him too libertarian for some versions of Christianity but not for the larger denominations today, or even to some degree historically. Of course, it was Jesus who said to turn the other cheek.

Was Locke’s Jesus a “vague deity”? Locke wrote that “Jesus was Messiah and Savior,” that this was the cen­ter of reasonable religion, and that men were expected to believe this if they were “to be saved for the happiness of life after death in heaven.” None of this seems “vaguely religious,” as the critic charges, but rather mainline Christianity, as disorienting as all this may be.

Did Locke actually consider a government illegitimate “whenever” rights are abused? The Second Treatise is quite clear that those who lay “the foundations for overturning the constitution and frame of any just government, he is guilty of the greatest crime I think a man capable of.” And he should be “treated accordingly.” He also says, “people are not so easily got out of their old forms … even when the whole world sees there is an opportunity” for revolution.

The critic argues that conservative defenders of Locke need to show how he was “more inegalitarian and right-wing” to get the Right’s approval today. Actually, Locke demonstrated his inegalitarianism as assistant to Lord Shaftesbury in his Fundamental Constitutions of Carolina. Here he even allows slavery and indentured servitude to please Shaftesbury, and Carolina, if not himself. The proprietors were granted great power and large estates, and the freemen merely received sound property rights, jury trial, and English rule of law. But power was divided between proprietors, lesser-nobility councils, and counties. Local administration was to be handled by and through the local church of one’s choice (including Jews, but not Catholics). All citizens were required to take an oath to support their constitution “perpetually.”

The Constitutions underlay South Carolina practice for 50 years. But my critic’s fear was for the future, that “mild Lockean liberalism” would give way to more intense romantic wokism and totalitarianism — and that Locke provides no defense against them. The French Revolutionaries did use him to justify their revolt as do today’s Left. But so did America, and even the critic concedes, “The Founding Fathers were Lockeans, but they were not only Lockeans. They knew how to keep the Lockean system within practical limits, or within limits drawn from Hume, Montesquieu, or others who were not rights-absolutists.”

Does this not concede that Lockeanism can work if reasonably balanced? The Founders’ implementation did work and lasted at least to some degree until very modern times. The difference between the French (other than Tocqueville) and American Lockeans was the importance of separation and division of government powers, so apparent in Locke’s Carolina constitution, at least for elites and freemen. Excess was still possible even under the Founders, as it took civil war, amendments, and pragmatic adjustments to survive. Many governments today certainly have taken a rights-is-all bent, but is there no statute of limitations for Locke?

Where does that leave Locke today?

Could not following Locke today just as easily lead to the importance he placed on dividing and decentralizing power? Certainly, the Founders’ balance is and always was fragile, and it perhaps cannot be sustained without Locke’s assumption of a society supported by the tolerant Judeo-Christian religious values he assumed could tame it. The critic’s practical charge is that Locke is “dangerous” because fusionist conservatives refuse in the name of freedom to use power to solve the problems that face America today. But Locke correctly understood that power is dangerous, and this is why limiting it has been what has distinguished Western civilization.

It is not excessive Lockean freedom and toleration that has led America into its present disorder, but progressive elites centrally planning complex social life under the color of rights protection for almost a century and failing miserably. And the solution surely is not more bureaucratic power for the Right but the loosening of markets and empowerment of local communities and citizens.

A modern fusionist might even concede that Locke was naïve in expecting that such a society so oriented toward freedom could last. Yet America is based upon that dream, and no one has promised that it can survive without a tolerant but serious religious tradition, especially not Locke himself.

Donald Devine is senior scholar at the Fund for American Studies. He is the author of The Enduring Tension: Capitalism and the Moral Order, new from Encounter Books; America’s Way Back: Reclaiming Freedom, Tradition, and Constitution; and Political Management of the Bureaucracy. He served as President Reagan’s director of the U.S. Office of Personnel Management during his first term and can be followed on Twitter @donalddevineco1.