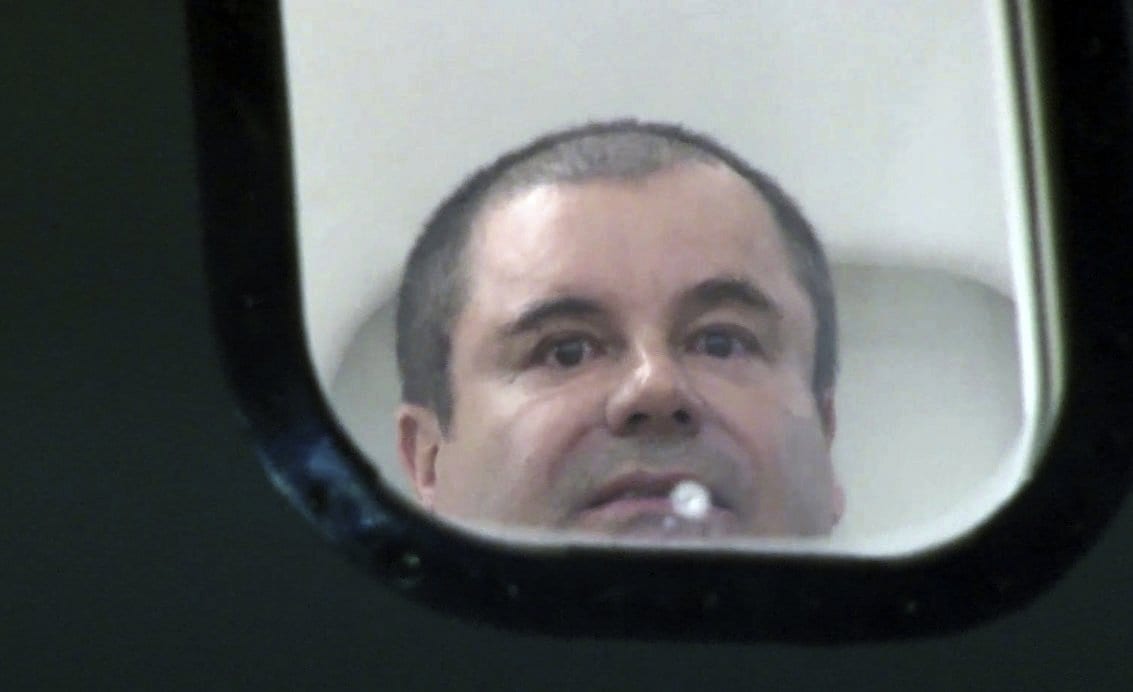 Movies such as The Godfather attached a perverse, almost romantic, cachet to the Italian Mafia. Movies and television shows are doing the same for Mexican drug cartels. Their chieftains are played by tough-looking men and beautiful women, their murderous cruelty somehow justified by competition from other crooks and corrupt cops.

In truth, like the mafia was then (and still is), the Mexican cartels are murdering thugs who revel in their own power and prey on whoever is in reach.

On October 17, Mexican police arrested Ovidio Guzmán López, the son of infamous drug cartel chieftain Joaquín “El Chapo” Guzmán. But cartel gunmen set up burning roadblocks and ambushed the police convoy carrying him. After an extended gun battle in which at least eight people were killed and 20 wounded, El Chapo’s son was released and police retreated.

About three weeks later, one of the police officers involved in the attempted capture of El Chapo’s son was assassinated in a fusillade of more than 150 bullets.

After those incidents, grandiosely named Mexican President Andrés Manuel López Obrador said, “This is no longer a war. It is no longer about force, confrontation, annihilation, extermination, or killing in the heat of the moment. This is about thinking how to save lives and achieve peace and tranquility in the country using other methods.”

For about three decades, the drug cartels — which smuggle illegal aliens and prostitutes into the United States and engage in every other sort of illegal conduct that might be profitable — have essentially ruled northern Mexico.

Last Tuesday, on a road feuded over by two drug cartels, three American women and six children were murdered. Several more children were wounded. The attack was no accident: they were targeted. One of the mothers reportedly screamed for mercy for her children as she was gunned down.

These people were American expats, part of an extended Mormon family living in the town of La Mora, about 70 miles from the Arizona border. They — and their ancestors — had lived in that area for about a century. Now, as a result of the massacre, dozens of American expats are reportedly moving back across the border.

President Trump tweeted, “This is the time for Mexico, with the help of the United States, to wage WAR on the drug cartels and wipe them off the face of the earth.”

López Obrador has been in office since last December. He refuses to engage in such a war because he, like his predecessors, fears the cartels more than he fears the United States. He wants, he says, to use “hugs, not bullets” to restore order in his country. As a typical liberal, he wants to spend more on social welfare and to fight corruption, as if corruption were a minor nuisance in Mexico.

So what to do? We could send a military force into Mexico in complete disregard of López Obrador and his army and wage war on the cartels. History shows that isn’t likely to work.

A century ago, Mexico was suffering through a long civil war. One of the principal revolutionaries was more of a bandit than a revolutionary: Pancho Villa.

In March 1916, Villa’s band raided a U.S. Army post in Columbus, New Mexico, in retaliation for President Woodrow Wilson’s change of mind after offering Villa help. As a result of the raid, Wilson sent Gen. John “Black Jack” Pershing on a punitive expedition to capture Villa and police the border.

U.S. troops chased Villa for nearly a year and never caught him. Our forces withdrew and left the Mexican revolution to wear itself out.

Were Trump to send another expedition into Mexico, López Obrador would not only object but probably send the Mexican army to oppose our intervention. There would be Russian, Chinese, and other UN Security Council motions to condemn Trump’s actions and impose economic sanctions on us. And the Dems would add another ground of impeachment to their agenda.

That all might be worth it were we to put the cartels out of business for a significant period of time. Far more likely is that the cartel leaders and soldiers would withdraw to large Mexican cities and continue their operations from there.

López Obrador’s position is understandable in its context. The corruption of Mexico’s police, courts, and other parts of government is comprehensive. Working with López Obrador’s predecessors has always led to failure, as will working with him.

In 1985, after the murder of a DEA agent in Guadalajara, President Reagan threatened to close the border and pressured the Mexican government to take on the cartels. They failed to do so.

In 2007, President George W. Bush signed the “Mérida Initiative,” similarly aimed at gaining Mexican cooperation in taking down the cartels. It resulted in a brief period of security cooperation with Mexico, but it too failed to affect the cartels.

President Trump has been trying to pressure Mexico to slow the flow of illegal aliens through to the U.S. border, but even that has not significantly reduced that flow. That leaves him with very few options.

Trump can, and must, call upon all American expats living in Mexico to return to the United States. In his 2020 campaign, he can link that call to a demand to build the border wall between the U.S. and Mexico, which helped elect him in 2016.

If Trump is reelected, and even if the Republicans control the Senate in 2021, the House of Representatives will almost certainly remain under control of the Democrats. They will continue to refuse funds to build the border wall between Mexico and the United States. This is more than unfortunate because the wall remains the best solution to vastly reduce the flow of illegal immigrants and drugs into the United States.

We no longer engage in assassinations. A covert operation in Mexico to hit the cartels’ leaders is an attractive thought but obviously illegal. Similarly illegal would be a program of extraordinary rendition — kidnapping — to capture cartel leaders and bring them to the U.S. for trial.

But the possibility remains for another covert operation. In the extraordinarily unlikely event that López Obrador could be persuaded to allow U.S. special forces into Mexico to capture cartel leaders and turn them over to Mexican authorities — and if the cartel chiefs could remain guarded by U.S. forces after capture to prevent corrupt Mexican officials from helping them escape — they could be extradited to the U.S. for trial and imprisonment.

That’s too many “ifs” to make such a program possible. And it wouldn’t solve the problem even if it were done.

After escaping from Mexican prisons, El Chapo was finally recaptured and extradited by Mexico to the U.S. He stood trial and is now serving a life sentence in a U.S. “supermax” prison. But his cartel is still thriving in his absence. Bringing cartel leaders to justice here is satisfying, briefly, but isn’t a solution to the problem.

Mexico is what the political theorists call a “failed state.” Its government’s power doesn’t exist in the substantial portion of the country where the cartels rule. What else can be done? Build the wall. It’s at least a good start.