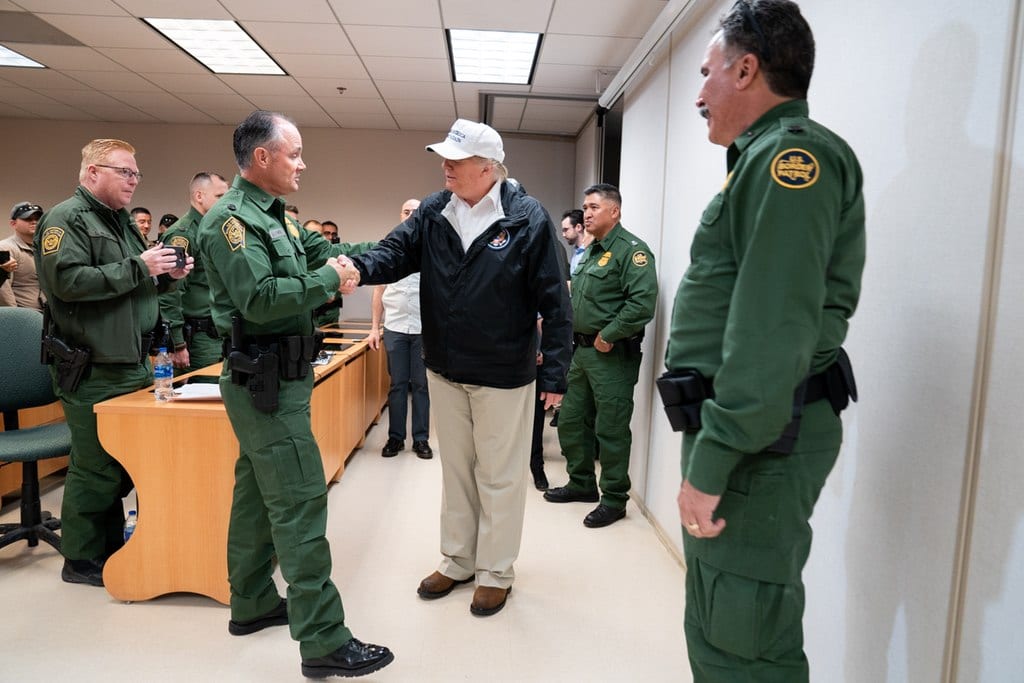 President Trump scored a win on Friday, when a federal appeals court gave a temporary green light to the president’s program called Remain in Mexico. The idea is to keep asylum seekers south of the border until they get their day in court. It’s urgently needed to help border towns like McAllen, Texas, and Las Cruces, New Mexico, which are being overwhelmed.

The same critics pouncing on Trump’s call to transport these asylum seekers to sanctuary cities are also opposing his Remain in Mexico program. For these cynical critics, nothing matters but politics. They have no real interest in providing relief to the border towns, American taxpayers, or migrants caught in the chaos.

Over 100,000 migrants, including a record number of families with children, were apprehended sneaking across the border in March, many claiming asylum. The border towns are dumping grounds for them once they’re released from detention facilities. They lack food, shelter, or the ability to speak English. Las Cruces city officials put out a call on Saturday for donated blankets, clothing, food, and diapers. Shelters and churches are full, bus stations chaotic, and charities tapped out. McAllen Mayor James Darling begged for a “solution that does not involve simply dropping them off onto the streets of our city.”

But like every option Trump has tried, including detaining migrant families in shelters until their claims are heard, the Remain in Mexico program is being challenged by a cadre of left-wing, open-border lawyers. Its future hinges on a ruling by the federal Ninth Circuit Court of Appeals later this week, and perhaps a final decision by the U.S. Supreme Court.

In the meantime, migrants scrape together bus fare to escape the mess. If they don’t have family already here, they pick a destination they’ve heard is immigrant-friendly. Word spreads fast about which communities will welcome asylum seekers, house them, and shield them from immigration enforcement.

For example, Portland, Maine offers migrants cash welfare, housing, and job training, and is considering letting them vote in local elections. That information has traveled all the way to McAllen’s shelters. Migrants hear Portland is the place to go.

Now that Portland’s shelters are overflowing, the same city politicians who boast about welcoming migrants whine that Portland shouldn’t bear the cost. Portland wants all of Maine to pay. Lesson: It’s easy to be big-hearted using somebody else’s money.

Cost is behind a lot of the opposition to Trump’s sanctuary city proposal. San Francisco Mayor London Breed denounced Trump’s proposal as “just another scare tactic,” implying that anyone opposed to busloads of migrants must be a racist. But race isn’t the issue. What’s actually scary is the cost of sheltering busloads of needy people.

As left-wing icon Cher tweeted Monday, “I Understand Helping struggling Immigrants, but MY CITY (Los Angeles) ISNT TAKING CARE OF ITS OWN.”

And why should taxpayers foot the bill, when only about ten percent of migrants from Central America actually qualify for asylum? The rest are scammers. They sneak across the border, tell a border agent they’re afraid to return, and get released inside the U.S. Half never even complete an asylum application. They’ve gotten what they want, jumping ahead of those who wait years to enter legally.

Word about how to game the system has spread, and now migrants are coming through the southern border from as far as Angola and the Congo.

Truth is, towns across the U.S. already doing that are strained by the cost. Trump’s Remain in Mexico program is designed to alleviate that problem. The more asylum-seekers Mexico shelters, the more money stays in American taxpayers’ pockets.

So far only a few hundred have been returned to Mexico. Litigation stalled the effort.

Fortunately, the Supreme Court has twice recognized a president’s authority to limit who enters the country, including under the guise of asylum. Trust the high court to uphold the Remain in Mexico program, bringing relief to border towns and U.S. taxpayers everywhere.