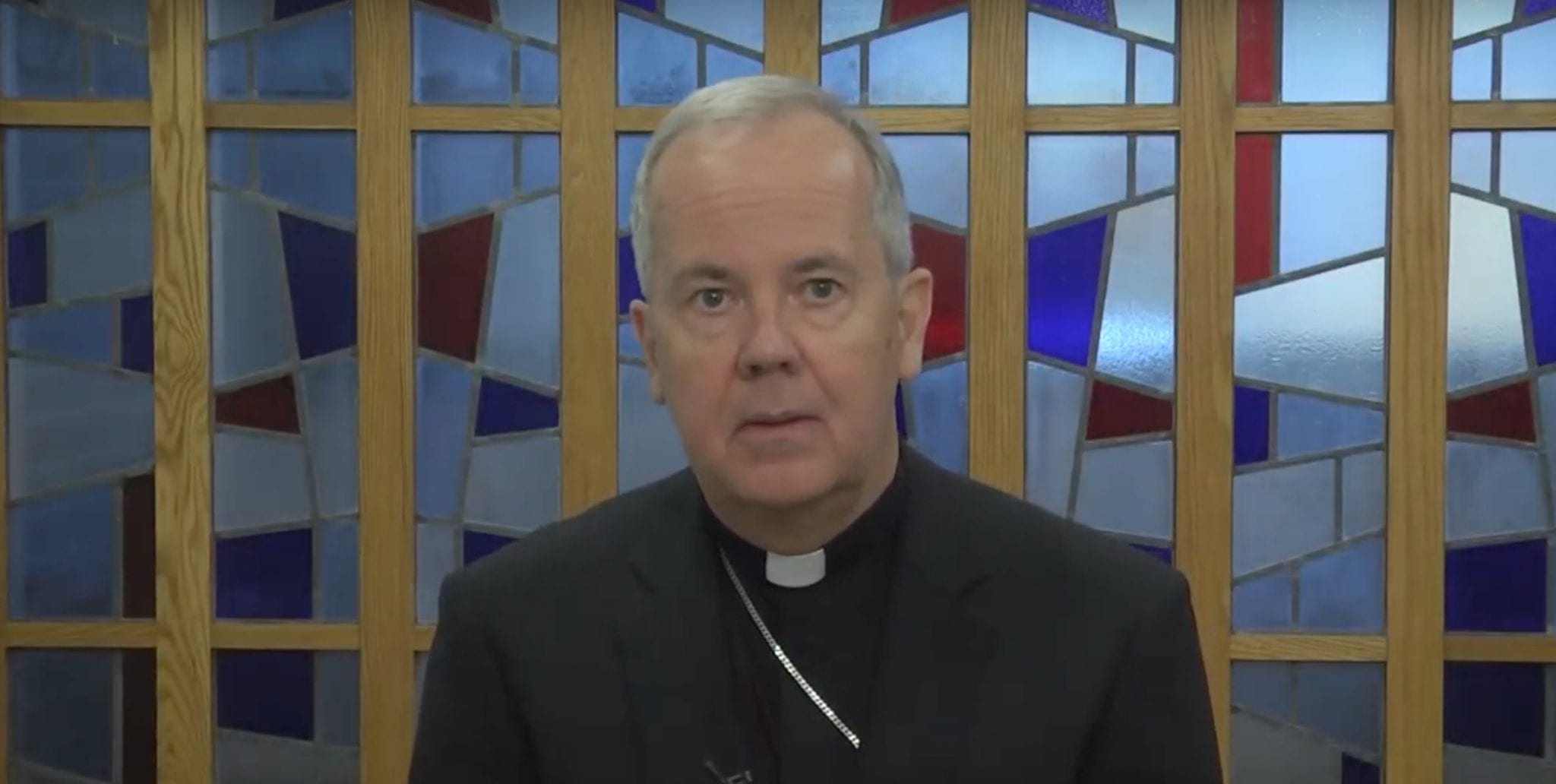 In 1972, Pope Paul VI famously wrote that the “smoke of Satan” entered the Church, wafting through the very windows he and his liberal confreres had thrown open to the world. It was an admission that the Church around the time of Vatican II had succumbed to the secularism and hedonism of post-1960s Western culture. The Church had once led the West in moral standards. Now she slavishly followed the West’s lowest ones, becoming in the process as sick and dysfunctional as its shabbiest pagan institutions. All the scandals that defined a crumbling secular society hit the Church, culminating in a pederasty scandal of epic proportions.

That scandal is not unique to the Church — indeed, it is seen across the culture, from public schools to Ivy League universities to the Boy Scouts and college sports programs — but it is reflective of the modern Church’s uniquely stupid embrace of Western decadence. The Catholic hierarchy, which increasingly resembled a gay mafia in the 20th century, went from resisting the West’s cultural poisons to imbibing them.

It is against this historical backdrop that the Monsignor Walter Rossi scandal, so emblematic of a decadent and dysfunctional post-1960s Church, plays out. What would have been once unthinkable — that one of the most important churches in the country, a basilica dedicated to the purity of the Virgin Mary, could fall into the hands of a credibly accused, louche-living gay predator — now elicits a shrug from the bishops. They know perfectly well that Rossi is corrupt, and they simply don’t care.

Wilton Gregory, the archbishop of Washington, D.C., is studiously ignoring the Rossi scandal. As a protégé of the late Joseph Bernardin, one of the godfathers of the gay mafia, Gregory has had long practice in overlooking corruption.

“Gregory was the prelate who organized the performance of the Windy City Gay Chorus after Bernardin requested that for his funeral,” says a priest who has known Gregory for decades. “What will he do about Rossi? Nothing, if he can get away with it.”

As I have previously reported, informed Church insiders say that Rossi’s long-term relationship with Fr. Andrew Hvozdovic, with whom he co-owns a Fort Lauderdale beach condo, “is homosexual.” One source described them to me as an “old gay couple” who stroll the beach in “speedos.” The flagrant lifestyle of the two has earned them nicknames from Scranton’s priests, according to the source: “Rossi is called Wanda and Hvozdovic is called ‘Randy Andy.’ ”

“Randy Andy” is known for, among other outrages, hanging in his rectory bathroom gay beefcake shots and displaying a statue of a “crucified Jesus with an erection,” says a priest. This priest says that he is willing to give a “sworn statement” about seeing that grotesque statue in Hvozdovic’s house.

Meanwhile, Scranton’s Bishop Joseph Bambera, nicknamed “Bambi” for his own gay-mafia associations, continues to protect the two. (Ordained in Scranton, Rossi’s superior is Bambera). I was told that after my first article on Rossi as a member of the gay mafia appeared, a rattled Bambera called him and Hvozdovic in for a meeting.

Yet months later Rossi remains untouched. “Bambi is notorious for protecting members of the gay mafia like Rossi,” says a Church insider. Like Gregory in Washington, Bambera is a champion of the gay propagandist James Martin, a left-wing Jesuit whom Bambera has pointedly invited to give talks in Scranton (Gregory invited Martin to give talks in Atlanta during his tenure there).

Despite this baggage, Bambera, according to a well-placed Church source, is in the running to “succeed Archbishop Chaput in Philadelphia.” (Chaput is set to retire in the fall.) Should that outrage happen, Bambera would in all likelihood become a cardinal, an honor denied Chaput but one sure to go to a member of Team Francis. This source adds that Bambera’s right-hand man, Monsignor Thomas Muldowney, would then likely become the bishop of Scranton, which this source describes as a disastrous prospect since Muldowney is a “protégé of Walter Rossi.”

Bambera and Muldowney are also responsible for multiple, pederasty-related cover-ups in Scranton. (I will describe one such cover-up in a future article.)

“Everything you have written about Rossi is true,” a former Basilica employee said to me the other day. If anything, he added, my descriptions of Rossi are understated. This former employee, who also knew Rossi’s alleged lover Matthew Riedlinger, recalled the utterly louche atmosphere at the Basilica: “Riedlinger used to send me the creepiest texts and would ask me to go out with him and ‘Walter’ [to gay bars and clubs].” He continued, “I was 18 at the time … It was all completely improper.”

The faithful had been promised “fresh air” from the opened windows of the Church after Vatican II. Instead, what billows out of Rossi’s Basilica are the toxic fumes of a shameless gay cabal.