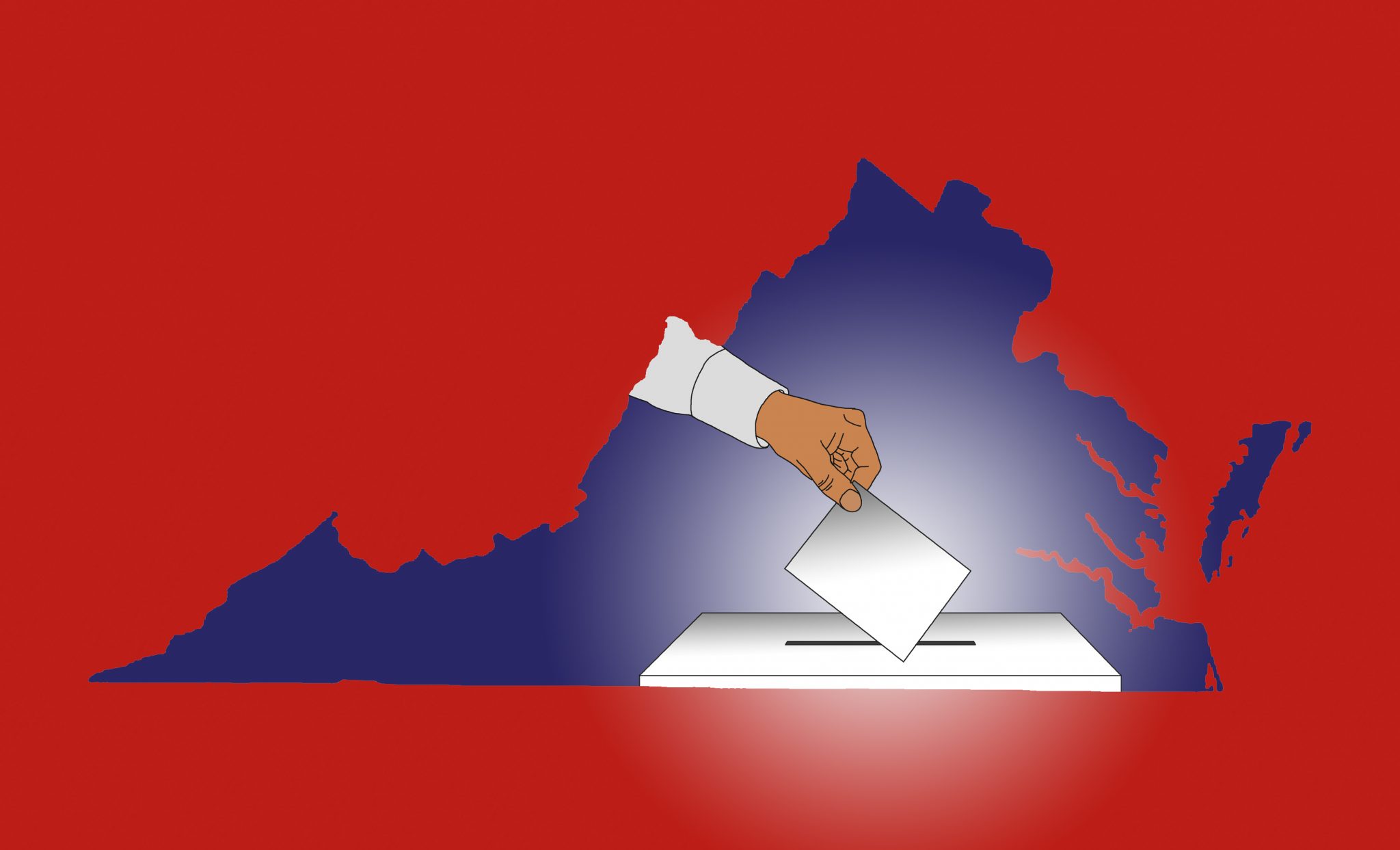 Democrats have spent the past four years decrying the death of “norms” and the intensifying political divisions among Americans. In our view, one cause of this intensity is the gerrymandering of districts into “safe” seats for both parties, allowing politicians of each party to cater to their bases without seeking compromise between their constituents’ differing interests.

The Virginia General Assembly, on a bipartisan basis, has presented Virginians voting this fall with an opportunity to change this narrative and lessen the tensions roiling our national and local political climates.

Where once Amendment 1 was a correction for decades of redistricting abuse by both parties, today it is just an impediment to Democratic power.

Virginians will be voting on an amendment to the Commonwealth’s Constitution to create a bipartisan commission that will draw congressional and state legislative districts based on the 2020 Census, ideally in time for the House of Delegates races next year. The commission will be comprised of 16 members, eight from each party, equally divided between sitting legislators and citizens. The Virginia Supreme Court would resolve any deadlocks, though both sides have strong incentives to reach compromises before the Supreme Court steps in.

In short, if it passes, Constitutional Amendment 1 will end abusive gerrymandering and promote competitive, fair, bipartisan redistricting in the Commonwealth.

The Democrats’ reaction to this opportunity to demonstrate their commitment to good government, cooperation between parties, and a calming of the political climate?

No thanks. Never mind. Pay no attention to all those things we said about lessening the divisiveness in our national and local political life.

The fact that Amendment 1 appears on the ballot at all is evidence of the deep bipartisan support for the amendment. Amending the Virginia Constitution is a complex process. A proposed amendment must pass two legislative sessions of the General Assembly and then must be approved by the voters in a statewide ballot.

Some of the most liberal Democrats in Virginia, including Del. Ken Plum (D-36) and Rep. Don Beyer (D-Va. 8), along with Republicans such as Del. Jason Miyares (82) and the Republican Party of Virginia, have come out in favor of Amendment 1. They understand the abuses of the redistricting process in which both parties have engaged and recognize Amendment 1 as a chance to get away from this divisive history.

Even the mainstream, left-leaning media across the Commonwealth, from the Virginia Pilot to the Washington Post, have come out in favor of the amendment.

Political Action Committees for and against have spent millions on influencing the vote. Democrats initially worked closely with such organizations as OneVirginia2021, passing legislation to have the amendment on the ballot. Now Republicans, who previously were skeptical, are strongly supporting the amendment. The Suburban Virginia Republican Coalition have produced a video and is purchasing advertising space on social media educating suburban voters across the state on the constitutional amendment.

But with the recent change in control of the General Assembly, Democrats are singing a different tune on the redistricting amendment. Where once Amendment 1 was a correction for decades of redistricting abuse by both parties, today it is just an impediment to Democratic power. Many of the Democrats who took control of the General Assembly in 2019, now in a position to execute the post-2020 Census redistricting for their benefit, have flip-flopped and are urging voters to vote No on Amendment 1.

Despite their endless paeans to bipartisanship, it has become clear that for too many Virginia Democrats, bipartisanship is situational, a virtue only when it benefits Democrats. This is similar to the view that nine judges on the U.S. Supreme Court is fine until the conservatives gain control or the Electoral College must be eliminated if a president is selected without a popular, i.e. New York and California, majority vote.

The Democratic Party of Virginia has gone full Orwell, insisting against all logic and reason that somehow Amendment 1 will lead to gerrymandering. How they expect a commission comprised of equal numbers of Republicans and Democrats to enable gerrymandering is beyond us.

Virginia’s NAACP recently claimed that “for too many years, politicians have drawn rigged districts that strip Black voters of our voice. We need to reform the system, not make it worse. Any redistricting amendment must include explicit and strong protections for Black voters and voters of color.”

Never mind that Virginia was still subject to the DOJ’s pre-clearance process under the Voting Rights Act during the post-2010 Census redistricting. And never mind the insulting suggestion that a bipartisan redistricting commission comprised of both legislators and ordinary citizens would fail to protect minority voters. The NAACP is suggesting that, against all odds, a Democratic-only redistricting would somehow result in a more balanced, less gerrymandered map than the map a bipartisan commission of eight Democrats and eight Republicans would produce. Pardon us for being somewhat skeptical.

Constitutional Amendment 1 is a product of the bipartisanship Democrats insist is the hallmark of good government, government that “gets things done.” Yet given the opportunity to put their money where their mouth is, Virginia Democrats have rejected bipartisanship in favor of their short-term political interests.

Democrats are playing raw power politics, which is their right. But hopefully they will have the self-awareness to spare us the sanctimonious lectures on bipartisanship the next time they cannot stop legislation (or, say, judicial nominees) they oppose.