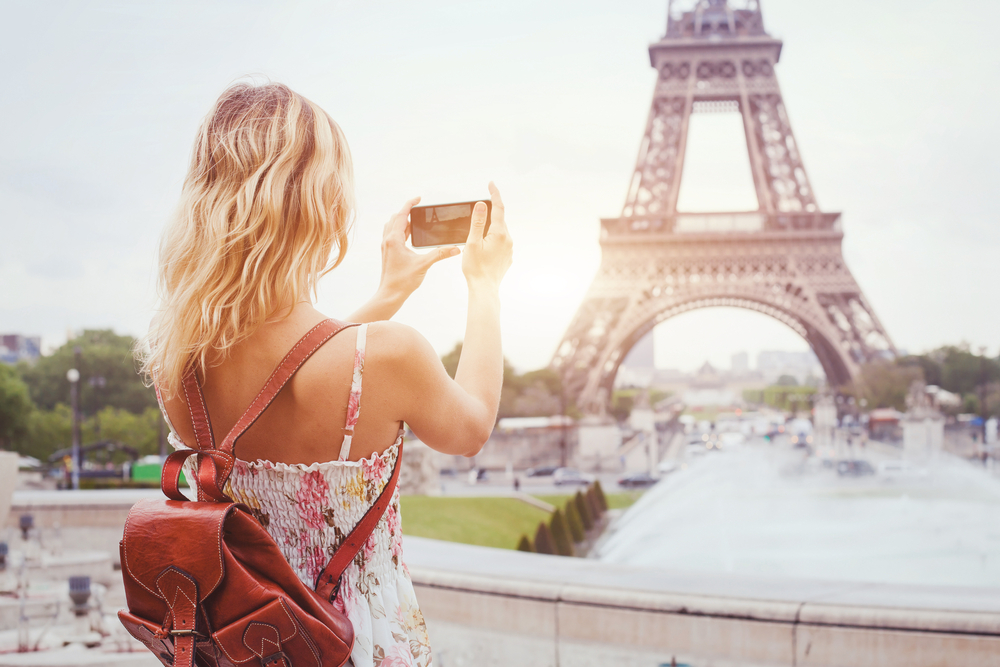 Paris is not worth visiting. When you get there, you will have the distinct feeling of having been there before. Those people who spend all day uploading pictures of France on social networks are to blame. I understood just how serious the issue was the last time I stood in front of the Eiffel Tower and saw hundreds of tourists trying to double-click on it. Instagram is doing a lot of damage.

France is a very interesting country, and the streets of its main cities hide many attractions. In particular, when in places like Paris, you can visit two types of monuments: those that are too old and those that commemorate the beheading of thousands. Unlike Greece, the advantage with France is that everything is not dilapidated, so things are solid enough to be able to hang hundreds of love locks without risking the bridges falling down.

The history of France boils down to a lot of French people doing things, making it quite different from other European countries. In Spain, for most of history, nobody did anything except napping, writing and other minor arts, and finding a way to get to the beach. The French, on the other hand, are more responsible. For starters, they got angry and took the Bastille and rivers of blood flowed, but they are convinced that it was all for a good cause: so that high school students would have a really interesting battle to study.

Ever since then, the history of the French is of little to no interest, except for three or four things that I can’t remember right now; but if you walk the streets, you’ll find commemorative plaques all over the place. Our neighbors are in the habit of taking credit for any and all success, even their own.

In the epicenter of nouvelle cuisine, each restaurant is like a small museum. Each dish, a work of art. And that’s all you need to carry in your head to successfully feed yourself in France. That and a good credit card. My advice is that, if you are going to visit the most prestigious restaurants, pack a few chocolate cookies with you.

French wine is world famous. Even when you have the feeling that you have left the restaurant without actually eating, you will surely have had a good time emptying your wallet on a couple of bottles of wine that were definitely worth it. The only terrible thing about French wine is that, in the end, it runs out too.

Male tourists benefit from an advantage over female tourists. The French do not have any special qualities, except their Frenchness, and therefore an irrepressible tendency to that arrogance which makes the world a worse place. Now I know you will say that this is an easy cliché. Indeed, it is an easy cliché. But guys visiting France will be blessed with the best of rewards: in places like Paris, art so overflows that the monuments stroll along the streets. You can even get up close and try to talk to them. They are called Jasmine, Valérie, or Gwendoline, and legend has it that they sleep in the cellars of the Louvre. They are the French women.

There are a lot of rich people in France, and they all cram themselves into the main marinas of the Côte d’Azur. There are more sheiks per square meter in the port of Cannes than in any Arab country. A visit to the center of European glamor should be made in summer, with binoculars and wildlife fieldbook. The different species of rich, semi-rich, and swindlers of various orders mingle here surrounded by luxury and expensive bottles of champagne. It is estimated that every 10 seconds an expensive bottle of champagne is uncorked on a yacht on the Côte d’Azur, so doctors recommend shielding your face with one hand whilst walking around the port.

The sea is the Mediterranean, and that is to say that it is ornamental and domesticated. The last wave sighted on the Côte d’Azur dates back to the beginning of the century, when the writer of this article jumped into the water on a Greek beach, causing a withdrawal of water and the subsequent tsunami throughout the French and Italian Mediterranean and leading to flooding in much of North Africa.

One of the things that most strikes those who are not used to visiting this corner of the planet is that many of the sandy beaches of the Côte d’Azur are private. But it is worth paying at least the same amount you would pay to get into an aquarium full of tropical fish. Let’s not forget that Cannes is the only place in the world where you can swim in the company of 30 Paris Hilton clones.

The monuments you have in your living room

The French are pioneers in setting up a lucrative miniature market. Without really knowing why, we all have dozens of miniatures of monuments and sculptures of places we have never been to. The replica of the Eiffel Tower is perhaps as popular as the Sevillian dancer and the plastic bullfighter from southern Spain. But it is also common for small Arcs de Triomphe or even the occasional Louvre museum to grow in forgotten closets at home. (READ MORE from Itxu Díaz: Air Travel Is Still Treacherous)

According to my own estimates, most European tourists have all of France in display cases scattered around their homes and do not know it. How French miniatures reach our homes is one of the great enigmas of the history of mankind. Of one thing you can be sure, and that is that, if you want to take one home with you, be prepared to pay their weight in gold; more or less the same amount you will pay for a coffee in any Parisian bar.