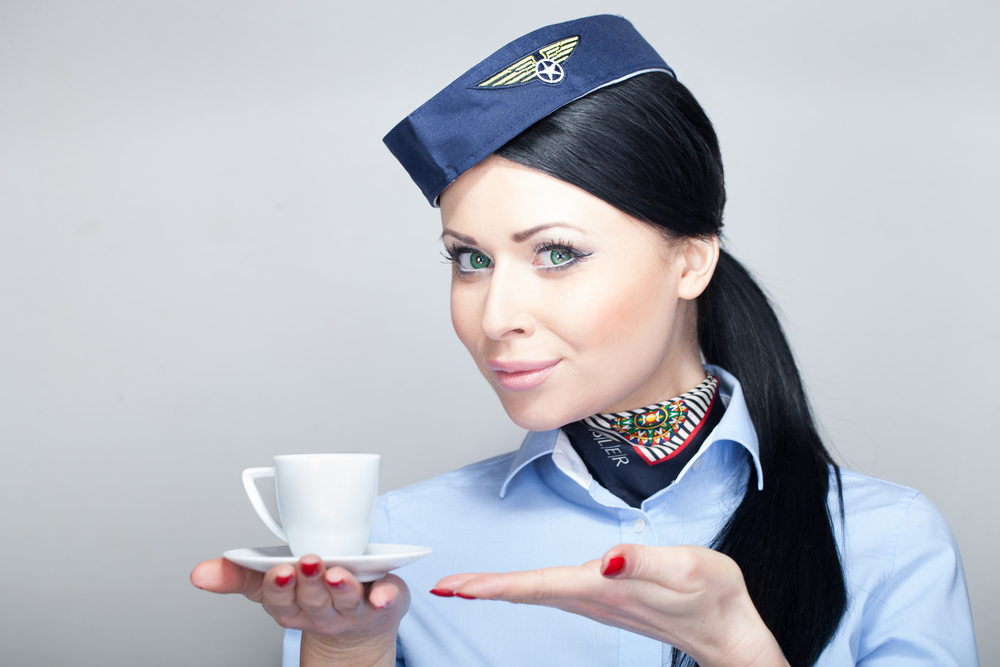 I’m looking for a guy I may have left without offspring. It happened a few weeks ago. It was on one of those flights to which I seem to be treating myself quite a lot recently, from Madrid to Galicia, from the center to the northwest of Spain. We were landing at the airport of La Coruña, my hometown, where the local heroine María Pita made mincemeat out of “Sir” Francis Drake’s English pirates. That was about 500 years ago, but we are still sore. The city looked beautiful, as always, although the black clouds forewarning strong winds and storms were already gathering over the peninsula. I had been trying to get a coffee for a while, and finally a kind stewardess was kind enough to serve it to me.

Coffee, the sea underfoot, and about 20 minutes to landing. All in order, I mumbled, satisfied. Damn my audacity. The little plastic cup, just delivered, was steaming between my hands, and I was absorbed in thinking about writers’ things. I don’t know: pending articles, creative block, victims for a new column, or just how to make ends meet. The usual stuff. Then absentmindedly I lowered my mouth to the hot brew, only to feel the lash of hell whip the tip of my tongue. Little did I know that from that moment on I would have to use glue to stick stamps on letters, and my tongue would be flayed for weeks. The temperature of that latte, I calculated, would melt Greenland in a couple of minutes, and I would still have half a glass left over to try to emulate the predatory effect of an erupting Popocatépetl.

I was immersed in these nightmares when we began the approach maneuver to the airport, crossing those black, cottony clouds that dump you into uncertainty, trembling. And so, with the quivering, the coffee started its dance inside the cup, while I tried desperately to contain the convulsions between my hands. The turbulence grew, and I began to swap the cup from one hand to the other, again and again, trying to find a way to avoid a spillage of unpredictable consequences.

Assuming that the vibration was only going to get worse, and proving that my stupidity can be infinite, I tried to gulp down the coffee in one gulp, valiant fool, extending the burns on my tongue to the back of my throat and leaving my tonsils free of bacteria for the next 10 years, through the medical sterilization technique known as incineration.

In any case, I was unable to prevent the coffee from continuing to dance right on up to the edge of its cup. I failed in new attempts to drink it down in one gulp, and my hands, arms stretched towards the sky with the cup held in the tips of my fingers, were now raised towards infinity, trying to counteract the plane’s vibrations. All these efforts proved to be in vain as the first spill, like a celestial sprinkler, rained down onto the person sitting next to me, who in turn emitted a shriek that was to be heard quite clearly on the International Space Station, and in which, according to the astronauts’ transcription, my mother was mentioned.

The atmosphere turned tense, and the trembling persisted while I continued to compulsively change my coffee from one hand to the other, as if by doing so at great speed I could cheat the laws of physics — guess what cup the ball is under? The guy next to me, with a dripping arm, instead of head-butting me, gave me a Kleenex, aware that the liquid had also stained my suit and proving himself to be a prime candidate for the Nobel Peace Prize.

I didn’t have time to take the tissue, though, because a new and more intense quake once again unleashed madness in my coffee cup, which, this time, fell in torrents all over his stoic person, spraying him on the most delicate of flanks, to the astonishment of all those present. I looked at his face, and I felt sure he was going to murder me. Bad timing, I thought, to die on an airplane. Funeral costs are skyrocketing. (READ MORE from Itxu Díaz: Real Men Don’t Do Makeovers)

After that, everything happened quickly. I managed to pass the cup to a flight attendant who was watching the scene, horrified; the guy, fuming, began to fidget in his seat as a result of the discomfort caused by the burning reaching his central extremities, and the rest of the passengers began to recite their theories about how easy it would have been to successfully handle the situation if only the boiling coffee had been in their hands and not in mine. You know that 99 percent of the world’s human intelligence is concentrated in the passengers of an airplane, and they never miss an opportunity to prove it immediately after an on-board irrigation with boiling coffee. So, in the confusion, we landed, my companion, the one with the fried nuts, burst out laughing — I don’t know which ascetic current he follows — collected his suitcase from the baggage compartment, and became lost in the line of people disembarking, while I, haggard and pale, sank back down into the depths of my seat, oblivious to the sun shining through the clouds on the other side of the window.

The object of my column today is to try to find this anonymous hero, apologize to him, thank him for his patience, and buy him a cup of coffee.

Itxu Díaz
Follow Their Stories:
View More
Itxu Díaz is a Spanish journalist, political satirist, and author. He has written 10 books on topics as diverse as politics, music, and smart appliances. He is a contributor to The Daily Beast, The Daily Caller, National Review, American Conservative, and Diario Las Américas in the United States, as well as a columnist at several Spanish magazines and newspapers. He was also an adviser to the Ministry for Education, Culture, and Sports in Spain.
Most Popular
1
The Right Prescription
The Roe Decision Won’t Save the Democrats
by David Catron