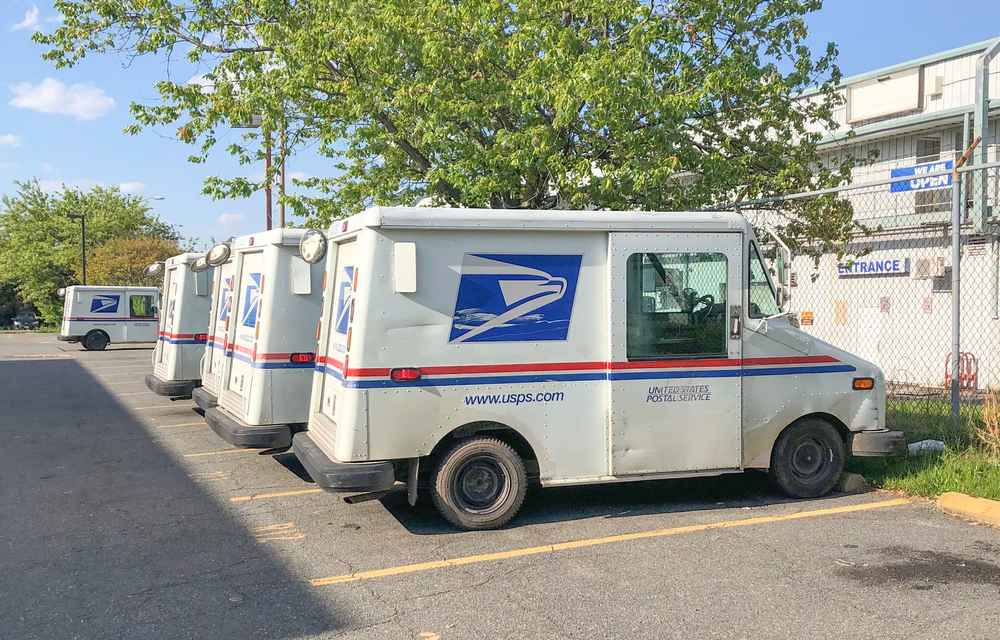 There is a classic episode of Seinfeld where George visits postal worker Newman’s office to drop something off and is surprised that he’s not at work. “I don’t work in the rain,” Newman announces — much to the chagrin of George, who needed him to deliver something for him that day.

An American taxpayer needed something from the post office … and it didn’t deliver.

Last month, the nonpartisan ethics watchdog group American Oversight released 10,000 pages of post office documentation, mostly from the spring secured under a FOIA request. The records contain communications about the post office that “depict an agency in distress, as its deteriorating finances collided with a public-health emergency and a looming election that would be heavily reliant on absentee ballots,” according to the Washington Post.

A government-sponsored enterprise like USPS should be run like a business, but Democrats instead have made preserving a dysfunctional status quo a rallying cry.

While the Post’s account included several needless, baseless swipes at the Trump administration (yawn), even their account couldn’t obscure how the records prove the USPS’s desperate need for substantive, long-term reform.

American Oversight posted all the post office documents, but has left a report online of key findings from the internal documentation that shows an organization badly in need of reform but begging for bailouts. Using a keyword search, American Oversight found a number of troubling themes repeated throughout the documentation, including Medicare integration and retiree health benefit repeal, elimination of pension payments, a $25 billion grant to cover COVID losses, a $25 billion “modernization” grant, and debt forgiveness of $14.4 billion in outstanding debt.

The USPS shows no resolve to make necessary reforms to lower the enormous costs of an agency that is hopelessly out of date. This is troubling for its implications to the taxpayer both now and in the future, as bailouts won’t fix any problems in the long term.

And, oh boy, does USPS have long-term problems. The USPS has lost billions every year for the last 13 years. In 2019, the Postal Service lost $8.8 billion, and losses posted in the third quarter for the 2020 fiscal year show the agency is on track for an even bigger loss this year. The agency’s CFOs have promised long-term financial stability since 2007, but have made no systemic changes at all.

As traditional mail is no longer used as much, USPS’s annual operating expenses have grown by $9 billion this year, compared just a few years ago. But wait! — while Americans send less mail than they used to, they ship many more packages thanks to e-commerce. So the post office should be swimming in money, right?

Wrong. A Citigroup analysis found that each box the post office delivered gets a subsidy of $1.46, proving the president right in his long-time insistence that the post office is undercharging.

Yet since the news broke, no actions have been taken to correct this needless loss.

House Democrats haven’t sought out the 10-year business plan that USPS promised to deliver a year ago. A government-sponsored enterprise like USPS should be run like a business, but Democrats instead have made preserving a dysfunctional status quo a rallying cry. Meanwhile gavel-less Republican House leaders continue to demand an actual plan for the future.

Important changes must be made. GAO has some good ideas, and so does the Treasury. The post office needs to better align costs with revenues, abandoning mail products that can’t cover their direct costs. USPS needs to explore pricing flexibility and transparent models to fully ensure cost coverage. Easy cost-savings ideas include ending Saturday mail delivery, cutting hours at post offices, and continuing to grow the cadre of non-career employees.

Even with all the technology of the 21st century, there is still the need for a national postal agency, and there probably always will be. Yet there surely isn’t the need for the bloated, wasteful, bureaucratic dinosaur the U.S. taxpayer shovels money every year to support. The coronavirus recession is a time for demanding long-overdue reforms, not an excuse for more bailouts. Time for the post office to work in the rain.