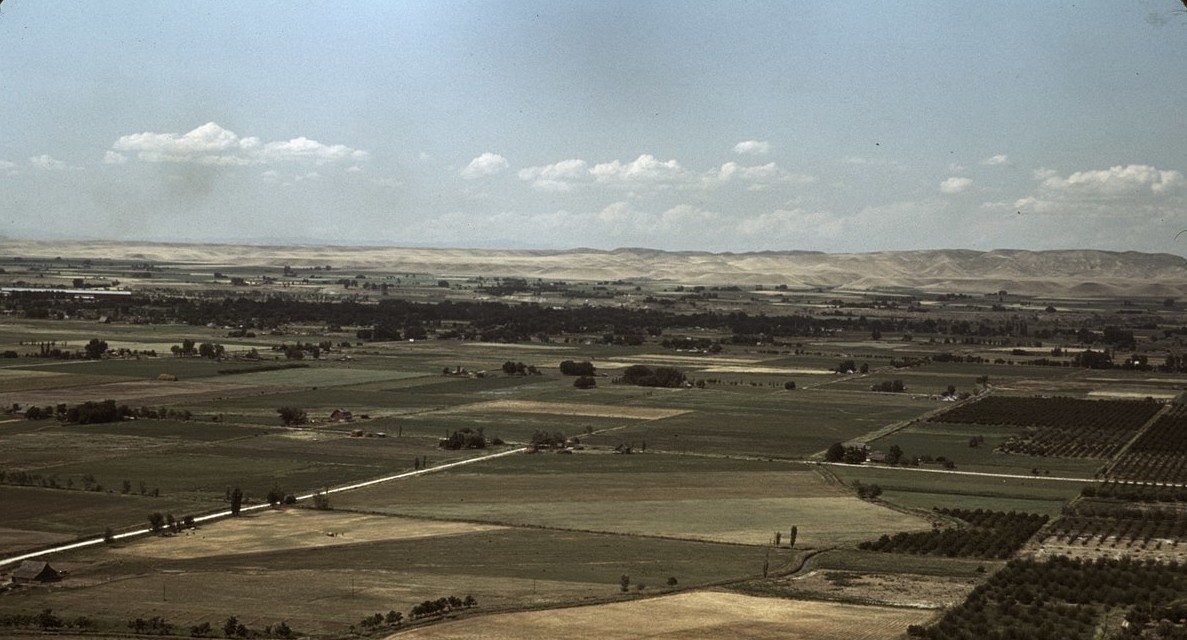 At the outset of his classic work The Unsettling of America, Wendell Berry notes a peculiarity of American culture: “As a people, wherever we have been, we have never really intended to be.” From our earliest history to the present day, we have been a people on the way, a frontier people, roaming the land in search of opportunity. At the same time, Berry adds, there have always been some Americans who desire “to stay put, to say, ‘No farther. This is the place.’ ”

Berry’s teacher, the writer Wallace Stegner, used the terms “boomers” and “stickers” to describe, respectively, those whose strongest tendency is to chase opportunity and those who prefer to cultivate home. The poet Ada Limón writes of “roamers” and “roots.” Even where specific terms are absent, these themes are widely present in American letters. Novelists have done particularly well at addressing these themes because complex characters and settings allow for the nuance that’s necessary to avoid the simplistic dichotomy of “boomer” and “sticker.” The reasons why people leave and stay in certain places are not so easily divisible. Berry knew this and so wrote his Port William series of novels, infusing them with great subjectivity and, as a result, beauty.

What Berry does for his fictional Port William, Grace Olmstead does for her actual hometown of Emmett, Idaho, in her new book, Uprooted: Recovering the Legacy of the Places We’ve Left Behind. She describes the book as her “ode to the past” because, in part, it tells the history of her town, a multi-generational farming community formed to support a gold rush in the Boise Basin. Evoking Berry’s words about American peculiarity, Olmstead writes, “Emmett was a stopping place en route to treasure elsewhere.”

In addition to gold, other natural resources drew the attention of outsiders, subjecting the region to repeated cycles of boom and bust. Yet there were always some who said, “No farther. This is the place.” It was their cumulative decisions to stay and cultivate the land that prevented Emmett from becoming another of the ghost towns that now haunt Idaho’s landscape. Their industriousness and dedication were rewarded with fertile farmland that made it possible for subsequent generations of “stickers” to transform Idaho into the major agricultural producer it is today.

“Uprooted” isn’t just an ode to the past; it’s a celebration of small towns and the people who uphold them.

Yet Idaho’s agricultural success has attracted ongoing exploitation and extraction by global agricultural corporations. In the face of legislative and economic policies that favor industrial, homogenized farming methods, local farmers have faced an impossible choice: go big or go home. But to a farming community like Emmett, “go home” actually means “leave home.” For those who can afford to adapt, survival still isn’t guaranteed as, each year, sprawling suburbanization pushes more farmers off their land due to various factors like rising property costs. Once gone, these farms are unlikely to return because the land will be too damaged and too expensive for startups to stand a chance.

Olmstead doesn’t have romantic nostalgia for a simpler time — quite the opposite. She convincingly shows that it’s the specialization and homogenization endemic to our modern methods of growth that are overly simplistic. Conversely, “Locality requires us to deepen our gaze and examine our roots,” she writes. “It requires us to see the complexity of our places and their needs.”

It’s out of a deep sensitivity to and affection for this complexity that Olmstead writes. Uprooted isn’t just an ode to the past; it’s a celebration of small towns and the people who uphold them — people whose worth is not “contingent on what other spaces think of them, take from them, or offer them.” It’s a call to build a better future by “push[ing] back against the exploitation and extraction that have become part of our economy and our moral calculations.”

In many ways, Emmett’s history is a microcosm of struggles faced by generations of rural communities across America. As Berry wrote in The Unsettling of America:

Stories of would-be “stickers” figure prominently in Olmstead’s account of Emmett’s history, and she withholds no sympathy from them: “Sticking in a place where there are no job opportunities and little promise of change results not in a sticker mentality, but in a passive form of ‘stuckness’ that is debilitating to the soul.” She advocates forcefully for smarter patterns of growth that honor people’s intentions to stay in their homelands.

This matter of intentionality is a principal theme of Uprooted, with verbs like “choose,” “decide,” “determine,” “embrace,” and “prefer” knitted into seemingly every page. In a narrow sense, this theme reflects Olmstead’s wrestling with her own choice to leave Emmett to attend college and raise her family on the East Coast. Hers is similar to the stories of many Americans who leave their places not by necessity but because cultural pressures convince them that personal fulfillment is found away from home, outside of their native interdependencies.

Often, this sense of fulfillment lasts only as long as our illusions of self-dependence. If the COVID-19 pandemic has taught Americans anything, it’s this ancient truth: “It is not good for man to be alone.” This truth has been affirmed by the waves of Americans who have moved back to their hometowns during the pandemic. We are fragile, dependent creatures whose only hope for flourishing is found in natural, generous webs of interdependence.

This is not to say that everyone could or even should endeavor to return to their hometowns. The question of returning to Emmett is one with which Olmstead continues to wrestle. Complicating matters is the fact that returning would require her to pull up the roots that she and her family have put down in Virginia over the past decade. At the same time, she’s pained by the thought of being merely a spectator to the fate of the hometown that has given her so much.

Again, for Olmstead, it all hinges on intentionality. Equally important to whether we stay or leave is why we do. She concludes, “going home will not be a choice made out of blind nostalgia or homesickness for something that once was. It will be a conscious choice of love, made to a people and a place that are messy, complicated, broken — and precious beyond imagining.” Similarly, our choices not to return should be motivated by a desire to cultivate and nurture the grace of interdependence somewhere else — to love a place in the particular ways it requires and to receive the gift of belonging in return.

With its investigative account of complicated and precious lives, Uprooted fits alongside recent titles like Jessica Bruder’s Nomadland, Chris Arnade’s Dignity, and Sarah Smarsh’s Heartland. Yet it stands apart for its unique blend of themes and its approach that deftly blends narrative, analysis, and commentary in poignant prose. It’s an indispensable guide for those who are wrestling with their place in an increasingly rootless world.

Timothy Kleiser is a teacher and writer from Louisville, Kentucky. His writing has appeared in the American Conservative, National Review, Modern Age, Front Porch Republic, Christianity Today, and elsewhere.