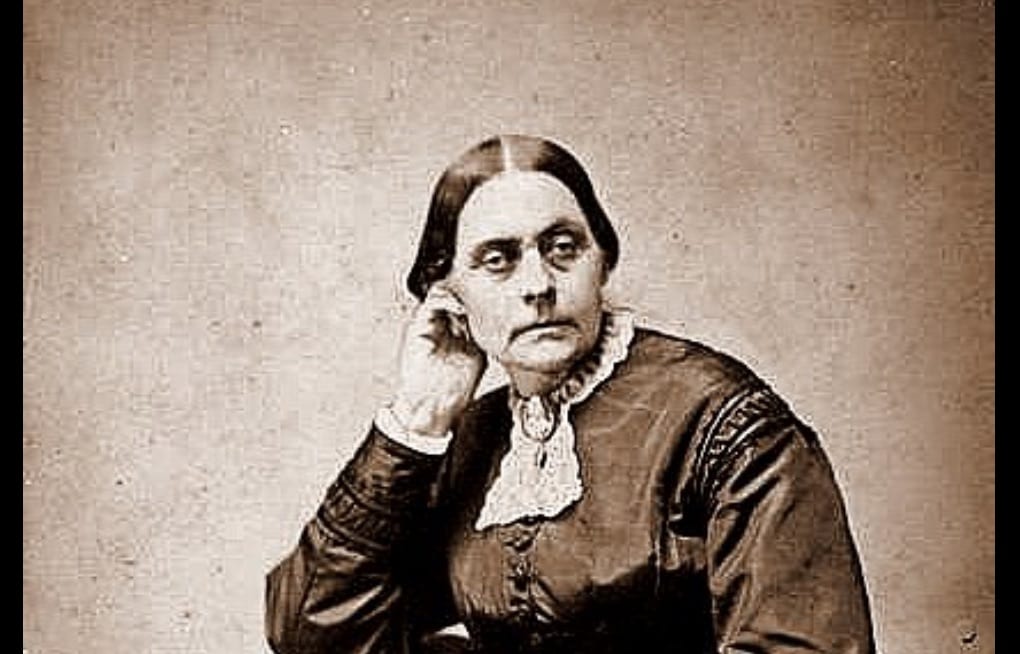 The abortion industry has had a rough couple of weeks. In addition to the commercial success of the pro-life film, Unplanned, the Georgia legislature just joined the growing number of states to pass bills prohibiting abortions after a fetal heartbeat can be detected. Predictably, the film and the legislation have been denounced by baby part purveyor Planned Parenthood, its bought-and-paid-for stooges in Washington, and the legacy media as another offensive in the “war on women.” The irony of that charge is that legendary feminists like Susan B. Anthony and other genuine fighters for women’s rights were ardent opponents of abortion.

Anthony regarded abortion as immoral and exploitive of women. The first females to break into the male-dominated practice of medicine considered it their duty to protect women from what 19thcentury suffragist Dr. Elizabeth Blackwell called “The gross perversion and destruction of motherhood by the abortionist.” Nor would the mothers of feminism be offended by the religious elements of Unplanned, in which a Planned Parenthood “employee of the year” becomes a pro-life activist. As Anthony indicated in “Social Purity,” she believed that women could liberate themselves from the laws of men only by appealing to a higher tribunal:

She must feel herself accountable to God alone for every act, fearing and obeying no man, save where his will is in line with her own highest idea of divine law.… When the mother of Christ shall be made the true model of womanhood and motherhood, when the office of maternity shall be held sacred and the mother shall consecrate herself, as did Mary, to the one idea of bringing forth the Christ-child, then, and not till then, will this earth see a new order of men and women, prone to good rather than evil.

In other words, the women whom “modern” feminists claim to revere all believed that “the office of maternity” should be “held sacred.” Virtually all, revisionist history notwithstanding, were deeply religious. They would be outraged by the assertion — frequently made today — that abortion is somehow pro-woman. The Revolution, published by the National Woman Suffrage Association and edited by Elizabeth Cady Stanton and Susan B. Anthony, routinely ran columns exposing how Restellism, a 19th century term for abortion, was often forced on women by men. A typical example is an 1869 editorial titled “Restellism Exposed.”

It describes the experience of a suffragist physician, Dr. Charlotte Denman Lozier, who was accosted in her office by a man accompanied by a young woman for whom he wanted to procure an abortion. Dr. Lozier explained to this “gentleman” that he had “come to the wrong place for any such shameful, revolting, unnatural, and unlawful purpose.” She then cautioned the young woman, whom she estimated to be about 18 years old, “counseling her against the fearful act which she and her attendant (who she called her cousin) proposed.” It goes without saying that the young lady’s “cousin” didn’t take Dr. Lozier’s refusal very well:

The man becoming quite abusive, instead of appreciating and accepting the counsel in the spirit in which it was offered, Dr. Lozier caused his arrest under the laws of New York for his inhuman proposition, and he was held to bail in a thousand dollars for appearance to court. The laws of New York… define the committing of an abortion resulting in the death of either child or mother to be manslaughter in the second degree.… It was the latter crime that Dr. Lozier was asked to commit.

Upon being interviewed by the various newspapers that reported this episode, Dr. Lozier compared the abusive “gentleman” to a man who asks a doctor to poison his wife. This is precisely the way Anthony and Stanton thought of abortion and why they and their fellow feminists objected so vehemently to the practice. Thus they refused advertisements from purveyors of patent medicines that purported to induce miscarriages. They routinely ran editorials denouncing “foeticide,” a 19th century synonym for “abortion,” which they usually conflated with infanticide. The following excerpt is from “Child Murder”:

The public attention has been much drawn to this frightful subject of late. The disclosures are appalling to the highest degree.… Infanticide is on the increase to an extent inconceivable. Nor is it confined to the cities by any means. Androscoggin County in Maine is largely a rural district, but a recent medical convention unfolded a fearful condition of society in relation to this subject. Dr. Oaks made the remark that, according to the best estimate he could make, there were four hundred murders annually produced by abortion in that county alone.

The italics in the above excerpt are in the original editorial as it was published in March, 1868. You will note that the editors clearly consider the terms “murder,” “infanticide,” and “abortion” to be synonymous. Anthony and Stanton would have regarded as utterly depraved the claim, made by Hillary Clinton in 2016, that unborn children have no rights. How would they respond to the barbaric pro-abortion law recently passed in New York? Probably with disbelief. And what would Susan B. Anthony say about Abby Johnson’s journey from Planned Parenthood naïf to pro-life activist? She would celebrate the unplanned salvation of her soul.