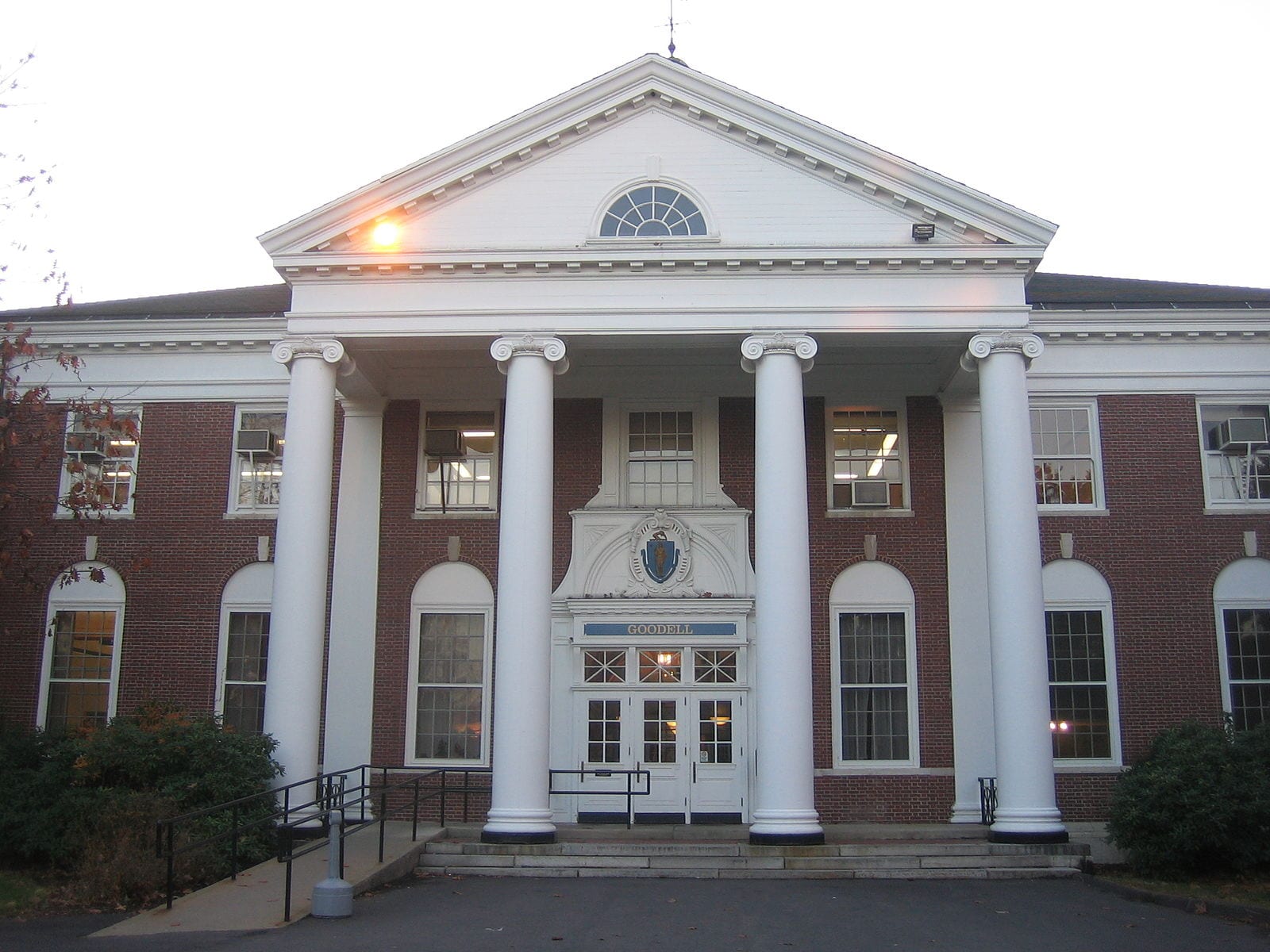 Students at American universities have long experienced public shaming and cyberbullying by their peers. Now their own faculty and administrators are attacking them.

Campus professors, administrators, and graduate student instructors publicly smeared UMass Amherst student Louis Shenker as a dangerous racist and falsely charged him with hate crimes to get him expelled from school, claiming that his “views are not the kind we want to cultivate at the University.”

Louis Shenker wouldn’t win a popularity contest on any progressive campus. He is Jewish, a conservative, an outspoken Zionist, and a staunch supporter of President Donald Trump. Shenker vigorously advocates for his political opinions.

In December 2018, wearing a MAGA cap and carrying a sign supporting President Trump, Louis, a sophomore, attended a UMass Amherst rally organized by radical graduate students to protest racism and white supremacy — and President Trump. A video of the event depicts Louis peacefully attempting to dialogue with hostile students, who mobbed, pushed, and shoved him and blocked him from displaying his sign. They called Louis, grandson of Holocaust victims, a “Nazi” and a “fascist.” Beth Peller, a graduate student who teaches English to undergraduates, snatched his hat (a symbol of white supremacy according to the radical protesters), and screamed, “Get the f**k out of here, you shouldn’t be in an anti-racist march!”

Louis reported the hat-snatching incident to the campus police department, which determined that Louis was the victim of larceny and assault and battery motivated by anti-white and anti-Jewish bias.

The university did nothing to remedy or prevent future interference with Louis’s right to express his views, despite its written commitment to protect his free speech and his right to counter-demonstrate.

On October 13, 2019, two faculty members and an assistant dean exchanged emails formulating a harassment and defamation plan to force Louis to leave the university. In possession of the emails, Louis’s attorneys confirmed that Professor Maryann Barakso wrote, “We need to talk about Louis. He is becoming a major problem…. As you know he is Jewish, so we have to be very careful and smart in how we deal with this problem.” Professor Lauren McCarthy responded, “We’ve dealt with other problem students in the past successfully and you know nobody likes a racist so we can handle it.”

Louis planned to attend and peacefully challenge the anti-Israel speakers at a November 12, 2019, event promoting the boycott, divestment, and sanctions (BDS) movement against Israel. “Many students and members of the UMass community feel deeply upset by the scale, tenor and dogmatic messages of the anti-Israel events,” said UMass Hillel director Rabbi Aaron Fine.

At the program, as Louis put on his “Keep America Great” cap, Beth Peller recognized him as the student whose hat she had taken last year. Louis told her he knew she had stolen his MAGA hat and wanted it back. Believing in confronting anti-Semitism head-on, Louis held a short, peaceful demonstration in the lobby and left.

Beth Peller is a long-time militant activist. She proselytizes her students with stories about her past radical escapades including Occupy Oakland and writing articles from Lebanon defending Hezbollah in its 2006 war against Israel. Peller knows how to work the system. She filed a series of false charges against Louis with the municipal police, alleging that he was a white supremacist who was threatening her. These legal actions were vacated by Louis’s counsel for lack of evidence, but not before Louis spent two nights in jail.

Peller then orchestrated an online petition calling on the university administration to expel the dangerous white supremacist Shenker. Hundreds of professors from across the country, including Cornel West, Judith Butler, Mark Bray, Johnny Williams, and professors from Louis’s own university signed on to this slander.

The petition was published by the Campus Anti-Fascist Network (CAN), an Antifa-associated group founded by Stanford Professor David Palumbo-Liu, a virulently anti-Israel academic, and Purdue Professor William Mullen, who wrote “we need to de-Zionize our campuses.” Mullen claims CAN’s purpose is “to drive racists off campuses.” He asserts that his group includes a large number of students and faculty and has been endorsed by several university departments. CAN was eager to help with the malicious campaign, given that the organization’s goal is to silence anybody with whom it disagrees, especially Trump supporters and conservative speakers.

UMass Amherst ignored Louis’s requests for protection. Fearing for his safety, in light of continued threats, Louis was forced to flee the campus. He was unable to complete his coursework, and the university officially expelled him.

This attack on Louis Shenker by radical UMass faculty and administrators is nothing short of a travesty. “Diversity” and “inclusiveness” are only for those students who think like them. Because they believe that their views are absolute, the only ones “to cultivate” on campus, beliefs only a bigot would question, they felt justified in silencing Louis. And hundreds of academics around the country agreed and supported their strategy to make the price of Shenker’s defiance so high that he would capitulate and others with similar opinions wouldn’t dare to voice them.

This is a cautionary tale, warning us about what is likely happening to other students on other campuses. The Louis Shenker story is a harbinger of dangerous things to come.