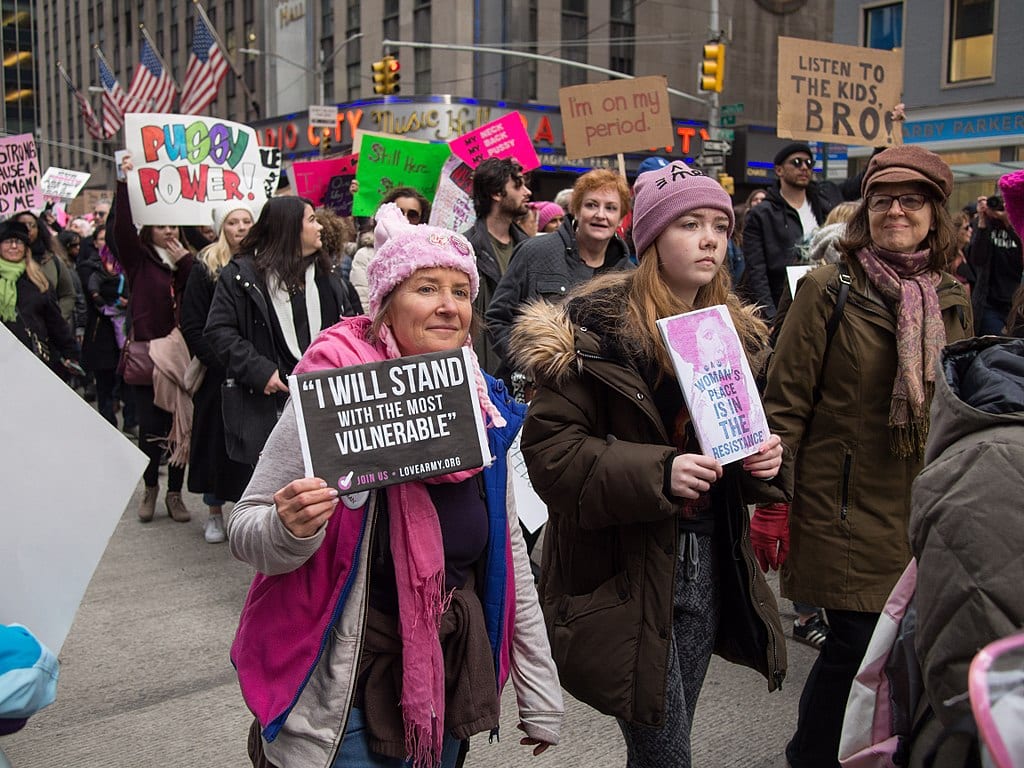 Despite having obtained equal opportunity and the liberty to live like men, many women remain unhappy. Indeed, on the whole women are perhaps unhappier than ever. As Betsey Stevenson and Justin Wolfers put it in their 2009 essay, “The Paradox of Declining Female Happiness,”

And no wonder. The conflicting demands of work and of marriage and children have made for a very difficult situation for women to negotiate. Feminism promised them the world, both domestic life and career satisfaction, as if the two were obviously compatible. But feminism has proven to be an immense disappointment. The assumption was that the workplace would be an improvement on women’s traditional domestic role. Making money and worldly standing would provide superior value to that found through husbands and children. Whether this belief was sensible may be determined by answering two simple questions: Is what happens at the workplace really more important and more gratifying than what happens in the home? Are co-workers and bosses more meaningful to us than loved ones?

No matter what you answer, it is clear from their behavior that competing with men in the workplace has not made contemporary women happier than women were in the past. Nor should this surprise us. After all, it is not as if most of the jobs men have had in history were so very enviable. They were generally modest, done so that men could provide for their wives and children. Since women have joined the workforce, moreover, it has become a lot harder for them to raise children and have satisfying relationships. For a woman is pulled in one direction and another. There is no end to her commitments, and never enough time in the day. Then too, where she once needed a man to be a provider, she now has her own money, and if need be, government resources. With the new independence comes the inevitable devaluing of the opposite sex. Should she have a husband in her freedom? Why not just an endless series of partners, like the kids on Tinder? Well, she can if she wants to.

Behold the dizzying condition. Where a woman’s life used to be determined by certain moral cultural conventions (some of them upheld by shame, a sense of which hardly exists today) and the social class she was born into, she is now utterly free. If she wishes to be, or remain, with a man, then she must make a decision to do so or not, and look, how many men there are, and their interest, ah, it is incessant! It is all quite overwhelming, and quite lonely. For, like men, women find that where there used to be a script to follow from dating to marriage, relationships are now reduced to egoistic calculations, and may be broken at any moment according to any whim. Divorce accordingly abounds, with 7 out of 10 of them tellingly filed by women. The prevailing selfishness, which is so all-encompassing that many cannot even perceive it, since it is all they have ever known, is also why for so many women the abortion issue means nothing but “the right to choose.” To the new strong and independent woman, it is simply unthinkable that a baby or a man could have any binding claim on her.

When it comes to value, there is for a growing number of men and women no frame of reference or justification other than what the self wants. The terrible problem with this perspective is that the self is inconstant, so that the very act of depending on another person is dangerous indeed. What is more, compromise is virtually impossible since people don’t even know what it is to do so. Men and women have deep needs, psychological and emotional, that thereby go unmet. Finally, since human nature is forever unsatisfied, and the imagination inexhaustible in the delusive scenarios it creates, many a woman is perpetually looking to trade up, like a 747 that never gets off the ground. For this reason, too, women’s sought-for freedom frequently ends in loneliness.

The changes that have happened to Western culture since feminism and the sexual revolution have produced a large number of women in search of a value system that will explain their anxiety and despair. It is now the function of feminism, for all its errors, lies, and simplifications, to provide this explanation, and furthermore, as regards the so-called patriarchy, to give righteous vent to the will to punish that is so significant to the sufferer. And indeed, this works. For that’s the thing about a value system. It does not have to be true, or good, or wise. All it has to do is to give people what they believe they need.

In January, hundreds of thousands of women in America and around the world protested “gender inequality.” That the wage gap myth, like the rape culture myth, has been debunked time and time again did not prevent the symbolic affair. The show went on because women are unhappy, and what drives them is the psychological need to address that unhappiness. In feminism, they think they have found both an explanation and a solution. In truth, feminism is the causal source of women’s sad condition. Nevertheless, the mind is essentially functional in character: more important than truth itself is the belief that you know the truth. Feminists, indeed, have their truth, which, alas, is also their woe, nor are they aware of that.

Feminism is really a kind of status envy, which desperately tries to compensate for the deep loss of value mankind has suffered since the decline of religion, the family, culture, and work. Feminism therefore deceives women into thinking that they need to be the same as men: if they are not as accomplished as men in the workplace, then they are not “equal.” Since, moreover, equality of outcome is a kind of religious dogma, it follows that lack of gender parity signifies sexism by definition. But men and women having, as research shows, different aptitudes and interests, the elysian goal is never achieved. Rather, in a palpable injustice, more and more women get jobs because they are women. And so, as Heather Mac Donald has deftly shown in her “#MedicorityToo,” the culture shall likely be leveled down even more.

Though it purports to value diversity, feminism seeks to make the sexes quite literally the same, since otherwise any difference may allow for the terrible value judgments (better or worse than with respect to this or that) which its fragile sensibility cannot abide. In truth, of course, equality (in the sense of fairness) and mere sameness are very different things. Nor is status life’s highest good. That men dominate the Google corporation is in itself value neutral. Yet in order to understand how people perceive the external world when it comes to value, we must understand how they work internally. And women, we find, are now so unhappy — since they vainly assumed that the workplace would make them happier than domestic life — that they are anxiously motivated to read value judgments into value neutral data.

Let us endeavor to see better. Let us recall what the ancients knew and which has been lost: that real freedom and well-being are found in being what you are, in living in accord with your nature, whether or not you are like or the same as the opposite sex, or esteemed by other people. To be sure, this is a matter of principle and of self-reliance: you must have the will to not live an inauthentic life, and the resolve to not care what others think about you. Feminism purports to liberate women — as though the good team member’s can-do attitude is a more satisfying thing than the nurturing of children! — while in fact it does the opposite. If women want to live well, they should understand the true character of feminism. Then they will know what really merits their resistance.

Christopher DeGroot — essayist, poet, aphorist, and satirist — is a writer from Philadelphia, Pennsylvania. You can follow him at @CEGrotius.