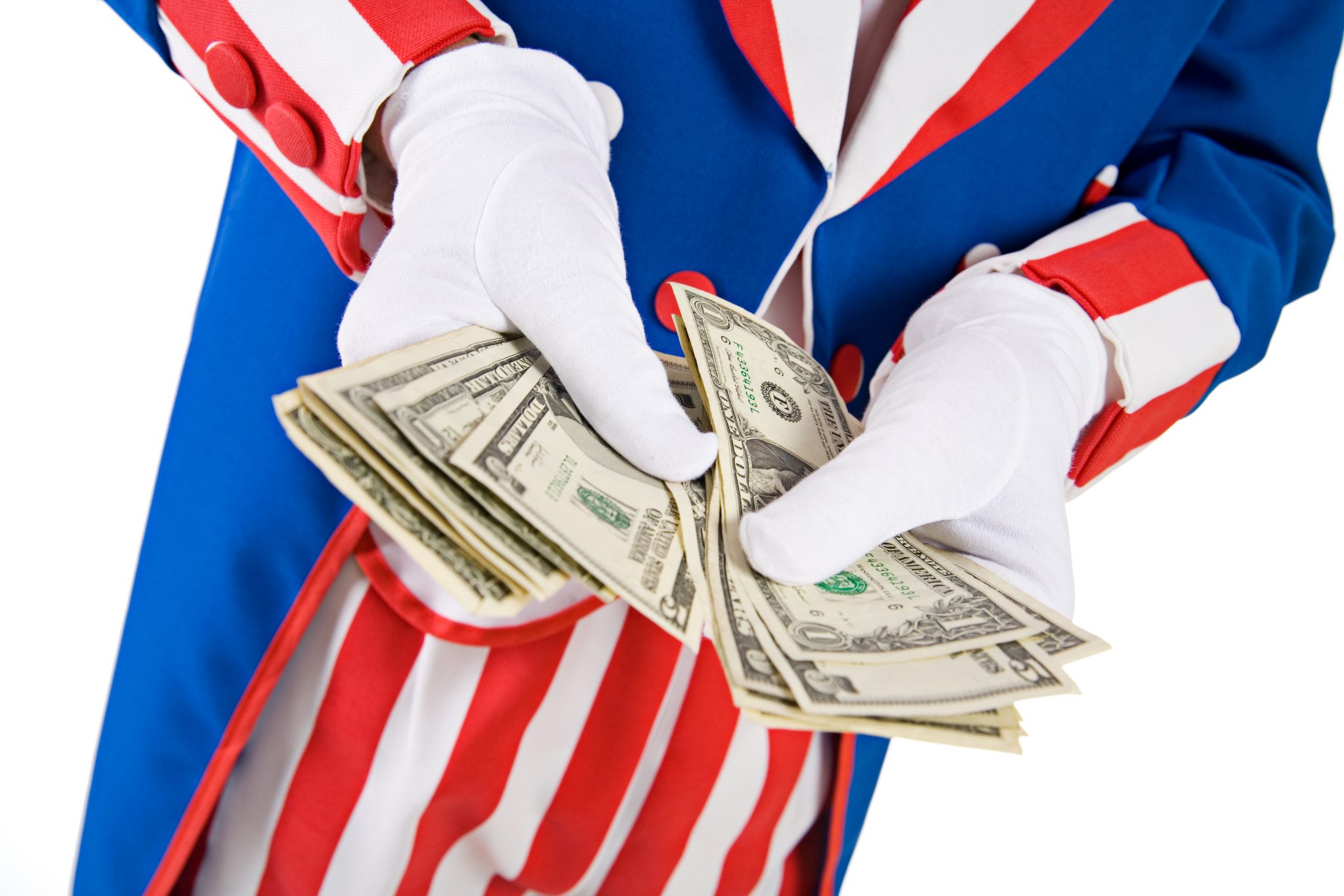 My fellow taxpayers, this is your quarterly warning that Uncle Sam is not a good steward of your money. The Congressional Budget Office (CBO) just released its most recent 10-year projections for federal spending and revenues. The picture is not pretty.

A quick overview: This fiscal year, 2020, the federal government will collect $3.6 trillion in tax revenues. But due to its spending addiction, the government will expend $4.6 trillion. This means that the government will have to borrow $1 trillion this year alone, in order to cover a deficit of 4.6 percent of GDP. This is the first trillion-dollar deficit not due to a global recession.

The money to fund the deficit comes from individual and institutional investors, both domestic and foreign. And for all the anti-China rhetoric out there, it’s worth remembering that China is the second largest foreign investor in our federal debt, right behind Japan. I guess that’s one Chinese import the Trump administration doesn’t seem to mind.

According to the CBO, this enormous overspending will continue and expand over the next decade, from 21% of GDP to 23.4%. Revenue as a share of GDP is projected to grow from its current 16.4% level to 18% in 2030, or $5.75 trillion. But that’s not enough to cover the $7.5 trillion the federal government will spend then, hence a projected budget deficit of $1.74 trillion.

Because deficits accumulate, it’s not surprising that our debt is growing. Debt held by the public will rise from 81% of GDP today to above 98% by 2030 — from $17.2 trillion today to $31.4 trillion then. When you add in the debt that Uncle Sam owes to other accounts within the government, like Social Security, you get a much bigger number.

All of the above, of course, assumes that the law as written today won’t change. The CBO scores our budget outlook on the assumption that existing legislative provisions persist. But everyone knows that some things will change. Congress will evade rules meant to limit spending, and — as always — it will indulge in a bipartisan spending binge while refusing to let popular tax cuts expire.

This, in part, explains why deficits in this report are $160 billion higher though 2029 than in the CBO’s prior estimates. As the Committee for a Responsible Federal Budget explains in recent commentary about the CBO report, “The largest contributor to the projected increase is the appropriations package enacted in December, which included a permanent repeal of taxes enacted to finance the Affordable Care Act and the revival of various zombie extenders. That package added $500 billion to deficits through 2029, with interest.”

This time will be no different. There will be more spending and less revenue than projected. For instance, even if Congress is entirely under the control of Democrats, nobody really believes that they will let all of the middle-class tax cuts expire as planned in 2025. I would not be surprised if the Democrats even manage to extract some spending increases for low-income Americans from the Republicans in exchange for extending these tax provisions. Also, given an opportunity to adopt another bipartisan spending package that adds hundreds of billions of dollars to the deficits, politicians on both sides of the aisle will shamelessly expose their spending addiction.

Then, of course, depending on the president’s erratic behavior on trade, the effects of the trade war could have an even worse impact on the budget than currently projected. According to the CBO, the tariffs imposed over the past two years will reduce GDP in 2020 by 0.5 percent (or more than $100 billion) and “reduce average real household income by $1,277.” The administration is happy to brag about the additional revenue collected from the tariffs, but there is a negative side to these import taxes, too.

Thankfully, the economy is doing well for now. This good performance is masking many of the ill effects, not just of the trade war but also of our overall fiscal situation. The reality, however, is that a growing economy during a time of peace should not be accompanied by growing deficits.