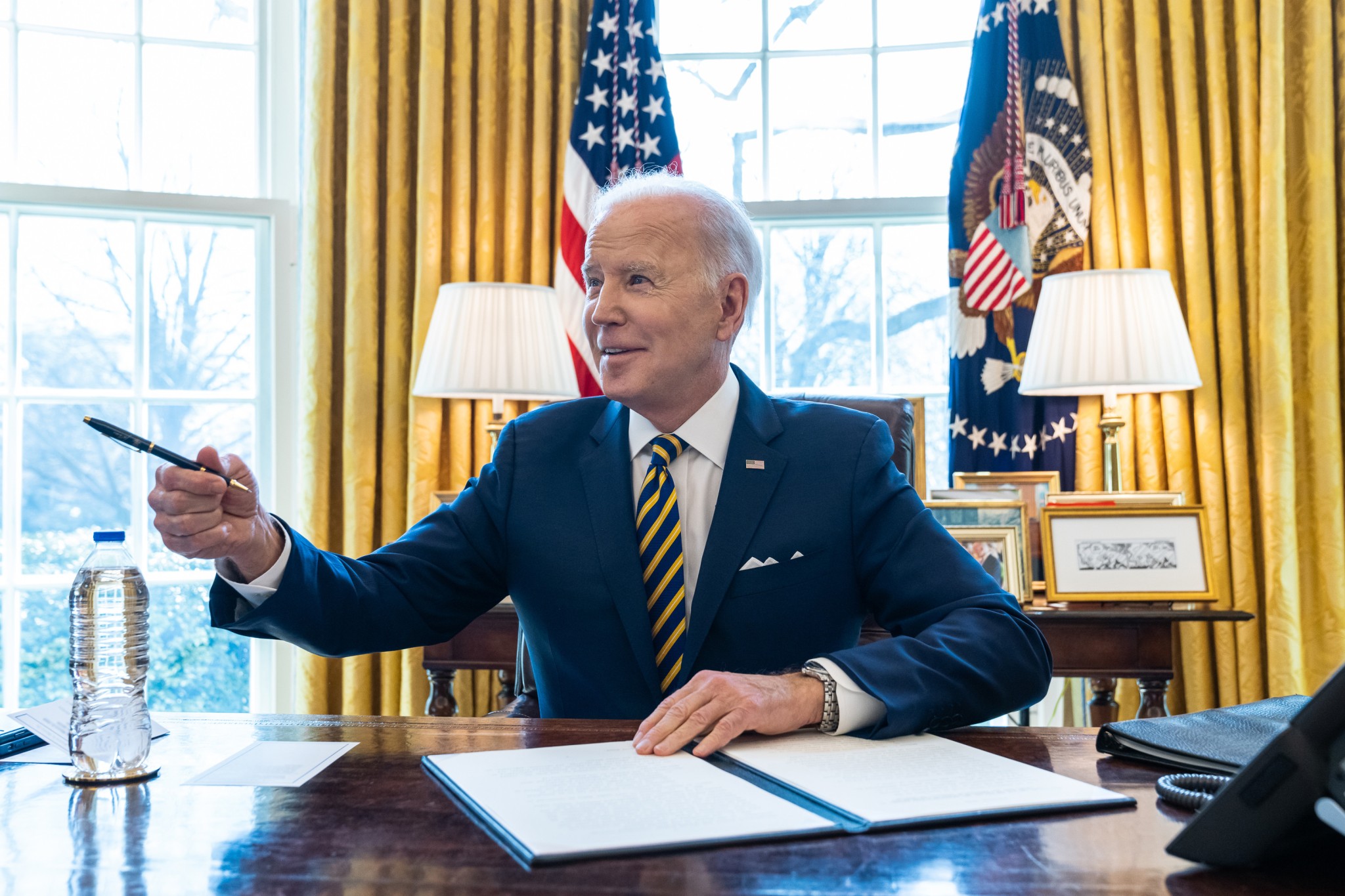 Remember Anita Dunn? You might have heard the name once or twice.

The legacy corporate media, particularly on the East Coast, has here and there delivered puff pieces touting Dunn as an expert message-maker and political brain. She, in her role as a publicity generator, probably planted those. Her firm SKD Knickerbocker is known as one of the more expensive PR and publicity firms in New York.

That would indicate Anita Dunn is good at her job. But don’t be quite so sure about that.

When that video surfaced at the beginning of the Obama administration, Dunn was quietly packed off from her government job and she set out on her private-sector course. It turns out that you can go quite far as a Maoist in today’s Democrat Party, but not if the general public is made aware of it.

It scares the fish away.

So Anita Dunn’s greatest failing as a message-maker came from telling too much truth.

Perhaps she’s learned from that, but either way, the smoking ruins of Team Obama, which now exists as Team Biden, have brought Anita Dunn back for another colossal PR gaffe. It turns out that Dunn was the architect of the classic blunder in which Joe Biden was trotted out to assail Donald Trump, and the new wave of confrontational conservative (or revivalist, as I continue to put it) political candidates plying their trade in races across the country as Republicans prepare to retake majorities on Capitol Hill, as “Ultra-MAGA” extremists.

President Joe Biden’s “ultra-MAGA” label was the result of a six-month research investigation led by top Democratic operatives searching for an edge in the November elections, according to a new report.

A reference to former President Donald Trump’s “Make America Great Again” campaign slogan, Biden coined the term in a speech last week to describe the GOP agenda and what he said are extreme positions from congressional and down-ballot Republicans. The president has repeated it in remarks at the White House and stump-style speeches across the country. On Tuesday, Biden’s press secretary described it as “the president’s phrase,” adding the “ultra” epithet for “a little extra pop.”

Of course, when former Press Secretary Psaki attributed the “ultra-MAGA” stuff to Biden, absolutely no one believed it. Joe Biden isn’t capable of coining a phrase. He never was. In his political prime, he was most famous for stealing phrases from more intelligent men like Neil Kinnock and Robert F. Kennedy. When Biden tried saying something original, what resulted was horrific gaffes.

Calling Barack Obama “clean” and “articulate,” with the obvious implication that most blacks are not.

The “Dunkin’ Donuts” gaffe, which should have completely ended his political career.

Nah. When Joe Biden starts calling Donald Trump the “MAGA King” and his supporters “Ultra-MAGA,” you can bet that’s something his handlers gave to him.

But the origins of the attack go back further.

For six months, Democratic messaging guru Anita Dunn and the Center for American Progress Action Fund oversaw an effort to discern Republicans’ weak spot, according to the Washington Post. Dunn, a longtime Biden adviser, returned in May to the White House in a senior adviser role — the third time since the start of the president’s term.

“MAGA,” the group’s surveys and focus groups found, stood out in battleground areas for its negative ties.

Who knows how much money Dunn got paid to come up with an epithet so lame that the Right still can’t stop laughing in derision at it.

But the slogan, intended to malign Republicans by tying their agenda to Trump, has instead ricocheted back as many on the Right embrace the new moniker.

That includes the former president, who “absolutely loved” Biden’s reference to “my predecessor, the great MAGA king” during a Chicago union hall speech this week and mocked Biden and Democrats privately for failing to understand how to sell a political message, a source briefed on Trump’s thinking told the Washington Post.

On Wednesday, his Save America PAC sent out fundraising calls featuring merchandise emblazoned with Trump as a MAGA Superman and embracing “ultra-MAGA” as a rallying cry.

“If loving your Country and wanting to put AMERICA FIRST makes you ULTRA MAGA, then yes. WE ARE ULTRA MAGA,” reads an email.

It has also been co-opted by pro-Trump groups. An email Friday from Great America PAC asked supporters to answer “just one question”: “Are you ULTRA-MAGA?”

When you attack your enemies and their response is to laugh at you and use your attacks as a badge of honor, your attacks have not succeeded.

I could go on about what an abject PR failure this is, but our readers already know all of that. I could also note the lazy and obvious Alinskyite tactics being employed here; all this “ultra-MAGA” stuff is an attempt to personalize/polarize Donald Trump as the focus of a political opposition which now approaches 60 percent of the voting populace, when in fact what’s being called the MAGA movement was alive and growing before Trump and will continue to thrive even after he’s done with politics.

Instead, I’ll note that Team Biden and the Democrat Party think that Anita Dunn is the smartest consultant they’ve got, or at least one of them. On Monday, the DNC doubled down on the “ultra-MAGA” stupidity even while the nation was laughing at them. From a press release…

This weekend, after a draft opinion from conservative Supreme Court justices revealed their intent to overturn Roe v. Wade, people across the country mobilized for “Bans Off Our Bodies” rallies and marches as part of a nationwide day of action calling out Republicans’ radical, anti-choice agenda and highlighting what’s at stake this November.

In states across the country, Republicans have shown they wouldn’t stop at Roe—GOP officials are now pushing for proposals that could jail doctors and threaten access to contraceptives. Senate Majority leader Mitch McConnell has even said a federal abortion ban is “possible” if Republicans take power. That’s why advocates, constituents, and Democratic leaders made their voices heard this weekend to rally against the GOP’s extreme agenda.

As though there’s something novel or Trumpian about pro-life advocacy within the Republican Party. It’s obvious the memo went out that everything must be labeled “ultra-MAGA” in order to comply with the diktat from on high.

This is how the Democrats believe they can solve their “messaging problem,” as Biden’s approval rating sinks again following a small dead-cat bounce. People don’t care what you call your opponents when your policies are so stupid that you’re bragging about inflation being “only” 8.3 percent after you’ve created shortages of gasoline, microchips, and baby formula.

The underlying point here is something I’ve said before: the modern Democrat Party is a political organization by and for people incapable of doing a proper job at honest work. It’s the political arm of the modern Left which is openly hostile to basic competence — a repulsion so complete that it attempts to teach captive employees in corporate HR workshops (not to mention schoolchildren) that competence is a creation of the white patriarchy.

What do you get from such a movement? Well, you get an open hostility to personal success. You get “you didn’t build that.” You get glorifications of street criminals like George Floyd. You get, well, Gay Mayor Pete.

And you get people like Anita Dunn getting paid top dollar to come up with dumb messaging like calling conservatives “ultra-MAGA” for doing and saying things many Americans agree with.

Three-quarters of the American people now think  the country is on the wrong track. That tells you it’s probably better to be the MAGA King than the Potato King.

Or his minions. Even the well-paid Maoist ones like Anita Dunn.