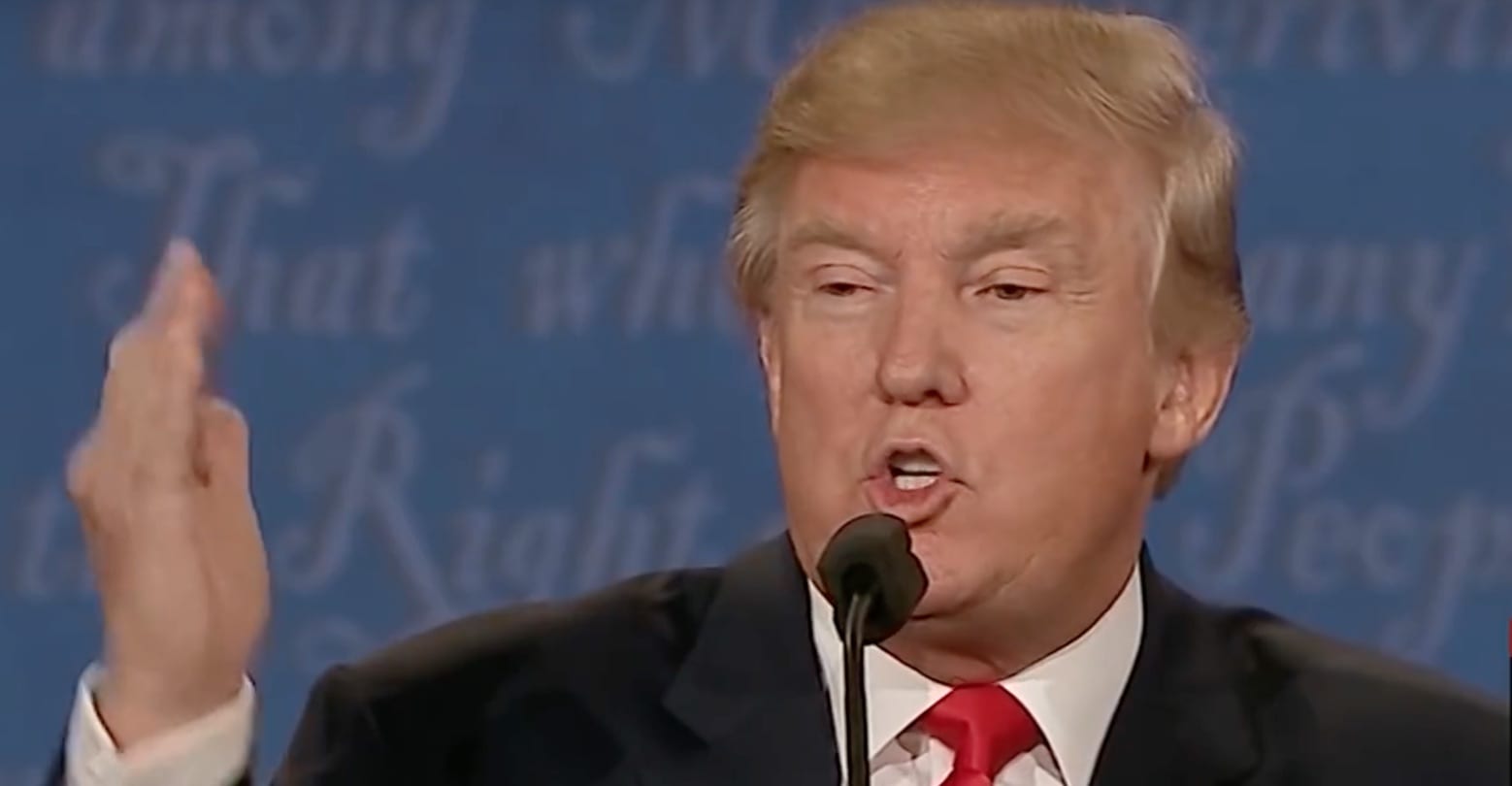 Much of my time is spent criticizing politicians for misrepresenting the impact of their policies. So, for once, I’d actually like to note an area where the Trump White House has represented the impact of its policies more accurately, and even better, than any other administration: economic growth forecasts. It may not sound like much, and I’d rather they balance the budget, but that’s a start.

The Congressional Budget and Impoundment Control Act of 1974 requires that each administration report “the economic and programmatic assumptions” underlying a budget. The result is a database of every administration’s growth forecasts released since 1975. Using this data, the Council of Economic Advisers (CEA) just released a report showing that this administration “is the first on record to have experienced economic growth that meets or exceeds its own forecasts in each of its first two years in office.”

The report displays two charts that span the Carter administration through the Trump administration. One chart shows the first year in office, the other the second year, and each show what the administration forecasted growth to be versus what was achieved.

For both years, the Trump administration’s actual growth was equal or slightly higher than the projected growth rates. While it forecasted growth of 2.3 percent during Trump’s first year in office, it reached 2.5 percent. In the second year, its projection of 3.1 percent was equal to actual growth.

The Trump administration’s accuracy is an interesting anomaly. CEA acknowledges, “Forecasting macroeconomic growth is never an exact science.” This is true, regardless of which public entities published the forecast. It’s also generally true, regardless of the country. Back in 2011, Harvard economist Jeffrey Frankel published a National Bureau of Economic Research paper on the unreliability of economic forecasting. Frankel looked at data from 33 countries and found a systematic bias toward overly optimistic official forecasts for gross domestic product and budget balances.

Overly optimistic assumptions for economic growth lead to over-optimism in budget estimates. Frankel suggests that the “average upward bias in the official forecast of the budget balance, relative to the realized balance, is 0.2 percent of GDP at the one-year horizon, 0.8 percent at the two-year horizon, and 1.5 percent at the three-year horizon.” However, Frankel notes the United States tends to be even more overly optimistic than other countries: “The U.S. and UK forecasts have substantial positive biases around 3 percent of GDP at the three-year horizon (approximately equal to their actual deficit on average; in other words, on average they repeatedly forecast a disappearance of their deficits that never came).”

Unsurprisingly, optimism bias is more pronounced during boom times, or times of economic prosperity. Yet Frankel found that optimism also persists during busts: “Evidently official forecasters… over-estimate the permanence of the booms and the transitoriness of the busts.”

While the Obama administration got tripped up by how long the burst lasted, the Trump administration could get cocky about the longevity of the boom. His latest budget projects 10 straight years of 3 percent real growth, but if this forecast fails to materialize, it will make the budget deficits and debt levels worse than projected.

Interestingly, the CEA report adopts a posture of humility by not taking too much credit for the forecasting performance of the administration’s first two years, noting, “Forecasts today could perform better than forecasts in the past, for instance, due to improvements over time in the economics literature. The data seem consistent with at least this pattern: this Administration, as the figures in aggregate show, is the first on record to have experienced economic growth that meets or exceeds its own forecasts in each of its first two years in office.”

I suspect this humility will serve the administration well, as we advance through this president’s term and future forecasts.