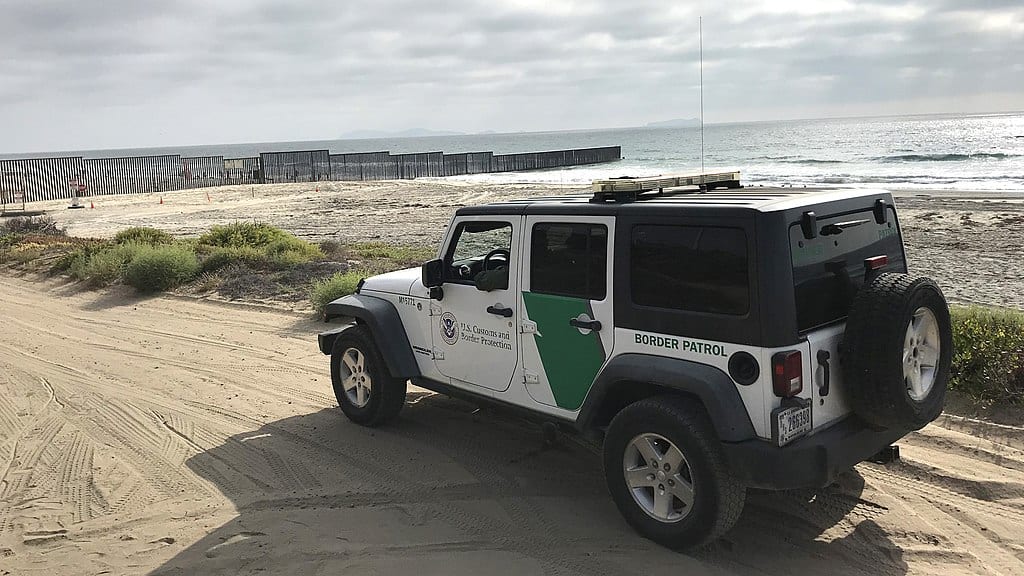 President Trump is putting the economic screws to Mexico to control the flood of Central American migrants storming our southern border. Unlike prior presidents, Trump is driving a hard bargain. Exports are Mexico’s economic lifeblood. A staggering 81% of those exports go to the U.S. That’s why Trump’s threat to close the border — even for short time — gets results. Shutting the border shuts down Mexico. Period.

No wonder Mexico’s incoming president, Andres Manuel Lopez Obrador, seems open to a “Remain in Mexico” deal that will make his country the waiting room for migrants applying for asylum in the U.S. In another sign of cooperation with Trump, Mexican immigration officials rapidly deported 98 migrants who tried forcing their way into the U.S. on Sunday.

Under “Remain in Mexico,” asylum-seekers would be held south of the border. Because they won’t step foot on American soil, they won’t have a “right” to public schooling, emergency healthcare, and other costly American guarantees. Good news for taxpayers.

Making Mexico the waiting room is one part of Trump’s plan. Trump also announced on November 9 that only migrants presenting themselves at official border entrances — not those sneaking in — could apply for asylum. Trump’s trying to solve the catch-and-release problem. Migrants caught crossing illegally simply have to say the word “asylum” to border agents, and voila, they’re released. They disappear into the U.S. and half never actually file for asylum or show up for a hearing. They’re turning asylum into a farce.

Unfortunately, a federal judge in San Francisco, Judge Jon S. Tigar, put a temporary hold on Trump’s policy. In a laughable decision likely to be overturned, Judge Tigar said Honduran and Guatemalan migrants miles south of the U.S. border can sue the president of the United States, via an American third party, challenging his policy and asserting a right to enter the U.S. illegally. Sure, and pigs can fly.

Judge Tigar’s ruling prompted a spat between Trump and Chief Justice John Roberts, who chastised the president for calling Tigar an “Obama judge.” Roberts is right about judicial independence, but he sure picked the wrong poster boy for it. Judge Tigar is an activist with a history of outlandish decisions, including compelling taxpayers to foot the bill for sex reassignment surgery for prison inmates.

Despite the spat, the Chief Justice is squarely on Trump’s side, not Tigar’s, when it comes to the president’s authority over immigration. In June, Roberts ruled that federal immigration law “exudes deference to the president in every clause.”

Still, get ready for more legal obstruction. The American Civil Liberties Union plans to sue over any “Remain in Mexico” deal, arguing that leaving migrants “stranded in Mexico would inevitably put people in danger.”

What about endangering American interests? The ACLU is mum about how schools and social services are strained when illegal immigrant families flood American towns.

Just ask Europeans about uncontrolled migration. The public there is outraged over the 1.8 million refugees from North Africa and the Middle East who have overwhelmed Europe since 2014. European leaders are belatedly barring the door. They’re pushing for the very same remedy Trump is negotiating with Mexico — keeping the migrants waiting in distant North African facilities while their applications are processed.

Even Hillary Clinton acknowledges that “Europe needs to get a handle on migration because that is what lit the flame” of populism. That’s a stunning admission that open border policies are a failure.

She ought to have the courage to deliver that message to Democrats here, starting with Rep. Elijah Cummings of Maryland, chairman-to-be of the House Oversight Committee. Cummings is adamant the caravan migrants “should be allowed to come in, seek asylum” even if they’ve crossed the border illegally. He vows to torpedo Trump’s “Remain in Mexico” plan, insisting the current situation on the southern border “has worked for a long time.”

Worked? Maybe for pandering Democratic politicians, but not for the nation.