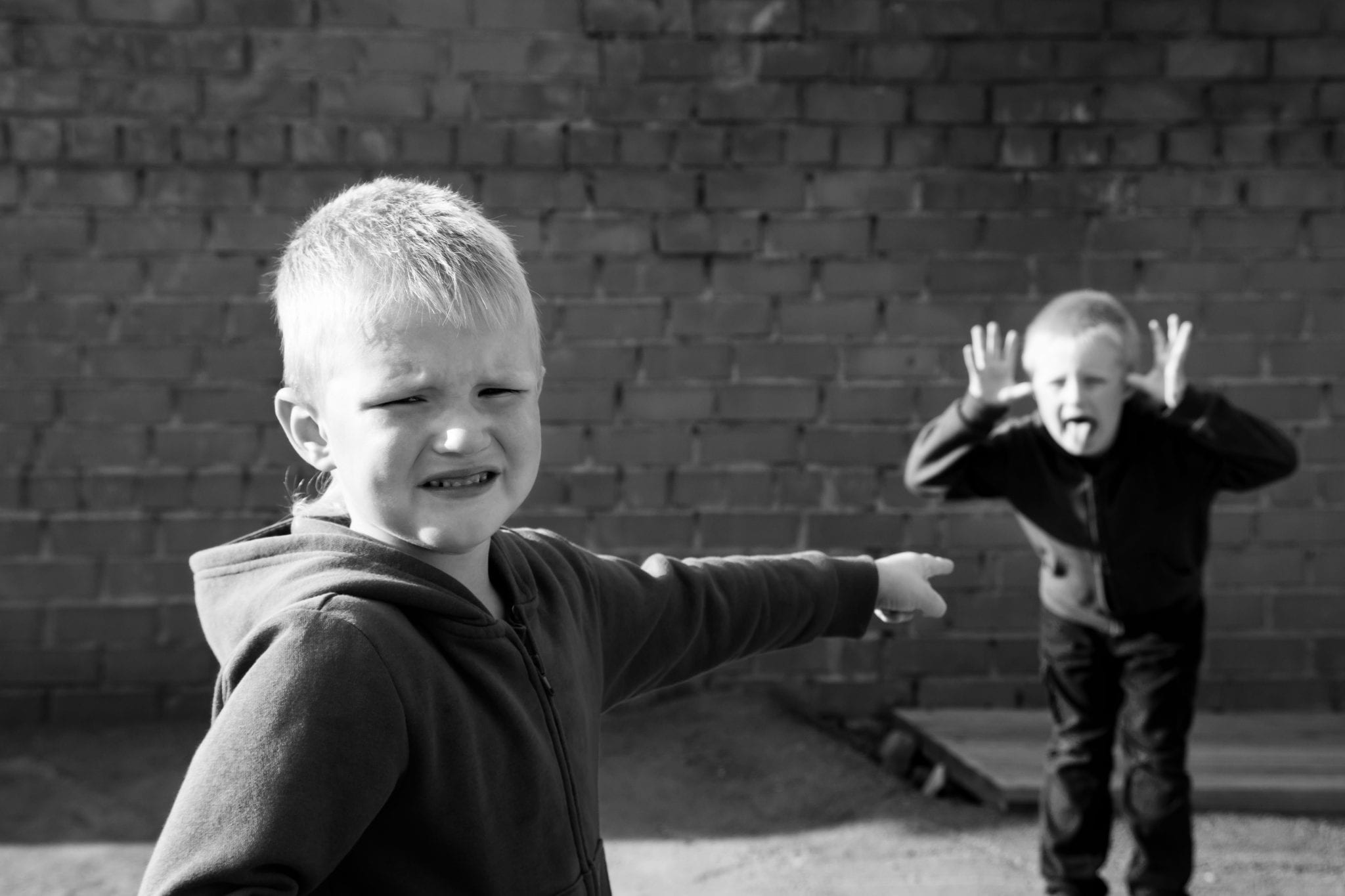 This may seem to be a sexist column, but necessarily so. It’s my first essay without allusions to Watergate, which may come as a relief to some. It also contains a sports analogy. See what you think.

My only sibling is a brother who is one year older. As boys will do, we fought a lot when growing up. Being younger, smaller, and somewhat timid, I was invariably the loser of these frequent battles. Who started them didn’t matter because punishment was meted out equally: losing “privileges,” spending time in the corner, being dispatched to one’s room, and (if Dad got involved) occasional spankings. The important thing was stopping the squabbling.

I longed for “justice” (which may be why I became a lawyer) and distinctly remember promising myself that when my turn came to raise a family, I’d ascertain just who was at fault for starting a particular ruckus — and punish accordingly. You can guess the rest. My wife of 46 years and I have two sons. As boys will do, they roughhoused a whole lot when growing up. In the beginning, I really tried to figure out just who started it, but I quickly learned that it was an impossible task. It’s not like there were witnesses testifying under oath and rules of evidence, as in a court of law! Each son would blame the other, with their stories getting worse in each retelling. I ended up, just as my parents had, putting an immediate end to the ruckus and then punishing equally, without regard to relative fault.

A somewhat similar situation can occur in sports, particularly football. Some player throws a punch after the play, but the referees don’t see it. What they do see is the opposing player’s reaction to the punch, and the second player gets the penalty.

This parental inclination to “punish equally for a ruckus, regardless of fault” and the referee tendency to assume a fight started when they first noticed it pose a substantial risk to President Trump’s reelection. Here’s why: we have had nonstop political chaos since Trump’s surprise election victory. It seems like every week brings a new political crisis, dominating newspaper headlines and leading the evening news. Political websites are forced to change their leads three and four times a day, just to keep up with developments. It’s all very unsettling.

I happen to blame the Democrats, who remain extraordinarily bitter about their 2016 loss. From demanding recounts, lobbying electors to violate their oaths, and arguing to end the Electoral College to allegations of Logan Act and emolument clause violations, there has been an unending string of all-out efforts to invalidate or delegitimize Trump’s 2016 election. Now, after disastrously losing a two-year bet on Mueller finding any evidence Russian collusion, the current focus is on Ukraine — and the stakes have been upped to impeachment.

What I find most telling is that, almost inevitably, these are Democrat-launched initiatives. Trump himself almost never seems to have started a particular fight; he’s really the initial victim. But it’s his refusal to let these slights go past without responding that leads to the ruckus itself — and to the saturated and glorious news coverage. Given Trump’s target-rich status, this is hardly surprising. But like parents faced with squabbling children or referees with aggressive players, the focus becomes one of stopping the ruckus rather than determining just who started it.

But my own views are not what’s going to be determinative in the next election, since I’m not a swing voter. (I also cannot fix the problem of blind referees, who persist in calling improper penalties against my favorite teams.) It’s the white suburban women, the ones who live in the collar counties around many major cities, that I’m concerned about. They constitute a very substantial bloc of swing voters.

We live in one of the four of these around Philadelphia (Delaware, Chester, Montgomery, and Bucks). I can tell you from personal experience that, of the couples with whom we associate, the males may not be happy about the current political turmoil, but they aren’t about to be stampeded into supporting a progressive in the general election just to end the political free-for-all. Not so many of the women, at least as they tell me. They seem to be so worn down with the daily barrage of attacks and counterattacks that they appear willing to vote for peace at any price.

It’s almost as though they have imagined an unspoken offer from the Democrats: Should Trump no longer be in office, by whatever means necessary (impeachment now or defeat next November), then things will calm down and return to normal. “We offer you peace in our time, so we can begin to address other important issues. If, on the other hand, Trump remains in office, you can count on an endless progression of hysterical hissy fits for the next four years,” is the offer women seem to be hearing.

This may not be an easy choice for those with maternal instincts.

It does no good to suggest that what is meant by this is that, if the only way of ending the ruckus is to vote them into office, then we are being asked to cede control of our nation under the threat of continued disruption. These are not “injustices” that can be addressed through political compromise. They are non-negotiable demands for political power. The Democrat Party has moved so far to the left that, if Democrats ever regain control, they plan a total remaking of America. In short, they’re not offering a return to normalcy; they are committed to bringing about a wholly different way of life. Continued chaos may be the necessary price to pay to prevent this, at least at the current time.

I have found that such arguments are not persuasive to some women, many of whom are disinclined to talk politics in any event. I don’t blame them, but on those rare occasions when we do get into such discussions, I’m typically met with the response that “I just want the upsets to stop, the anger to go away, and people to get along.”

Unfortunately, this is the one thing that Trump cannot offer. That’s why I spend most of my time encouraging their spouses to “hold fast,” even if their wives may not.

Geoff Shepard came to Washington, D.C. as a White House Fellow right after graduation from Harvard Law School and spent five years on Nixon’s White House staff, including being deputy counsel on his Watergate defense team. See more on his website: www.geoffshepard.com.