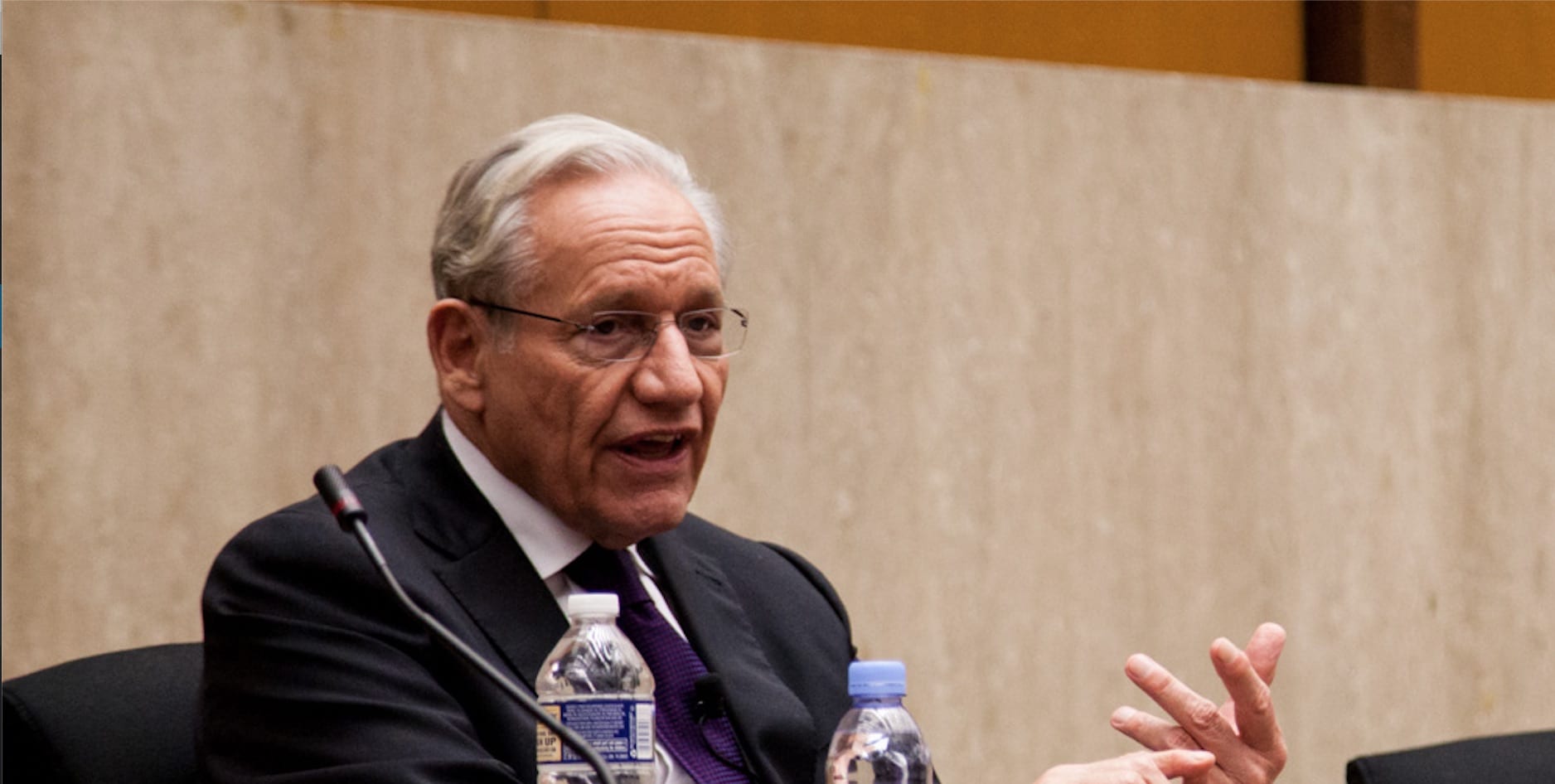 I cannot wait to learn more about the identity and motives of the secret whistleblower who figures so prominently in stories of Trump’s phone call with the newly elected Ukrainian president. The narrative that began a month ago, as an insider’s accusation of Trump’s threat to cut off U.S. military aid unless investigations were launched into his expected opponent Joe Biden, has evolved considerably.

It now appears — in spite of initial denials — that the whistleblower consulted with House Intelligence Committee (HIC) staff before filing his complaint — and was advised immediately to obtain counsel. Somehow, the chosen counsel was part of a whistleblower search organization, whose staff had previously worked with HIC chairman Adam Schiff (D-Calif.). While the whistleblower’s complaint was based entirely on secondhand hearsay — which was explicitly precluded under existing reporting rules — those rules were changed after the complaint’s receipt so as to do away with the requirement of firsthand knowledge.

What began as an admission that the whistleblower worked for the CIA and was a registered Democrat was accompanied by the absolute assurance that he was not an active partisan and had not worked in any current presidential campaign. That assurance now seems to be evolving into a situation in which the whistleblower had been assigned to the National Security Council, where he worked with former Vice President Biden — and may even have traveled with him on one or more trips to Ukraine.

Words are being chosen quite carefully, and the truth seems more and more elusive, as Republican HIC members continue to be kept in the dark. One is reminded of Lewis Carroll’s Alice in Wonderland, in which Alice exclaims, “Curiouser and curiouser!”

While the mainstream media continues to provide breathless coverage as events unfold, they evidence a strong disinclination to ferret out more information regarding the whistleblower’s actual identity or motives in coming forward — almost relishing the idea that HIC hearings can feature his testimony (whether he is actually present or not) without his identity ever becoming known.

The obvious parallel is to “Deep Throat,” Woodward and Bernstein’s alleged secret source for many of their Watergate revelations, whose identity remained not only secret but also an integral part of Georgetown cocktail conversation for the next 30 years.

For those not living through the halcyon days of Watergate, Bob Woodward and Carl Bernstein became famous for their series of revelations regarding the status of prosecutors’ ongoing Watergate investigations, but it was not until their 1974 book, All the President’s Men, that they credited a secret source they claimed to have referred to as “Deep Throat,” after a popular pornographic movie character. The more recent backstory is that their publisher at Simon & Schuster had encouraged them to add more drama to their proposed book, which is how the term first came into being. In short, Deep Throat was not a term used in print or even newsroom discussions before it first appeared in their book — as their calculatedly mysterious source.

Regardless, speculation about just who Deep Throat might be was a dominant feature of Washington gossip for the ensuing decades. Possible candidates were inevitably confined to those who had served on President Nixon’s White House staff, including his Chief of Staff Alexander Haig, one of his many lawyers (John Dean, Fred Fielding, Len Garment, or Fred Buzhardt), one of his speechwriters (Bill Safire, David Gergen, or Ben Stein), or one of other young White House aides (including Diane Sawyer, Jonathan Rose, or Jeff Donfeld). Even Henry Kissinger’s name occasionally surfaced in the unending speculation.

The common theme was that Deep Throat had become so disgusted with Nixon’s conduct that the need to reveal the wrongdoing far outweighed any idea of loyalty to the president. This was in spite of the fact that my boss and Nixon’s lead Watergate defense counsel thought at the time that the leaks were coming from Mark Felt at the FBI. This belief was accompanied by the recognition that we weren’t in a position to do much about it, since pressuring Felt might result in even more leaks. In fact, there is a humorous conversation on the White House tapes in which Haig suggests to Nixon that Felt is the one doing the leaking — and characterizes him as “the white rat.” Haig goes on to explain that’s what Felt is called behind his back at the Bureau: He has a long face and a rather sallow complexion. “Well, Mr. President, he looks like a rat,” is how Haig finally sums it up.

For decades afterwards, when I would mention that I had worked on Nixon’s White House staff, people would inevitably ask if I knew who Deep Throat was. When I answered in the affirmative, they would get all excited — until I said it was Mark Felt, the white rat. Then, since this obviously was not some famous name from Nixon’s own White House, their interest would wane and the conversation would move on.

When Felt’s daughter claimed he was Deep Throat in 2005 and Woodward and Bernstein rushed out a book, The Secret Man: The Story of Watergate’s Deep Throat, supposedly confirming it, everyone accepted it at face value. For his part, Felt was way too senile to provide any real confirmation. More significantly, it turned out that Felt had no animosity toward President Nixon; his leaks were designed to show that Acting FBI Director Patrick Gray couldn’t control the FBI and should be replaced by then–Deputy Director Felt.

Why, then, had all of the media been so certain for the prior three decades that Deep Throat simply had to be a disillusioned Nixon White House staffer? Following Felt’s 2005 outing, I went back and re-read All the President’s Men and then compared the book to the subsequent movie version — only to discover tantalizing differences in Deep Throat’s treatment.

In their book, there is no implication whatsoever that Deep Throat is a White House employee. The authors were very careful not to give any hint at all as to his place of employment. The movie version, however, differs considerably — with implied White House employment occurring in three separate scenes: First, relatively early on, Woodward (played by Robert Redford) and Bernstein (played by Dustin Hoffman) are shown on the Library of Congress steps, lamenting that they are out of leads. Redford offers up the idea that he has a contact at the Nixon White House — and their paucity of leads quickly evaporates. Second, at one point, Redford calls Deep Throat (played by Hal Holbrook) at work. In the movie scene, Redford is shown in a public phone booth (remember those?) located on the sidewalk across the street from the Old Executive Office Building — an integral part of the White House compound — which he stares at while speaking to Holbrook, who instructs him never again to call him at work. Third, when Holbrook departs from his office on his way to deliver secret papers in a nighttime rendezvous, he is shown as driving out of the White House’s Northwest Gate.

The result was the unspoken assurance of Deep Throat being a White House staffer. The movie audience, after all, saw this with their own eyes!

Several other Deep Throat observations: By far the best description of Deep Throat and his activities is Max Holland’s Leak: Why Mark Felt Became Deep Throat (2012), supplemented by Holland’s extensive critical review of the 2017 film Mark Felt. Separately, in a stressful FBI interview of Mark Felt, following his FBI retirement and shortly after publication of Woodward and Bernstein’s book, Felt is quoted by his FBI interrogators as having specifically denied that he was “that fellow they call Deep Throat.”

In spite of the Woodward and Bernstein books, I happened to believe their Deep Throat is a composite figure, rather than their exclusive source, a view apparently shared by their boss, Ben Bradlee. In an unpublished interview cited by Jeff Himmelman in Yours in Truth: A Personal Portrait of Ben Bradlee, Legendary Editor of The Washington Post (2012), Bradlee expressed his own doubts as to the authenticity of the Deep Throat story:

It also is interesting to note that lead Watergate prosecutor Earl Silbert has stated that nothing in the Woodward and Bernstein articles was helpful to his team of prosecutors since their stories were only reporting what the government already knew and had under investigation. Thus, while news to the general public, it was not revealing to those actually working on the case.

One wonders just how a reputation for relentlessly innovative and creative investigative reporting can be based on receiving a series of leaks from a disgruntled FBI official. Perhaps that’s why it was so important to keep Deep Throat’s identity secret long after the Watergate scandal had run its course.

Finally, and most significantly, it is now clear that the American public was knowingly misled for three decades regarding Deep Throat’s identity and motive — all seemingly for the purpose of further undermining President Nixon and his White House staff.

Just when, one might ask in light of all this, can we expect to learn the full truth about Trump’s whistleblower?