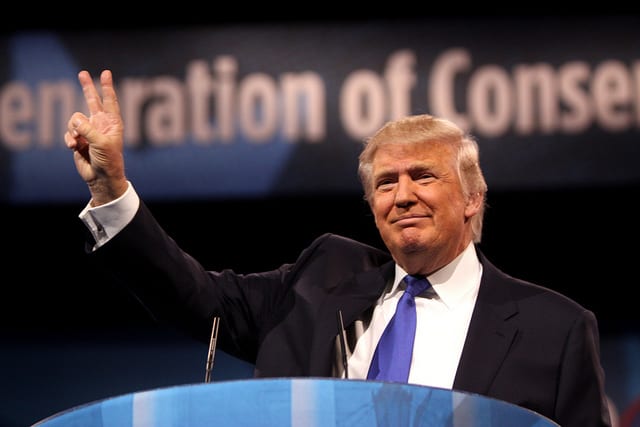 For the people in the pro-Trump camp, there are any number of things to be happy about at this point. We have a president who understands that military might and diplomacy go hand-in-hand. He’s packing the appellate courts with conservative judges. He is actually forcing the Republicans in the Senate to at least consider spending reductions, which the party has merely been teasing it might do for too many years to remember now. The list goes on.

This, however, may be my favorite so far:

More from The Hill:

President Trump is issuing three executive orders on Friday that are aimed at cutting down on the time it takes to fire federal employees, according to multiple reports.

White House officials announced the impending orders on a call with reporters. The officials said the changes are aimed at saving taxpayers $100 million per year.

In what is sure to create concern among lifelong bureaucrats, those in charge of federal agencies will be told to reward “performance over seniority.” Public sector unions abhor merit-based rules for advancement:

Union officials and experts called the move an effort to decrease the power of federal employees’ unions, which protect federal workers from unfair terminations and employment practices.

The American Federation of Government Employees, the largest federal employee union which represents 700,000 government workers, issued a statement calling the move an “assault on public servants.”

“Assault.” It is difficult to take that seriously. These people are the genesis of the participation trophy madness that grips our education system now.

I explained my extreme dislike for the phrase “public servant” in my previous post.

It’s not just in the bureaucracy obviously, the notion that people shouldn’t be fired for not doing their jobs well is a plague across American society. When it is the taxpayers who are footing the bill, however, it’s even more galling.

Public sector unions are so powerful — especially in deep blue states —  that there is almost nothing that constitutes an offense that merits firing. Several years ago, the Los Angeles Unified School District paid off a teacher who was feeding semen to his students because it was cheaper than firing him.

President Trump cares about results more than whether the people who already oppose him remain opposed to him. That is something that very few Republican politicians in the modern era have been interested in. They are forever courting demographics that will never vote for them, which just makes the opposition grow stronger.

Many may see this as a scorched-Earth approach by the president, but it may very well turn out to be a sound re-election strategy.