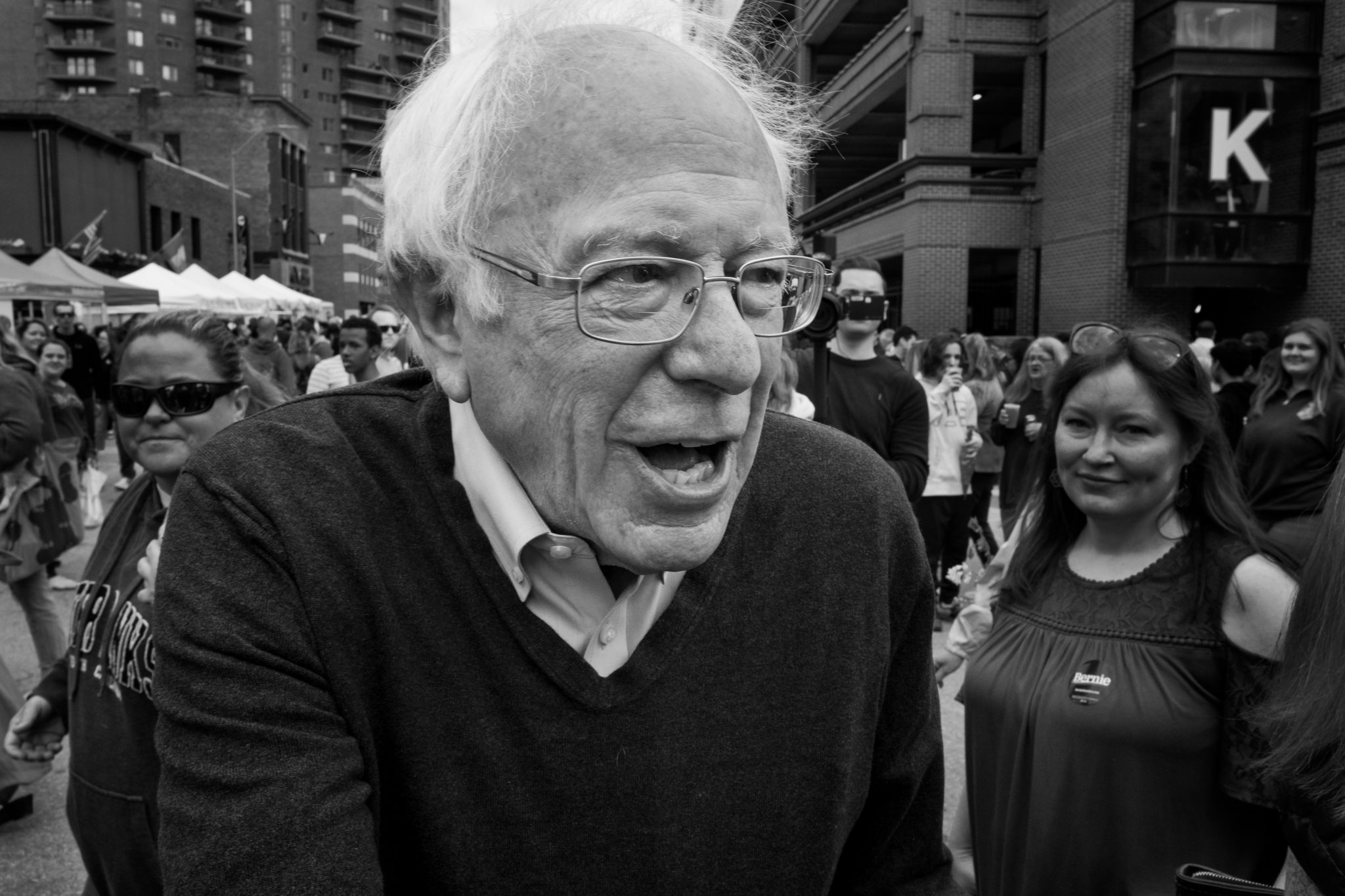 Consider what follows a thought experiment, or a hypothetical, if you will, as an August 28 Economist/YouGov poll of the Democratic primary race had Joe Biden holding a 24-to-20 advantage over Elizabeth Warren for the pole position, with just 14 percent going to Bernie Sanders. Based on that survey, it isn’t quite factual to dub Sanders the front-runner for the nomination to oppose President Trump in next November’s election — particularly given that Sanders’ heart attack on October 1 has sent his campaign reeling.

As of now it looks as though Biden, Warren, and Sanders are the three main contenders for the nomination. With Biden being the putative favorite plagued by a neverending, incessant flow of devastating gaffes and a terrible disconnect with the woke, identity-politics-driven, and socialist Left of the party’s base, it’s likely that Warren or Sanders will ultimately get the nomination.

This assumes, of course, that none of the others in the Democratic field will join the top tier. The Economist/YouGov poll didn’t offer much hope for that, as the next tier of candidates, Kamala Harris and Pete Buttigieg, checked in at 8 and 5 percent, respectively. Both have had their turns as the flavor of the month and failed to hold support, largely because their résumés are disqualifying — to put it charitably.

But that’s true of virtually the entire field, and it’s certainly true of Biden, who has been rejected by the American electorate over and over again — even before it became clear he is bought and paid for by the Chinese government. Warren, whose career is defined by a fraudulent representation as a Native American in pursuit of advancement through affirmative action in academia, necessarily has a ceiling that is likely to cost her staying power. Besides, there’s that voice. Who can listen to that voice through an entire primary season?

But Sanders? Let’s put aside all his obvious negatives — the fact he never could hold down a job until he was able to gull the voters of Burlington, Vermont, into making him mayor of that tiny backwater and launching him into a political career that has turned him from a virtual hobo into a multimillionaire with no less than three luxury homes being the most obvious one — and examine the fundamentals of his campaign. Assuming he recovers fully from that heart attack, that is.

Ideology and résumé aside, if Sanders were a Republican we would likely look at him as the favorite for the nomination. Sanders, after all, gave Hillary Clinton all she wanted in 2016 and can make a somewhat credible case that he was denied the nomination in that cycle through party-insider skullduggery. That Democrats tend not to operate on the basis of next-man-up like the GOP did in nominating Bob Dole in 1996, John McCain in 2008, and Mitt Romney in 2016 doesn’t necessarily disqualify Sanders. After all, what the Democrats like in their presidential candidates is something new and fresh; that’s precisely what this Cecil B. DeMille Cast of Thousands field distinctly lacks, particularly in the top tier.

Sanders has something the others don’t, moreover: an organization that largely remains intact from the 2016 cycle. With the Democratic field likely to contain more than a dozen candidates by the time the Iowa caucuses roll around, that ground game and the get-out-the-vote muscle it carries could very well be the difference in maximizing Sanders’ ability to rack up delegates. What if Sanders were able to outduel Biden and a quickly fading Warren (thanks, if nothing else, to that awful voice) in the early primaries and emerge as the Democrats’ nominee? What then?

As August came to a close, Sanders gave us a hint of the race to come, spewing forth a raft of news-making pronouncements showing off his true colors as an unrepentant Soviet communist sympathizer. Sanders didn’t only suggest converting the American news media into an organ of the state à la Pravda and Izvestia; he also praised the Chinese communist regime for its having lifted its citizens out of poverty (the irony of the statement being clearly lost on Sanders, as when China was truly communist its best method for eliminating poverty was the mass killing of its poorer citizens, and it was only by bringing in a modicum of free-market economic liberalism that the progress he touts became possible). And to add a cherry on top, Sanders then pushed a plan to nationalize electric power production — the surest possible way to create brownouts and blackouts across the country and cripple the American economy.

It goes without saying any country that would vote for such a preposterous agenda deserves everything it gets, and it’s unlikely that would include the United States of America. There are polls, which shouldn’t be believed, placing Sanders ahead of Trump. But any referendum pitting Trumpian capitalism against Sandersian socialism would doubtless favor the former. The bet here is the Democrats’ machine bosses know this and will move any mountain to keep that matchup from happening.

The Dems’ problem is that they lack alternatives. And that’s a problem they will find insurmountable as 2020 nears.