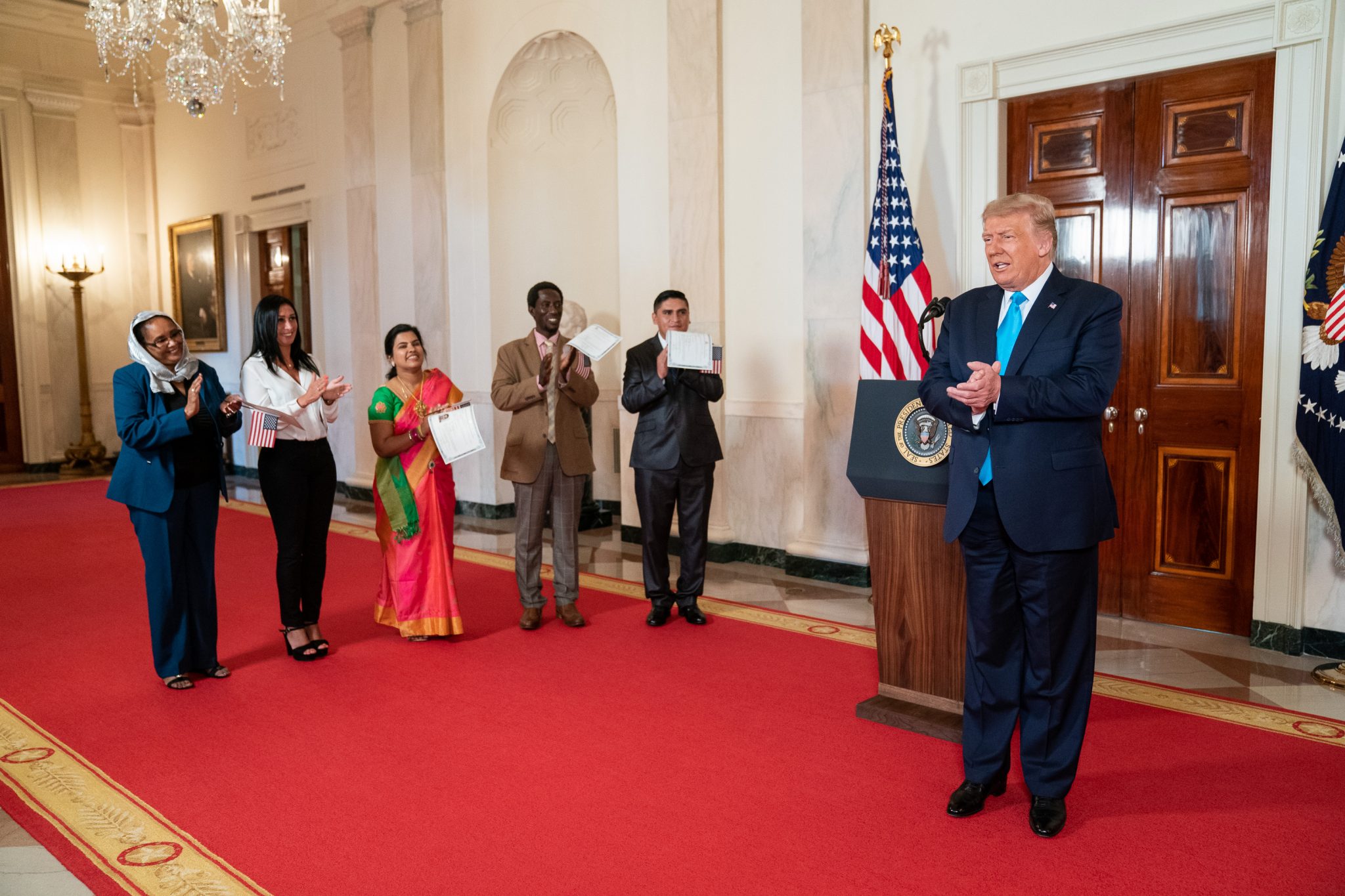 The biggest loser of the Republican National Convention is Secretary of State Mike Pompeo, whose videotaped address to the GOP confab from Jerusalem with the Old City in the background sparked outrage that the nation’s elder statesman had violated the Hatch Act, which prohibits government workers from doing political work on the job and on government property.

The video diminished Pompeo’s stature and branded a man of signal achievement as a Trump factotum.

Then there was Trump’s bald use of the White House as a TV set for his campaign Thursday night as he delivered his acceptance speech on a South Lawn turned convention floor.

The administration contended that the Trump–Pence campaign was handling logistics. White House staff would not be doing the work of the campaign. That was a complete sham.

Wednesday Chief of Staff Mark Meadows told Politico, “Nobody outside of the Beltway really cares.”

He’s probably right. The Trump base doesn’t care and sees the controversy as a chattering-class chew toy.

Democrats and “Never Trumpers” who are apoplectic today often shrugged when Democrats baldly used their perches to promote their ambitions.

I get it. Everyone does it. There are no virgins inside the Beltway.

That doesn’t make what’s happening right. Trump’s Achilles’ heel is that he acts as if he owns the White House and treats professionals who value their good name like valets.

Tuesday, Trump presided over a naturalization ceremony and signed a presidential pardon solely because he wanted to replay the events for the RNC. The causes were more worthy than their service as segments in RNC programming.

Trump scrapes off the bark of pride from the people who serve him. He frequently and publicly berated his first attorney general, Jeff Sessions, because the former Alabama senator did not act like a “wingman” — as if the nation’s top lawman had two jobs, protecting Trump and enforcing the law, in that order.

On Aug. 22 on Twitter, Trump accused a “deep state” inside the FDA of delaying approval for vaccines and therapeutics. “Obviously, they are hoping to delay the answer until after November 3rd. Must focus on speed, and saving lives! @SteveFDA.” The next day FDA commissioner Steve Hahn stood by Trump at a briefing where they announced that Hahn had authorized emergency use of convalescent plasma.

The announcement cleaved a narrow path — that leaves decisions to doctors and awaits more data before final approval, if it comes. But Hahn also had to take back some of his remarks. Monday he tweeted that he had been criticized justifiably for his remarks: “What I should have said better is that the data show a relative risk reduction not an absolute risk reduction.”

Two problems here. One, Trump’s politicizing the coronavirus policy gives people reason not to trust treatments and a vaccine, if and when one is approved. That means fewer people vaccinated and more people infected and contagious.

Two, the medical professionals on the President’s Coronavirus Task Force value their reputations. There are a lot of critics out there ready to demean anyone who works with Trump — as if they’d be better people if they walked away and left it to amateurs to work out medical issues.

And Trump doesn’t make it easy. He talks about police feeling exposed while officials don’t have their backs. That’s probably what it feels like to work for Trump.