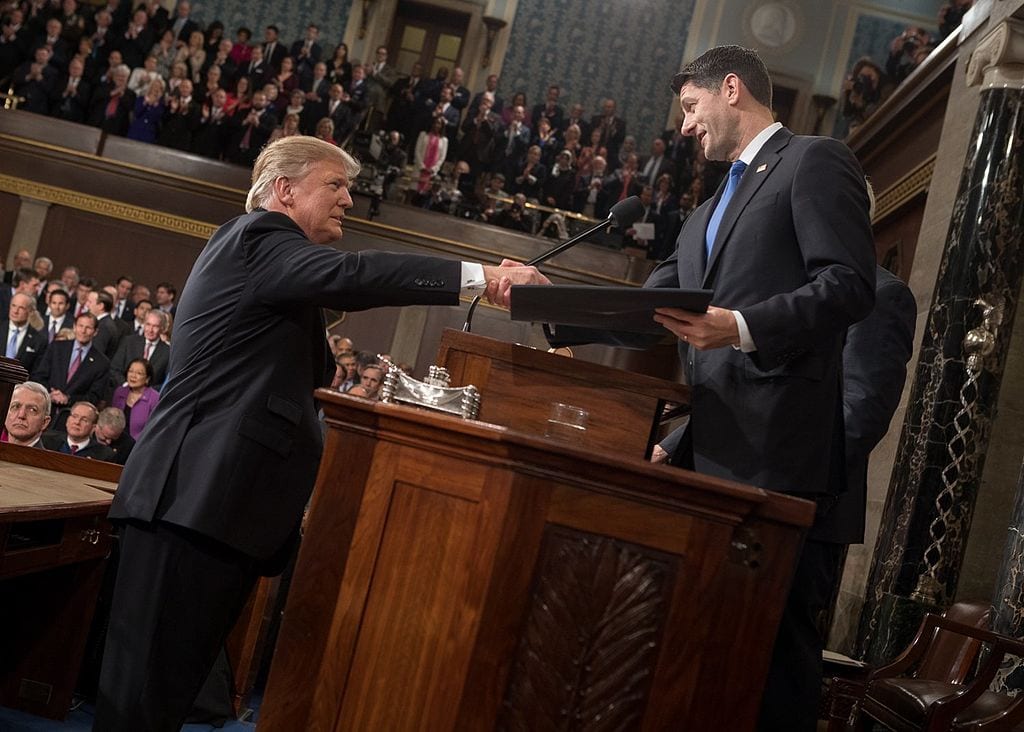 After Paul Ryan announced he wouldn’t seek re-election this fall, I had an interesting conversation online with an old friend I hadn’t talked to in more than a decade. My prodigal partner in correspondence, an old politico who fought the good fight for many years before retiring to a sailboat and itinerantly plying the Gulf Coast, said something I both agreed with and disagreed with, and I’ve been chewing on his statement ever since.

“I can’t take any delight in Trump’s accomplishments,” he said, “though I don’t oppose most of what he’s doing policy-wise.”

My friend’s complaint was that while the President has already embarked on the most ambitious conservative agenda since Reagan despite not actually possessing much in the way of conservative bona fides — he said that’s a nice surprise he wouldn’t have counted on — Trump’s style is, he thinks, toxic for the country.

He made sure to let me know he’s no NeverTrumper. He agreed that the Republicans had long needed to find a way to ditch their reputation as the Stupid Party. He just believes there will ultimately be a steep price to pay for the President’s bombast, and what he called the “insufferable childishness” Trump displays on his Twitter and elsewhere.

As someone who looks at the President as a guy we hired to do a job, and is so far satisfied, on balance, at the quality of work he’s doing, my response was that what my friend was complaining about isn’t Trump. Trump is a symptom, not the disease.

Which brings us to Paul Ryan, who my friend admires greatly. Ryan is many things, but above all he’s civil. He’s also a “policy conservative” whose vision for taxes, entitlement reform, and other big reform items would certainly move the country forward.

What Ryan, whose short tenure as House speaker is likely to be judged as something of a failure when he gives up the gavel in December, is not is a salesman. And he’s definitely no political force of nature who can threaten and cajole his way to the legislative finish line. Ryan’s House led the way in passing that federal tax reform bill last year, and that is a signature achievement of which he can be proud. But some 140 House-passed bills languish in the Senate — standing as the mark of governmental gridlock which indicts the Speaker as a bit player on the national political stage. He’s leaving more or less in disgust, because he can’t lead the GOP’s legislative agenda to passage in the face of a dysfunctional Senate.

And because Ryan and Trump are oil and water — as are so many of the Republican Establishment figures in Washington the President has alienated.

I would concede that Trump is often much too crass for my liking, just as I would confess his relationships with the Roger Stones, Michael Cohens, and Paul Manaforts of the world make me nervous.

But I would argue this — those Establishment types on the Right who hate Trump more for the damage they perceive he’s doing to the country’s political institutions than the achievements in policy he’s enjoying have lost sight of why we care about those institutions in the first place.

And all of us on the Right would do well to remember that most of what Trump is rightly characterized as differs little from what the Left calls those far more pleasant GOP establishment figures.

Mitt Romney was supposedly racist and sexist too, if you’ll remember. He tried to tell a story about filling his gubernatorial cabinet in Massachusetts with qualified females, and before he could finish a sentence “Binders full of women” became a rallying cry for Americans in a panic over the country descending into a Handmaid’s Tale-style dystopia.

Remember during the 2008 campaign and its aftermath when conservatives became educated about Saul Alinsky and the Cloward-Piven Strategy? Those topics were all the rage in the blogosphere between Obama’s nomination and the 2010 midterms, but seem less relevant now.

I brought them back up in the conversation with my old-school correspondent as a possible explanation for why Trump may be a necessity.

The Stupid Party conservatives, those who fight desperately to freeze our institutions and culture in the mid-to-late 20thcentury, never did come to grips with what the Alinskyite Left did to the country. They never understood the shift in American character the 1960s represented.

Take welfare, for example. A Paul Ryan looks at entitlement programs and asks how they can be redesigned to be a hand up rather than a handout, as they were supposed to be when passed on a bipartisan basis as part of Johnson’s Great Society. But a Ryan, as were his predecessors, is no match for the left-wing organizations spreading the narrative in the inner cities that welfare programs represent reparations for slavery, and educating people how to cheat on them. Little surprise that Ryan is routinely denounced as a racist for wanting to reform the various government redistribution programs.

Ryan, and the Jack Kemp-inspired conservative empowerment agenda he was politically raised on, is correct on the policy but hopeless on the politics. Why? Because he’s trying to charm people who are trained to bite his hand.

Along comes a Trump, who is willing to throw punches at the Left for creating the captive audience Ryan can’t reach — and who will attract more of that audience than Ryan ever will despite a far less friendly style.

We should be a country which respects the civil statesmen like Paul Ryan. But we aren’t. Alinsky’s Rules for Radicals destroyed the effectiveness of the Paul Ryans of the world, just as the development of tanks and warplanes destroyed the effectiveness of static fortifications on the battlefield. That’s a damned shame, and it’s why Saul Alinsky is hopefully burning in hell at the hands of Lucifer, to whom he dedicated his book.

But that means it takes a Trump, or something like him, to beat the Left.

Would it be preferable to have someone in the White House there could be no credible accusation of Stormy Daniels-style tawdry sexual affairs against? Of course. But when the other side is willing to make up such allegations from thin air and sell them as proof of the hypocrisy of upstanding men, it takes a Trump to explode the game. You can call Trump lots of things, but one which will not stick is to say he’s a hypocrite. Alinsky taught the Left that hypocrisy is worse than simple bad behavior, which is a lie — but it’s a useful lie to people engaged in destroying standards.

Which the 1960s Left was famously successful in doing.

Culture is downstream from politics, and our culture is coarser now than it’s been in a century or more. It wasn’t conservatives who created this decline — we don’t make the movies or TV shows, we’re not in control of the music business, we barely have a foot in the door on social media and we certainly don’t control the schools. In Trump, we have only just found a way to deal effectively with the mess the other side has made.

Most of our side, and particularly those who had lost faith in traditional conservatism following Obama’s ascension to the White House, understands this. Those who don’t are clinging to a world that was lost decades ago.