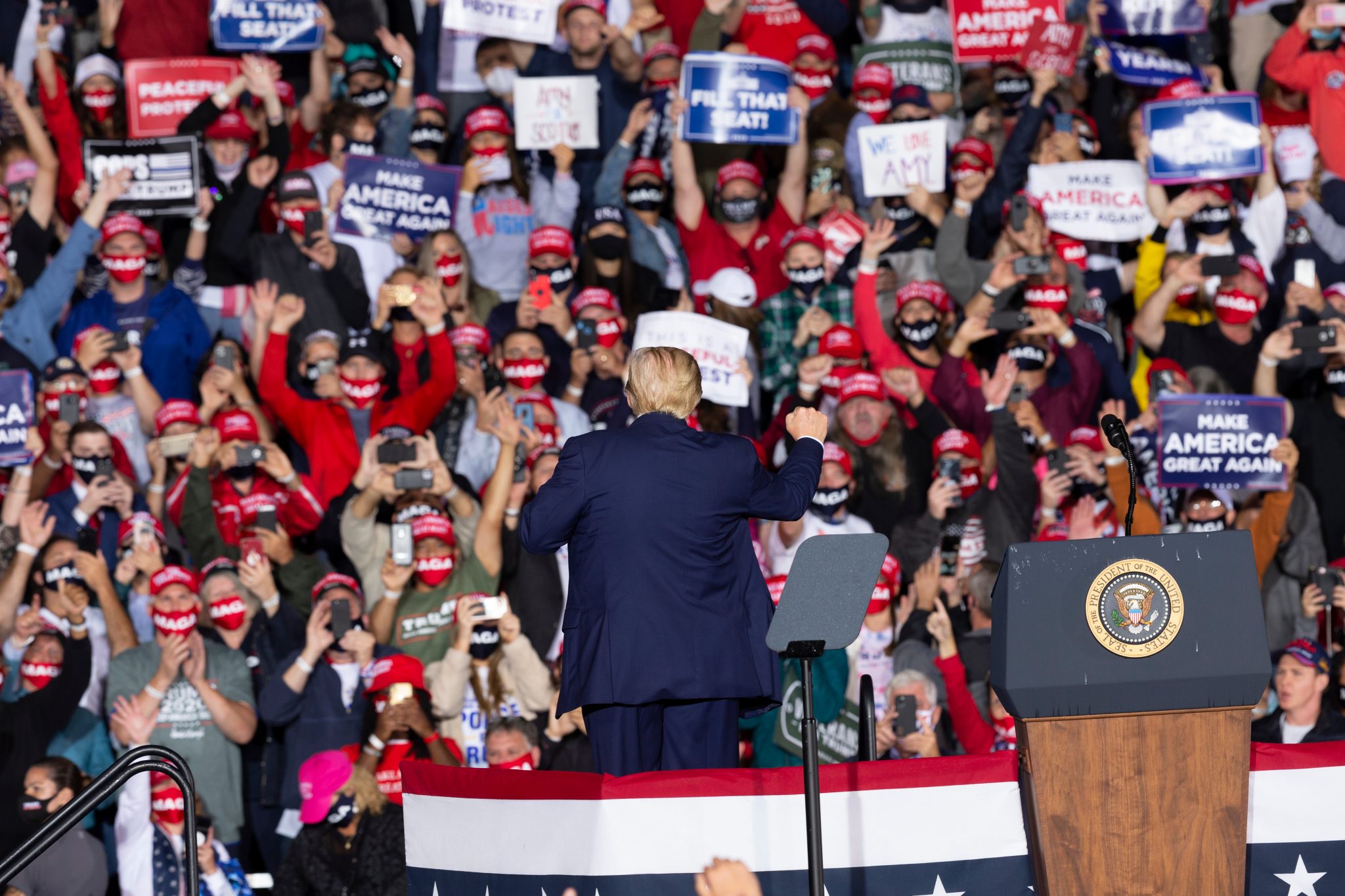 November’s result should not obscure the fact that Trump bequeathed Republicans a winning populist strategy. The question is whether there can be populism without his persona. Republicans should seek to find out, or at least they should be if they have any political sense. Trump has drawn Republicans the populist blueprint; now someone else must build from it.

For two elections, Trump stole what the Left and Democrats believed to be their birthright: populism.

There is an irony in a flawed candidate devising a nearly flawless political strategy. Both apply to Trump. Yet while the former has been overemphasized to the point of absurdity, inaccuracy, and distortion, the latter has been deliberately overlooked.

Democrats, establishment media, the Left, and the Republican elite all want Trump’s populism to disappear. They are all threatened by it and would love 2020’s outcome to be its obituary. If Republicans are smart, 2020 will be its rebirth in an even more palatable and potent form.

For two elections, Trump stole what the Left and Democrats believed to be their birthright: populism. Trump eschewed the elite, of which he could have been a natural member; the elite never forgave his apostasy. Instead, he forged an unmistakable — and undeniably effective and formidable — political populism.

While the Left and Democrats never could — and never will — admit it, Trump owned their terrain to an extent they have not for decades. Unable to attack him for a populism they have long supported in name only, they vilified and delegitimized him, but they were unable to “de-populize” him or his appeal.

Trump went after America’s working class by going after elite policies. Uncontrolled immigration, unbalanced trade, endless military actions abroad, and a general policy of putting America’s interests behind those of other nations and global goals all fell in his crosshairs. Like federal domestic programs that subsidized others, these elite programs’ costs were borne by America’s working class but bore them nothing.

In 2020, Trump improved substantially in total votes, adding 11 million and increasing his share of the popular vote total from 46.1 percent to 47.2 percent. Yes, he lost five states from 2016 (Michigan, Wisconsin, Pennsylvania, Georgia, and Arizona), but he did so by the barest margins: 159,000 votes.

In reviewing the 2020 outcome, it is crucial that its context by understood. Trump lost his five states by just 0.8 percent of the votes cast in these states. Further, he did so after four years of establishment media vituperation. For two years he faced organized opposition in the House, which included hearings and investigations and culminated in impeachment. This year he faced Senate trial, a global pandemic, lockdowns, economic collapse, and a summer of riots. In the election itself, there was an unprecedented use of mail-in ballots, which helped increase the vote total by almost 24 million votes, almost 20 percent higher than 2016’s. Still, he barely lost.

Despite what the opposition will insist, Republicans should see that Trump’s populism almost succeeded despite him. It also means that the prospect exists that it could do even better without him. The question is not whether populism worked for Republicans, but whether they will try to run with it again without Trump. The clear answer is that they would be fools not to try.

As evidence of its potency consider the populist approach’s electoral efficiency for Republicans. In 2016, Trump won his decisive additional electoral votes and states despite winning 1.1 percent less of the popular vote than Romney did four years earlier. Even with all the obstacles Trump faced in 2020, he still won the same percentage of the popular vote that Romney did in 2012 and 26 more electoral votes — while missing 63 more by less than 1 percent of the votes cast there.

Imagine a Trump populist message with a new Republican messenger. Just returning Republican and Independent suburban women would likely have flipped the outcome in the crucial battleground states. Republicans only need to flip 2 percent of the voters to win the popular vote, but just 0.5 percent on average to flip the five battleground states Trump lost in 2020.

The bigger question is whether Republicans will pursue populism without Trump. Trump has been so denigrated by the establishment media and political opponents — both inside and outside the party — that his obvious political accomplishment is overlooked. Trump arguably created a movement. His enemies would like nothing more than to have his nascent populist movement discredited with him.

This year’s contest was a realigning election. It was not in the way realigning elections are generally considered — geographically — but instead was a class realignment. This campaign removed all doubt as to which party represented the nation’s wealth and political and media establishment — its self-styled “elite.” The wealthiest states and urban areas went for Biden. The establishment media was for Biden. Big businesses went for Biden. Outside money was for Biden and Democrats enjoyed an enormous campaign cash advantage. Again, they were obstacles Trump and his populism almost overcame.

In the wake of this clear realignment, Republicans must ask whether they can realign themselves. Can Republicans raise a new messenger of the Trump message and seize the opportunity before them?