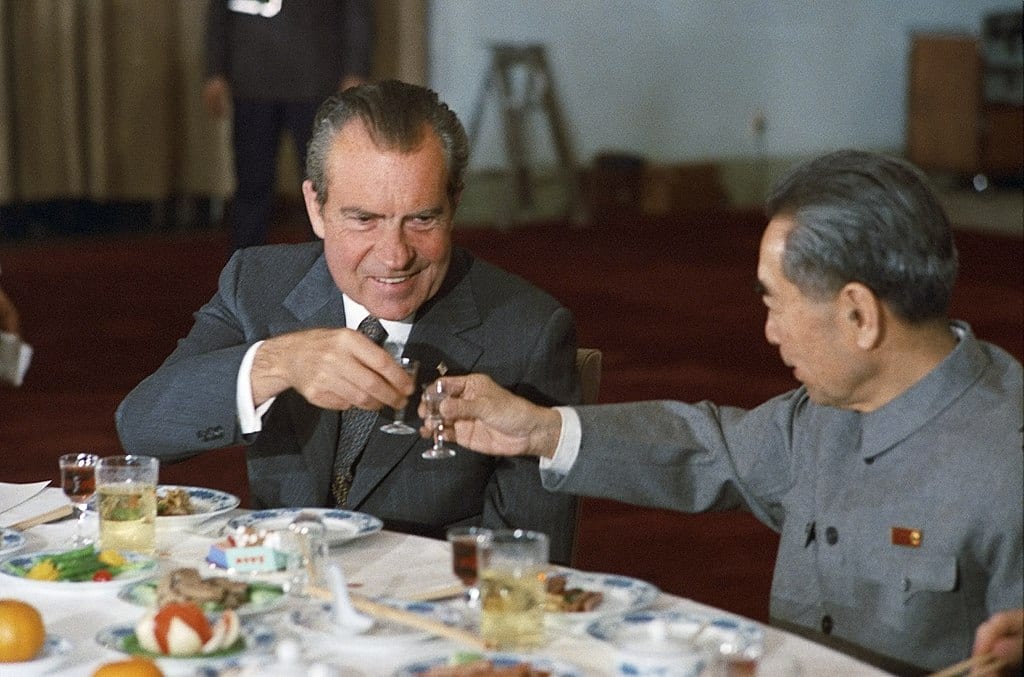 At the end of the Cold War, the world was inundated with utopian pieties masquerading as informed policy options — Francis Fukuyama promised a Kantian “end of history” while Charles Krauthammer jubilantly declared America’s “unipolar moment.” Today, as the highs of the 1990s and early 2000s wear off, and Americans fully wake up from the post-Cold War “strategic holiday,” most are finding that history has returned — with terrible vengeance.

In the early 2000s, the preeminent neoconservative writer, Robert Kagan, wrote a treatise on how Europe had experienced a Fukuyama-style post-historical moment whereas the United States remained firmly ensconced in history (this was why Washington so readily used military force during the 1990s and early 2000s when the Europeans often scoffed). Kagan followed up his 2003 critique of European idealism with his 2011 work, The Return of History and the End of Dreams. Kagan was getting closer to the reality the United States faced… though he still missed some key elements.

For instance, Kagan’s works essentially championed an overt use of hard-power and unilateralism in the face of any perceived threat (and I mean, any threat). Yet, the “return of history” as Kagan rightly asserted of the post-9/11 strategic environment did not merely apply to the utopian peaceniks of Europe and the American Left. It should have also applied to the bellowing, virtue-signaling, neoconservatives who dominate the Washington, D.C. foreign policy establishment.

For Kagan’s thesis to have been correct as he postulated in 2011, then, all of America’s problems could be resolved with hard power alone (these are arguments echoed by the contemptible Max Boot). While military might isan essential element of statecraft, it is not the only tool that statesmen have at their disposal. Kagan’s view essentially reduces America’s problem set in the post-9/11 world (in which history has indeed returned) to that of a nail in need of hammering. But if history has returned to the world then so too has complexity. And, if complexity is now a mainstay in the international arena, then the need for classical geopolitics is essential.

Not every problem is akin to a nail in need of hammering.

If history and geopolitics have returned, then, Realpolitik will be key. It also means that Washingtonians must grasp the fact that the “unipolar moment” is over. Any unipolar superpower that cannot end a conflict in piss-ant Afghanistan after nearly 20 years or keep the Russians — with a GDP equivalent to that of Italy — in check is not a superpower at all. It is, in fact, a great power in a system of other, rising, great powers. And, such a nascent multipolar international system is inherently unstable. The goal, then, should be for the United States to refine its focus to the national interest and stop overstepping militarily — in order to create equilibrium and stability in this new system.

Thus, we should all be dispirited by the fact that President Donald Trump — the least neoconservative president in the post-Cold War era — has lately fallen victim to the neocon way of operating on the international stage. Dogged by an unwarranted (and unfair) special counsel investigation into purported collusion between his 2016 presidential campaign and Russian intelligence, President Trump has increasingly hewed to the traditional (if that word can even be used in this case) neoconservative line — especially when it comes to Russia. While he campaigned on seeking a grand geopolitical bargain with Moscow, since taking office, Trump has gone harder — and further — with anti-Russian policies than either of his predecessors.

Yes, one must be willing to stand up to a rival great power, like Russia. No, one must not take short-sighted, intractable, hawkish positions predicated entirely on virtue signaling and sentimentalism for the bad ole days of the Cold War. If former President Richard Nixon and Dr. Henry Kissinger were preening moralizers (of the sort one finds among the neoconservatives these days), then they’d have never made a cunning deal with Beijing to turn China into a foe, rather than a friend, of the Soviet Union. The Sino-American alliance was decisive in breaking the Soviet Union and winning the Cold War (long-term consequences notwithstanding).

Look at how President Trump has managed Russian relations since his election; they’re a far cry from his campaign rhetoric. How much of these changes are out of a realistic appraisal of Russia’s hostility toward the West and how much of it is because Trump does not want the #FakeNews accusation of Russia “collusion” to taint every part of his presidency?

The neocon foreign policy toward Russia goes something like this: if you don’t like a nuclear-armed power, like Russia, that’s fine. Merely sanction them; hector them; arm their rivals; and then refuse to talk to them. In other words, America’s foreign policy elite has created a safe-space for itself to deny reality (by refusing to acknowledge that the United States isn’t the only show in town anymore). After all, unlike yesteryear, Moscow can now turn to its neighbors, like those in Beijing, to offset whatever losses it may have incurred from an agitated Washington. When Russia proves intransigent to neoconservative goading, the neocons become indignant — intensifying their anti-Russian stances — as the Russians turn to their former Chinese foes and make them into newfound besties (thereby fundamentally upending the world order).

As Moscow cozies up to Beijing (and begins wondering why they didn’t do so sooner), it creates a geostrategists’ nightmare by aligning Eurasia under a single military alliance contrary to American interests. The neocons are negating more than a century’s worth of U.S. grand strategy regarding Eurasia (which was designed to keep it divided, lest a unified Eurasia brought superior resources to bear against the United States). Now, both China and Russia are not only wooing “rogue” states, such as Iran or North Korea, but they are also cleaving away former American allies, such as Turkey, into their budding alliance — displacing the United States everywhere that matters.

Yes, dear neocons, history has returned. But your playbook is hardly helpful in these tough times. Acting tough (and ensuring that lesser well-connected American citizens pay the prices for your overreach) is not a solution to difficult problems. Trump must stop being cowed by the Russian investigation and act according to his instincts (make deals, not war). Great power politics is ruthless, but it is also surprisingly simple: those who want respect give respect.

Neocons don’t understand this. We need more Richard Nixon and less George W. Bush in Trump’s foreign policy today. So, Mr. President, don’t give in to Russia, but at least have a chat with Putin when you’re in Argentina this week.