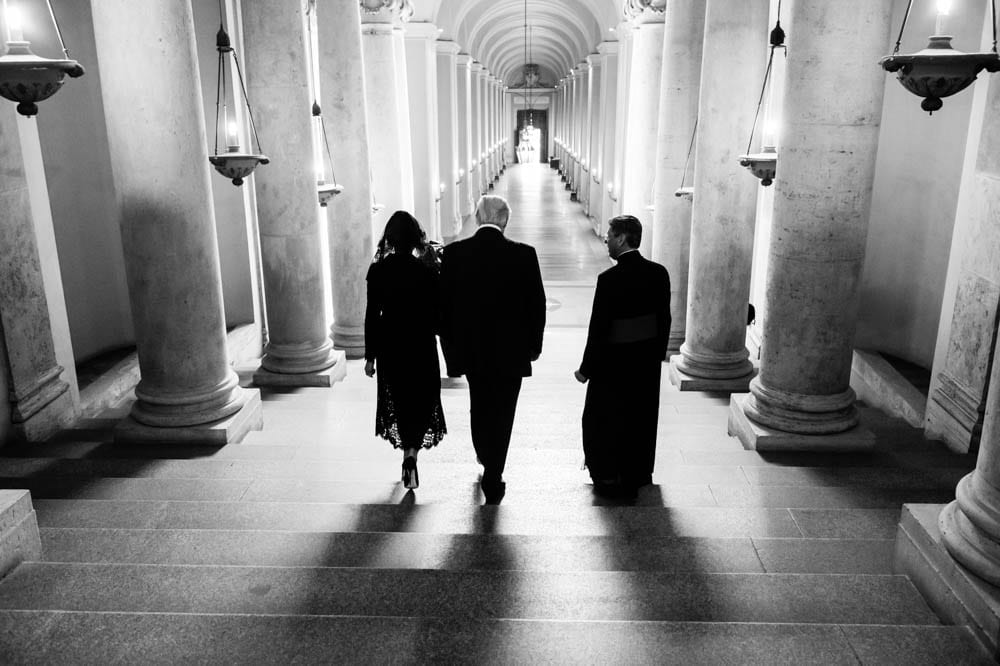 President Trump’s Health and Human Services Department (HHS) has taken new steps to restore religious protections for physicians and other healthcare providers long under attack by the bureaucratic bullies of the Obama administration. In addition to expanding its Office for Civil Rights by creating the Conscience and Religious Freedom Division, HHS has announced a new regulation that will protect care providers from being coerced into performing medical procedures, including abortions, that violate their consciences. The new OCR division and conscience regulation will enforce existing laws that were routinely violated or simply ignored by the bureaucrats of the Obama administration.

Predictably, the abortion industry and its supporters in the media have already launched a propaganda campaign misrepresenting the substance and effect of these HHS actions. The New York Times, for example, published a “news” story with the following mendacious headline: “Trump Gives Health Workers New Religious Liberty Protections.” Neither President Trump nor HHS has given any “new” protections to health care workers. Doctors, nurses, and other healthcare providers are already protected by at least 25 federal and state laws, including the Church Amendment of 1973, the Coats-Snowe Amendment, and the Weldon Amendment. The problem is enforcement. As OCR Director Roger Severino phrased it:

Laws protecting religious freedom and conscience rights are just empty words on paper if they aren’t enforced. No one should be forced to choose between helping sick people and living by one’s deepest moral or religious convictions, and the new division will help guarantee that victims of unlawful discrimination find justice. For too long, governments big and small have treated conscience claims with hostility instead of protection, but change is coming and it begins here and now.

The impetus for the Conscience and Religious Freedom Division and accompanying regulation was provided when the Obama administration decided, during its seemingly interminable final year, to reinterpret a section of Obamacare. Originally, Section 1557 of the “Affordable Care Act” was a boilerplate provision prohibiting discrimination on the basis of race, color, national origin, sex, age, etc. But, in May of 2016, Obama’s HHS apparatchiks reimagined this section of the law such that it also prohibited discrimination “on the basis of gender identity and termination of pregnancy.” In effect, the Obama administration had unilaterally rendered all of the above-noted conscience protections null and void.

This outrage generated a predictable flurry of legal action against HHS. In August of 2016, the Becket Fund for Religious Liberty filed Franciscan Alliance v. Burwell in the U.S. District Court for the Northern District of Texas on behalf of Franciscan Alliance (now Franciscan Health), a 14-hospital health care network operating in Illinois and Indiana. Shortly thereafter the states of Texas, Kansas, Kentucky, Nebraska, and Wisconsin also joined the suit. On December 31, 2016, U.S. District Judge Reed O’Connor ruled that the HHS regulation imposed a “substantial burden on Private Plaintiffs’ religious exercise” and issued a restraining order preventing the Obama administration from implementing its bizarre regulation.

Had the voters been foolish enough to elect Hillary Clinton president, this case would certainly not have ended in Judge O’Connor’s court. Under Her Majesty, HHS and the Department of Justice would have received a royal command to pursue this case “round Good Hope, round the Horn, round the Norway Maelstrom, and round perdition’s flames” before giving up. Fortunately, Donald Trump won, and the people he has installed at HHS have shown no interest in appealing the Franciscan Alliance v. Burwell order. In fact, the Office for Civil Rights indicates that it plans to comply with the injunction. Moreover, it is operating on the novel assumption that health care providers actually enjoy rights of conscience.

Even more refreshing is another Trump administration regulation, issued on the same day that the conscience rule was promulgated, that actually recognizes the right of states to enjoy some measure of autonomy in how they manage Medicaid and whether they may disqualify abortion providers from receiving funds through that program. On Friday, CMS (which operates under the aegis of HHS) sent letters to all 50 state Medicaid Directors restoring flexibility to establish reasonable standards for their Medicaid programs. This rescinded an Obama-era CMS decree that arbitrarily and dramatically restricted the long-standing state prerogative to regulate Medicaid providers operating within their own boundaries:

We are concerned that the 2016 Letter raises legal issues under the Administrative Procedure Act, and limited states’ flexibility with regard to establishing reasonable Medicaid provider qualification standards. For these reasons, we are rescinding the April 19, 2016 [Guidance] (SMD #16-005). States should continue to look to Section 1902(a)(23) and our regulations at 42 C.F.R.§ 431.51 to determine their obligations under Section 1902(a)(23).

In English, this means CMS has reverted to the policy that existed before the Obama administration usurped the right of states to manage their own Medicaid programs. States may refuse to allow abortion providers to participate if they see fit. This, combined with the new HHS-OCR division and conscience regulation, has produced the expected denunciations by the left. The Los Angeles Times sums up the progressive response thus: “The Trump administration just found another way to deny women their right to an abortion.” The general idea is that the refusal by a physician to perform an abortion interferes with a woman’s “right” to have one. I would refer anyone who actually believes this to the following passage from Roe v. Wade:

RESOLVED… Neither physician, hospital, nor hospital personnel shall be required to perform any act violative of personally-held moral principles.

For our progressive friends, Roe v. Wade is both sacrosanct and infallible. That must mean President Trump and his HHS appointees are on the side of angels, right?