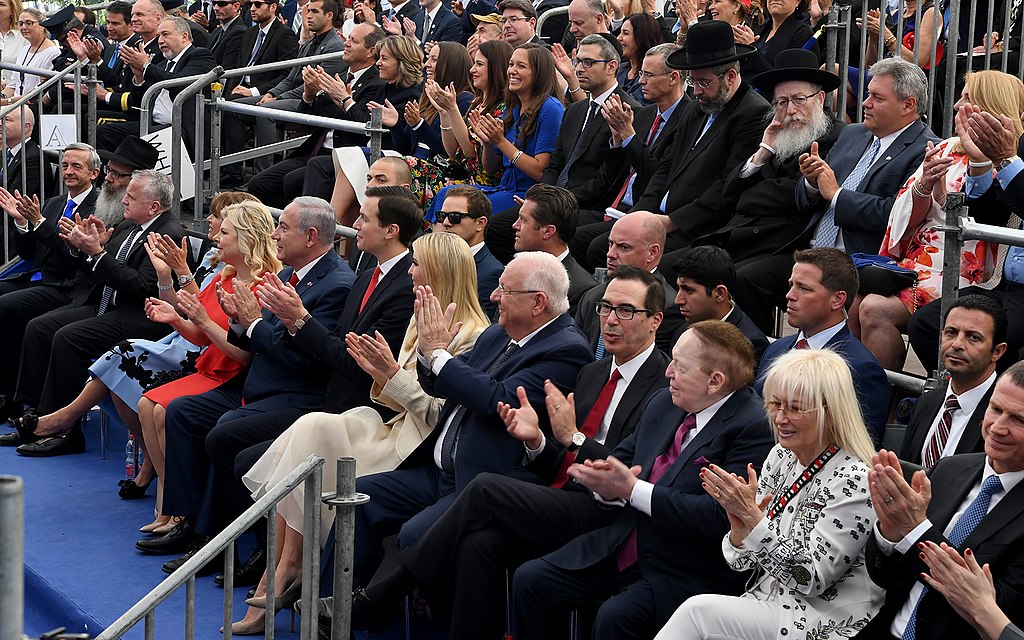 When President Donald Trump recognized Jerusalem as the capital of Israel and announced he would install an embassy in the Holy City in December 2017, the foreign policy establishment said bad things would follow.

European Union foreign policy chief Federica Mogherini warned the move “has the potential to send us backwards to darker times than the one we already are living in.” Then-British Prime Minister Theresa May said the move was “unhelpful in terms of prospects for peace in the region.”

Former Secretary of State John Kerry warned it would cause “an explosion in the region.” Sen. Dianne Feinstein, D-Calif., urged Trump not to recognize Jerusalem as Israel’s capital lest the move “spark violence and embolden extremists on both sides of the debate.”

The moment shined an unforgiving spotlight on Washington’s fecklessness — really, its comfort with failure that fits within the Beltway’s business-as-usual mold versus success reached through unusual channels.

Before Trump, the grown-up thing to do was to give lip service to an embassy in Jerusalem without even pretending to follow through after winning the election, as former Presidents Bill Clinton and George W. Bush did.

Likewise, the Senate passed the Jerusalem Embassy Act in June of 2017 — as it did regularly since 1995 when then-Sen. Joe Biden, D-Del., supported the bill, without delivering a doorknob. Feinstein was one of 90 senators to vote in favor of the measure in 2017, and still she opposed the embassy move.

Not a single sitting Democratic senator or member of the House showed up for the historic embassy opening in May 2018 after so many years of voting to move the building.

Last month, the United Arab Emirates normalized relations with Israel. Bahrain followed shortly thereafter. Which country will be next? There’s talk of Sudan. At Thursday’s daily briefing, Press Secretary Kayleigh McEnany said Trump is “the only president to have overseen the normalization of relations between Israel and two Middle East countries.”

In Las Vegas recently, Trump told me that he thought Saudi Arabia would follow “at the right time.”

President Barack Obama’s Iran deal united Israel and Arab states in opposition to the deal, Jonathan Schanzer of the Foundation for Defense of Democracies noted. To his credit, Trump saw the opening, won the trust of Gulf leaders, and showed the world that the path to peace could be paved without Palestinian leaders, if it came to that.

And Trump did it with his real estate developer son-in-law turned White House senior adviser Jared Kushner to broker “the deal of the century.”

Aaron David Miller, a senior fellow at the Carnegie Endowment for International Peace, admitted in the Washington Post Wednesday, “The developments confounded the predictions of many peace process veterans — me included.”

Otherwise, “it would seem the majority of the peace process community is eager to return to the failed paradigm of the past,” Schanzer noted. “They are literally pining to return to failure.”

In April, former Vice President Joe Biden said that the embassy move was “short-sighted and frivolous” but that since it was done, he would not move the embassy back to Tel Aviv. But: “My administration will urge both sides to take steps to keep the prospect of a two-state solution alive.”

Really? Because that worked so well?

I spoke with former Sen. Dean Heller, R-Nev., one of four GOP senators who supported the embassy move on paper and attended the event in real life. He predicted it will be in history books 300 years from now, and he credited it for the recent peace pacts.

Heller, who lost a reelection bid in 2018, told me, “I was disappointed that Democrats decided to boycott the event.” But, he added, “That’s just politics in America today for you.”