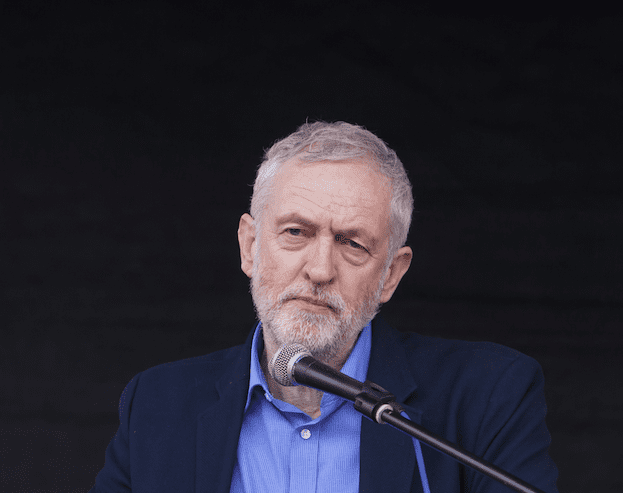 The special relationship between the United States and the United Kingdom is the longest continual alliance in Western democracies. The media’s partnership with the Democratic Party is the second longest.

Since the moment of his election, transatlantic elites have insisted that President Donald Trump will destroy all Western diplomatic relationships and sever the Lilliputian cords that restrain authoritarianism. Some speculate this is his goal. In reality, President Trump has promoted the United Kingdom from the “back of the queue” where Barack Obama had relegated it, practically begged UK officials to finalize a bilateral free trade deal, and even sought to strengthen ties with the UK by having the U.S. begin an “associate membership” in the Commonwealth of Nations. With Boris Johnson as prime minister, relations between Washington and London could hardly be more cordial.

For all his demands that NATO partners pay their fair share of our common defense and his (thus far deferred) talk of a trade war with the EU, Trump does not want to end the alliance of Western democracies. He simply seeks a long-overdue renegotiation of terms, something that should have commenced with the fall of the Berlin Wall.

On the other hand, if Jeremy Corbyn were elected prime minister of the UK in this week’s election, he would leave the special relationship looking like Omagh in 1998.

Corbyn, the leader of the Labour Party, makes Bernie Sanders look like Bob Dole. He has a visceral attraction to dictators, strongmen, and terrorists who perpetrate their crimes in the name of socialism. He sees the West at the fount of capitalist exploitation and imperialism. Corbyn seems in equal parts blind to the violence of socialism, the goodness of the West, and anti-Semitism in his own party.

Corbyn’s ideologically hidebound embrace of socialism has left him a Pollyanna view of dictators. Upon Hugo Chavez’s death, Corbyn tweeted, “Thanks Hugo Chavez for showing that the poor matter and wealth can be shared. He made massive contributions to Venezuela & a very wide world.” When the world condemned Nicolás Maduro’s rigged elections this year, Corbyn decried “outside interference” from the U.S., drawing a rebuke from Secretary of State Mike Pompeo that “no leader in a country with Western democratic values ought to stand behind” the increasingly violent Bolivarian dictator.

Nevertheless, he persisted. Corbyn joined Ilhan Omar and the global Left in denouncing Bolivia’s removal of Evo Morales after his own sham election as a “coup.” So pronounced is Corbyn’s animus against the West that a rumor Corbyn met with a Czechoslovakian intelligence agent in the 1980s gained traction. Corbyn made no such meeting, but his expressed sympathies — and antipathies — would make every Western democracy think twice about sharing sensitive intelligence with the country were he to stand at the helm.

Then there’s the matter of Corbyn’s soft spot for terrorism. Corbyn took part in a 2014 wreath-laying ceremony honoring the terrorists who murdered 11 Israeli athletes at the 1972 Munich Olympics and offered a Clintonesque waffle about his participation. In 2009, he invited “our friends from Hezbollah” and “our friends from Hamas” to an event inside Parliament. Although he later expressed “regret” over his word choice, he did not apologize for describing the two organizations as dedicated to “bringing about peace and social justice” in the Middle East. He went to court to defend an IRA bomb-maker, arguing his arrest amounted to “abduction.” And Russian state media admitted that Russians attempted to kill a British double-agent with a biological agent before Corbyn acknowledged it.

The issue that has come to define Corbyn’s leadership of the Labour Party is anti-Semitism. Corbyn has made Labour, once a voice for racial and religious equality, a home for anti-Semites and conspiracy theorists. He hosted an event at the House of Commons on Holocaust Remembrance Day 2010 titled, “The Misuse of the Holocaust for Political Purposes,” at which speaker Hajo Meyer likened Israelis to the Nazis. He personally defended a mural that used classical anti-Semitic imagery on the grounds that it appeared anti-capitalist. The UK’s chief rabbi wrote that Corbyn had imported “a new poison” to the party, echoing an editorial that three Jewish newspapers ran in tandem warning of “the existential threat to Jewish life in this country that would be posed by a Jeremy Corbyn-led government.” Harry Fletcher, a former Corbyn adviser, believes anti-Semitism is “an institutional thing” that’s “mixed up with the Left of the party.”

That brings up an issue that receives too little attention: Corbyn’s economic collectivist extremism. Corbyn has endorsed the greatest combination of progressive taxation and nationalization since the pre-Thatcher era of the 1970s. The man Corbyn has handpicked to become chancellor of the exchequer, John McDonnell, has casually confessed, “I am a Marxist,” and believes there is great wisdom to be had from reading Das Kapital. Corbyn has mentioned offhand that in his spare moments he daydreams about socialism. Even if he wanted to maintain a pro-American stance out of realpolitik — of which there is no evidence — the weak, sluggish UK he’d create would lack the resources to be of much use.

The polls show a Conservative Party victory for Boris and Brexit. Furthermore, should Corbyn falter, his position as failed opposition leader in two elections should become untenable. But then his record should have made his present, positive image unthinkable — had the media not blacked it out thanks to that other special relationship.

Rev. Ben Johnson is managing editor of the Acton Institute’s flagship publication, Religion & Liberty, and editor of Acton’s transatlantic website. He is an Eastern Orthodox priest and the author of three books. His views are his own.